the best approaches to helping solve your chronic headaches / migraines 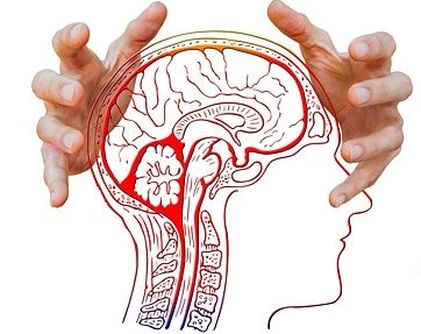 The June issue of the journal for pain doctors, Practical Pain Management, carried an article called Migraine Treatment: What’s Old, What’s New?  In it the author described just how common severe headaches are in the United States, saying they affect, “approximately 27 million American adults, or 17.1% of women and 5.6% of men.”  No matter how you slice it, that’s a lot of people!

After describing the myriad of symptoms that migraineurs may struggle with (including an array of GI and neurological issues), the author gets down to the nitty-gritty.  What everyone who deals with CHRONIC HEADACHES or MIGRAINE HEADACHES (both of which are commonly associated with CHRONIC NECK PAIN) wants to know is what can be done to get rid of these vile creatures?  To get there it’s important to understand some of the triggers. According to this article, “the most common triggers are stress, weather changes, perimenstruation (near that time of the month), missing meals, bright lights or sunlight, under- and oversleeping, food sensitivity, perfume, cigarette smoke, exercise, and sexual activity. Some foods can be headache triggers….”   It’s a heck of a list and great information to know.  If people can avoid the triggers, they will ultimately end up with fewer headaches.   But what about treatment itself?  Some of the things specifically mentioned by this specialist — neurologist Larry Robbins of the Chicago area — include (in no particular order)……

Allow me to add my two cents to this list with a bit of explanation here and there.  I am putting them in the order that I feel would be most helpful most of the time (at least for the first four bullets on the list). Of course everyone is different, so nothing is set in stone.  And while there are individuals out there (KERRIE SYMES for instance) who, no matter what they do, have severe headaches each and every day of their lives, for most of you there is hope.

Dr. Schierling is licensed chiropractor and world-renowned for intervention with persistent chronic pain. Dr. Schierling focuses on a holistic approach to helping end his patients’ chronic pain that includes Scar Tissue Remodeling Therapy.
All Posts »
PrevPreviousamerican sperm counts are less than half of what they were forty years ago
Nexteveryone has heard about menopause, but what about its male counterpart, andropause?Next