the fda: are they here to protect the public, or to run cover for big pharma? 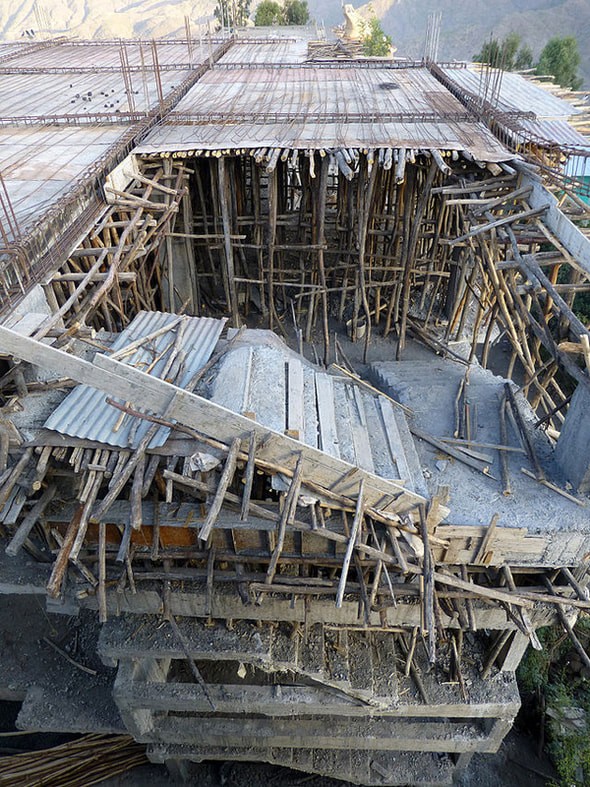 “That misconduct happens isn’t shocking. What is: When the FDA finds scientific fraud or misconduct, the agency doesn’t notify the public, the medical establishment, or even the scientific community that the results of a medical experiment are not to be trusted. On the contrary. For more than a decade, the FDA has shown a pattern of burying the details of misconduct. As a result, nobody ever finds out which data is bogus, which experiments are tainted, and which drugs might be on the market under false pretenses.

The FDA has repeatedly hidden evidence of scientific fraud not just from the public, but also from its most trusted scientific advisers, even as they were deciding whether or not a new drug should be allowed on the market. Even a congressional panel investigating a case of fraud regarding a dangerous drug couldn’t get forthright answers. For an agency devoted to protecting the public from bogus medical science, the FDA seems to be spending an awful lot of effort protecting the perpetrators of bogus science from the public.” – Charles Seife from the February 9, 2015 issue of Slate

Have you ever seen how tall buildings are built in third world countries?  When I was in Ethiopia (Addis Ababa), I saw first hand how they built their tallest buildings.  They might go up 10 or 15 stories, but the concrete was mixed by hand in small batches and then poured into small sections that are tied together with steel and more concrete, and eventually covered over with stucco.

During construction, the whole thing is scaffolded, both on the inside of the building as well as the outside, with sticks.  The end result is a building that looks fine on the outside, but doesn’t hold up to ‘difficult’ environmental situations such as earthquakes — think Haiti just over five years ago.   It kind of reminds me of the house of cards that EBM has become.  It’s had plenty of help along the way.

Ever since I saw the study that was published in last month’s issue of JAMA Internal Medicine (Research Misconduct Identified by the US Food and Drug Administration:  Out of Sight, Out of Mind, Out of the Peer-Reviewed Literature), I have been wanting to do an article on the subject.  It’s yet another reason that you simply cannot trust what you read in peer-review (EVIDENCE-BASED MEDICINE) — particularly if it has to do with the pharmaceutical industry.  If you think I’m overreacting, take a look at the study’s in-your-face conclusions.

“When the FDA finds significant departures from good clinical practice, those findings are seldom reflected in the peer-reviewed literature, even when there is evidence of data fabrication or other forms of research misconduct.”

In other words, despite the fact that an absurd amount of junk research makes it into peer-reviewed medical journals in the first place, the FDA is loathe to do anything about it once they find it (if they ever find it).  Oh; they might slap the hand of the study’s author and say, “shame, shame, shame“.  But any sort of public revelation or redaction of falsified results…..?  It’s not happening.  Why not?   Let’s ask Charles Seife.

Seife is an author, journalist, and professor at New York University.  But he’s not your average, everyday writer.  Seife practically has “Ivy” coming out of his ears.  With degrees in mathematics from both Yale and Princeton, as well as a journalism degree from Columbia, he’s not your typical newspaper columnist.  He has written for both Science and New Scientist, as well as publishing several best-selling books.

On top of all this, he is now being published in some of the most prestigious medical journals of our day.  It was Seife who authored the recent piece for the online magazine Slate (Are Your Medications Safe? The FDA Buries Evidence of Fraud in Medical Trials. My Students and I Dug it Up).

Here’s why his topic is such a huge deal.  If you can’t trust the FDA to protect you against the likes of “Big Pharma” and the crappy (and fraudulent) research they sign off on over and over again, how on earth do you expect them to protect you and your family from things like DANGEROUS DRUGS, ANTIBIOTIC OVERUSE, UNSAFE VACCINES, POOR DIETARY RECOMMENDATIONS, XENOHORMONES, and any number of other things that have the potential to significantly affect one’s health?  That’s just it —- you can’t.

In his paper in JAMA, Seife reveals that the most common reason the FDA gives for their behavior is as follows.  “The most common excuse the agency gives is that exposing the details about scientific wrongdoing—naming the trials that were undermined by research misconduct, or revealing which drugs’ approvals relied upon tainted data—would compromise ‘confidential commercial information’ that would hurt drug companies if revealed.”

This is certainly interesting in light of the FDA’s “revolving door” employment.  Especially considering that other governmental regulatory organizations (think the IRS, OSHA, EPA, or any of hundreds of others) would never cut you or I a similar kind of break.  In fact, if his quote is accurate, I would categorize the FDA as enablers  —- or even accomplices.

I have read any number of commentaries on what it is like to be in the upper echelon of the FDA.  When people get to the highest level positions in the organization, they don’t tend to stick around very long — particular intriguing in a society where people tend to clamor for good government jobs and the excellent benefits and retirement that go with.  If you want to read a great example of the common phenomenon of top dogs in the FDA quitting to take ridiculously high-paying jobs as “CONSULTANTS” in the Pharmaceutical Industry, just click the link.

His story (Slate) ends by telling us that…

“It’s a sign that the FDA is deeply captured, drawn firmly into the orbit of the pharmaceutical industry that it’s supposed to regulate. We can no longer hope that the situation will get better without firm action from the legislature. The FDA wants you to take it on faith that its officials have the public’s best interest at heart. Justification through faith alone might be just fine as a religious doctrine, but it’s not a good foundation for ensuring the safety and effectiveness of our drugs. After all, the whole point of science-based medicine is to keep us from having to make a leap of faith every time we swallow a pill“.

As if you have not already guessed it, the whole thing is about the same thing it’s always about —- MONEY. To spread the wealth (not money but my posts) with your friends and loved ones, be sure to like, share or follow on FACEBOOK.

Dr. Schierling is licensed chiropractor and world-renowned for intervention with persistent chronic pain. Dr. Schierling focuses on a holistic approach to helping end his patients’ chronic pain that includes Scar Tissue Remodeling Therapy.
All Posts »
PrevPreviouspre-diabetes (metabolic syndrome), the ama, and our government
Nextgenetics -vs- epigenetics: which is the bigger factor in health and disease?Next