TAMING THE BEAST
CONTROLLING OUT OF CONTROL BLOOD SUGAR 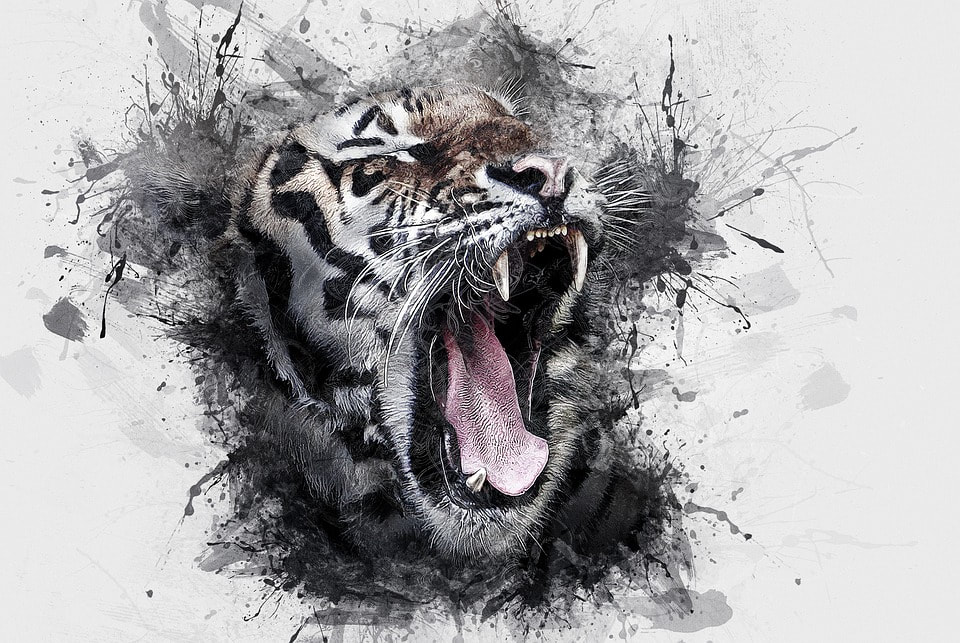 Brigitte Werner – Canim Lake, British Columbia/Canada – Pixabay
Blood sugar can be a beast.  It prowls around like a roaring lion, seeking whom it may devour.  If you cannot get your blood sugar under control, you will pay a serious price — with your health — and eventually with your life.  Although this price might come in the form of a more common blood sugar issue (Diabetes for instance), it may come in the form of something more insidious —- one of the many health problems not so readily associated with blood sugar regulation problems —- things like AUTOIMMUNITY, ENDOCRINE PROBLEMS, or NEUROLOGICAL ISSUES.  If you have no idea what I am talking about, you need to first read YESTERDAY’S BLOG POST.  If you are up to speed with that information, please proceed.  Here are a few suggestions for “Taming the Beast“.
LOW CARB:   In light of what we learned yesterday about the way that blood sugar and insulin work in concert with each other, it only makes sense to limit the amount of starchy or sugary foods that we put in our mouths. This is not rocket science. How do you fatten a beef?  Certainly not by feeding them fat.  You fatten cattle by feeding them grain and sugar (molasses).   It is not going out on a limb to say that we eat far too much grain in America — particularly processed grains.  And if that is not bad enough, every man woman and child in America consumes on average over 160 pounds of sugar each year — much of it in the form of HFCS, which is far worse.  Gulp! Can anyone think of a quicker way to burn out a pancreas?

Instead, you need to be eating lots and lots of fresh or frozen vegetables, some fruits (low Glycemic Index fruits such as berries), and plenty of healthy meats, eggs, fish, chicken, etc (no ANTIBIOTICS or hormones please). Oh, and for those who feel that they can drink diet soda because it is “low carb”, CHECK OUT THE LATEST RESEARCH on this matter.  Even though DIET SODAS do not raise blood sugar, they create an increase in blood insulin levels that can actually be greater than that created by drinking regular soda.  This is why diet soda has been proven to make you gain more weight than regular soda.  Here is the information on LOW CARB EATING.  Truthfully, I usually recommend PALEO.

EXERCISE:  What is the best exercise for losing weight and controlling blood sugar?  That’s easy —- watch your diet.   Although exercise has about a million benefits, much of the current research is showing that it is not as effective as once thought at shedding pounds.  However, when coupled with a Low Carb Diet, exercise becomes a valuable tool for controlling blood sugar levels.

If you are not already engaged in an exercise program; just do something.  However, if you want to get serious about getting in shape, losing the excess weight, and getting your blood sugar under control, you need to engage in some form of STRENGTH / RESISTANCE TRAINING, as it has been shown to be far more effective than Cardio.   Americans continue to get heavier and heavier at least partly because we have become a largely (no pun intended) sedentary people.  To over-simplify things, blood sugar will either be burned for energy or converted to fat.  As we all know, it is much easier to convert sugar to fat, than it is to convert fat back to sugar!  Move.  Walk.  Jump.  Bike.  Swim.  Lift weights.  Get to Mary and Pam’s Zumba classes.  Just do it!

PGFO:  PHARMACEUTICAL GRADE FISH OIL is a must for every family. I can show you hundreds of peer-reviewed medical studies on fish oil and Omega-3 fatty acids that say Americans are getting between 1/20th and 1/30th of the amount they should be getting.. This is because our idea of “oily fish” is catfish that has been deep-fried in TRANS FATS.

Remember yesterday’s discussion on INFLAMMATION? The fats that you eat are either driving inflammation or inhibiting inflammation.  And if you do not think this is a big deal, think again.  Inflammation has been touted as a “causal” factor in all sorts of problems including heart disease, cancer, diabetes, arthritis, autoimmunity, degenerative arthritis, LEAKY GUT SYNDROME, and even DISC DEGENERATION and DISC HERNIATIONS.   If this list looks suspiciously similar to YESTERDAY’S LIST, it is only because high blood sugar causes an extreme inflammatory response!  They are basically two sides of the same coin.

PROBIOTICS:  Hopefully you recall our discussion about Gut Health and its relationship to good bacteria.  For Pete’s sake; take PROBIOTICS (good bacteria) — especially if you have been on ANTIBIOTICS. I know, I know, I know; if it were so important, why didn’t your doctor tell you this?  Who knows?  Maybe it has something to do with job security!  Unfortunately, POOR GUT FLORA is being linked to autoimmunity, poor immune system function, and all sorts of Endocrine Problems. This is because a whopping 80% of you entire immune system is found in your gut!  If you did not grasp the importance of this last sentence, re-read it until you do.  Gut health is such a critical issue, I actually created a website on the topic —- ENDOGUT.

THE MOST IMPORTANT THING
The truth is, there are a plethora of things to do to get blood sugar under control.  The key is to tackle these things one at a time.  However, the very first thing that you will have to do in order to get your blood sugar under control is to cut the sugar and processed carbs.  It’s hard. No, I take that back; it’s really hard.  In fact, for many of us, CARBS ARE LIKE CRACK!  Yeah, that’s right —- My name is Russ and I’m a Carbaholic.

Except for the occasional binge, I’ve been clean for the past 15 years.  But heaven help me if I get started.  It can take almost a week to kick the cravings.  And that is what most of us have to do.  We have to go “cold turkey“.  There are people reading this post who can dabble with junk carbs —– a “nibble” of pecan pie here, or a “taste” of chocolate cake there.  Not me buddy!  Give me a donut, and I want a dozen!  Junk carbs, or those foods we like to deceive ourselves with (white potatoes, pasta, orange juice —- yeah, ORANGE JUICE is so absurdly high on the Glycemic Index that it is the food of choice for raising a diabetic’s blood sugar once they go into Reactive Hypoglycemia) can be my downfall if I’m not careful.

I was in K-State’s dual-degree “Exercise Physiology / Nutrition” program for four years before deciding on a life in chiropractic.  I was educated in the mid 80’s by professors who were touting the Food Pyramid, “carb-loading”, the wonders of SYNTHETIC NUTRITION, and Low Fat / No Fat diets.  I would like to go back with some research in hand, and show them just how wrong-headed their thinking was.  Don’t get caught making the same mistakes.  Realize that you have to seriously cut back on the processed carbs to control your blood sugar!  This is the first and most critical step of almost every healing / health protocol.