time to get the holiday challenge﻿ going again

THE HOLIDAY CHALLENGE
FIND A FRIEND AND DO IT TODAY! 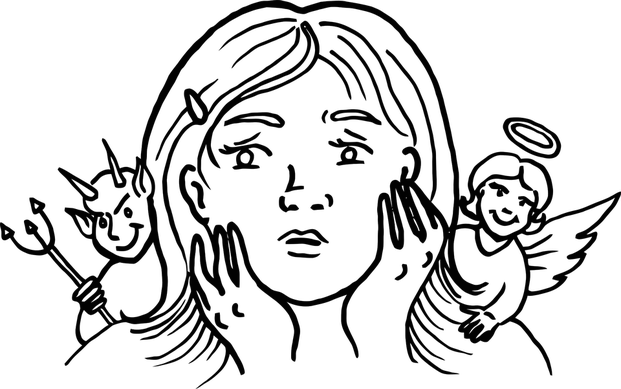 Maybe you are different than me? Maybe you can totally junk out over the Holiday Season and not end up hyper-stimulating your ADRENAL GLANDS or gaining enough weight to be mistaken for a Sumo Wrestler?   Maybe you aren’t a SUGAR ADDICT?  Maybe you don’t crave holiday goodies?  Maybe you can stop with one piece of pie?  And maybe the moon really is made of green cheese?

I all but quit consuming SUGAR / SODA about 16-17 years ago, when I saw what it was doing to me.  During that time, I have experimented enough with my diet to know that I am moderately GLUTEN SENSITIVE, CARB / SUGAR SENSITIVE, and am prone to INFLAMMATION when I eat the wrong foods.  I have a PROBLEM with holiday goodies, and if I am not careful, I can play a game with myself over the holidays that looks like this:

CONVERSATIONS WITH MYSELF
THE DEVIL ON MY LEFT SHOULDER:  It’s OK Russ.  After all, it is the Holiday Season.  You deserve it.  Live a little buddy — treat yourself.  You do so good for the rest of the year; what could it hurt to just have a little taste?  Come on; you’ll offend your hosts if you don’t at least sample some of these treats.

THE ANGEL ON MY RIGHT SHOULDER:  Hold on Russ.  You aren’t really even hungry — let alone hungry for that kind of stuff.  Just think about the metabolic strain it will put on your system.  Not to mention pal; you know good and well the sort of cravings that this stuff will unleash on you.  Don’t do something you’ll regret later.

THE DEVIL ON MY LEFT SHOULDER:  Stop it already. Stop being such a party pooper!  Just for once I’d like to see you stop playing ‘The Doctor’ and live a little bit.  For Pete’s sake, it’s only one glass of eggnog / piece of toffee / slice of pie / homemade cinnamon roll / slice of fresh baked bread /  __________ (insert your own personal G.O.C. — Goodie of Choice — here).

ME:  TO MYSELF:  Well, I guess it wouldn’t hurt to have just one.  OUT LOUD:  Sure; I’ll take whip cream with that.

THE DEVIL ON MY LEFT:  See.  That wasn’t so bad, was it?  And since you’ve already blown it, you may as well have some more.

THE ANGEL ON MY RIGHT SHOULDER:  It’s not too late to stop.  You know how you are going to feel after doing this.

THE DEVIL ON MY LEFT SHOULDER:  Good job buddy.  You deserved that. Cravings?  Not a problem.  You’re tough.  You’ll be able to lick those cravings.  No sweat.  But in the meanwhile; tis the season to be jolly.  It’s OK to feed your cravings over the holidays.  Look around you Russ.  It’s what Americans do! You’re just being normal.

ME A FEW WEEKS LATER:  Boy howdy; I really have blown it.  I guess it would not really matter to just blow it for the rest of the year and Kick off the New Year with a brand new Resolution.

THE DEVIL ON MY SHOULDER:  Good idea Russ.  New Year’s Resolutions are always such an effective way of dealing with bad habits and addictions — every year.  When January first hits, just train a bit harder —- or better yet; START RUNNING.  That’s always a grrrrrrrreat way to tip the balance in your favor!

Seriously; you know whether or not this post is relevant to you.  Some people can handle their sugar —- at least until they develop DIABETES and all the problems that go along with.  Me; I’ve come to realize that as long as I don’t touch it, I don’t really want it.  Get me started however, and I can become a raving lunatic.  HERE, HERE, and HERE are some articles to help you understand the process, and encourage you to succeed (HERE are all my articles about Weight Loss).  If you want some real motivation, check out the results of LAST YEAR’S HOLIDAY CHALLENGE.  Find a friend and hold each other accountable.  HERE is my friend’s follow up to last year’s Holiday Challenge from a few months ago (and HERE is his wife Kate’s testimonial).  I am calling you out Rick.  Are we on for this year?  You can’t defeat me two years in a row.  Truthfully man; I’m so proud of the way that you and Kate have turned things around by changing your diets.