too many low back mri’s deemed “unnecessary” 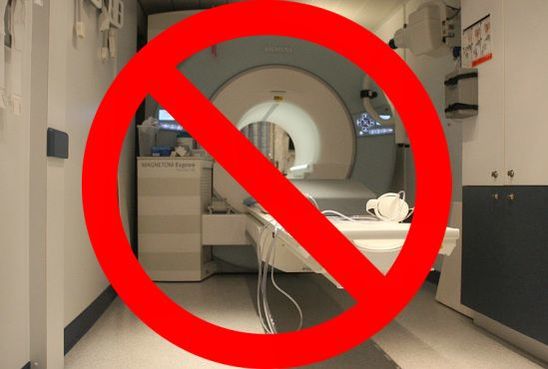 Although I wrote about this problem of MRI OVERUSE a couple of years ago, it bears repeating —- especially when a brand new study from this month’s issue of JAMA (Journal of the American Medical Association) Internal Medicine is rehashing this concept themselves.  A recent issue of MedPage Today reviewed this brand new study and had this to say.
Amazingly enough, it was determined that less than 35% of the low back MRI’s ordered by family doctors could even be considered “appropriate”.  Specialists did not fare much better.  Only Neurosurgeons had a rate greater than 50%.  As crazy as it seems, more than 50% of the low back MRI’s ordered by both neurologists and orthopedic surgeons were considered to be “inappropriate”.  The question is why.

Why does mainstream medicine seem to saying we need to order fewer MRI’s for low back pain, even though statistically they are ordering more of them than ever?  It is a great question that deserves a truthful answer.  There are studies that say much of this is about money.  When physicians have a financial interest in the facility where the MRI’s are taken, the numbers of MRI’s taken seems to explode.  But truthfully, most doctors do not have financial interest in the facilities they refer to for imaging (for one thing, it’s now illegal in most places).  I believe that much of this over-ordering of MRI’s has to do with the fact that most doctors —- particularly “family physicians” as stated above —- have little understanding of what causes low back pain and how to effectively deal with patients struggling with low back pain.

Case in point is a study on this very subject by a medical doctor —- Kevin B. Friedman.  In the October 1998 issue of the prestigious Journal of Bone and Joint Surgery, Dr. Friedman, a Princeton graduate who happens to be considered one of Philadelphia’s top Orthopedic Surgeons / Sports Doctors (knees and shoulders), published a study called “The Adequacy of Medical School Education in Musculoskeletal Medicine“.  Dr. Friedman created a basic (competency) test of musculoskeletal knowledge.  He then contacted the chairs of the Orthopedic Department of 157 different American medical schools and had them rate his questions and tell him what they thought a passing score should be.  The test was then administered to Orthopedic Residents.  The results were frankly shocking.

82% of the medical residents (M.D.’s who had graduated from medical school and were now in their residency) failed the exam.  When the test was re-administered four years later, the number had improved by a whopping 4%.  When Chiropractic Students (not yet graduated from school) were given the very same test in their final quarter of school, the pass rate was 70%.  I find this telling.  You should too — particularly if you are dealing with low back pain or for that matter; any of THESE OTHER PROBLEMS.

On top of the issue of competency, we have to talk for a moment about ASYMPTOMATIC DISC HERNIATIONS.  Another of the dirty little secrets of the medical profession are the huge numbers of DISC BULGES in the general population.  According to the link at the top of the paragraph, about half of the adult population is walking around with disc bulges that they are completely unaware of because they have no pain.  Do you think that this could cause confusion in the medical community — particularly if they are searching for the cause of your low back pain?  Absolutely!  This is why a recent study said that 85% of the people with low back pain cannot be definitively diagnosed as to what tissue their pain is originating from (HERE).

And what about PIRIFORMIS SYNDROME?  Even though studies have shown it to be the number one reason for Sciatica (leg pain), it is still all but totally ignored by the medical community.  Throw all these ingredients together, stir them up, and you have a recipe for lots of unnecessary MRI’s —- the very thing we currently have in our healthcare system.