trust evidence-based medicine?  how could you in light of the brand new study from the british medical journal? 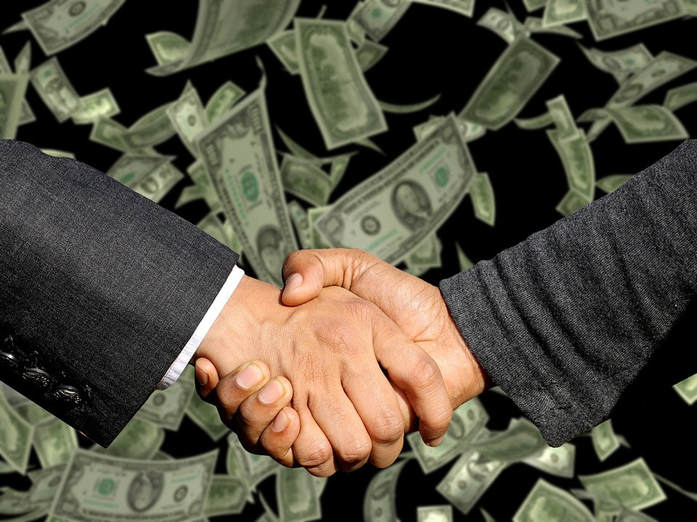 A brand new study from the British Medical Journal (Collaboration Between Academics and Industry in Clinical Trials: Cross Sectional Study of Publications and Survey of Lead Academic Authors) has proved what we already knew — that industry-funded studies are being controlled at virtually every step of the process by those supplying the funding.  After looking at 200 studies in the heaviest of the heavy-hitter medical journals (New England Journal of Medicine, Lancet, JAMA, BMJ, Annals of Internal Medicine, JAMA Internal Medicine, and PLoS Medicine), researchers discovered that when it comes to  “industry funded trials of vaccines, drugs, and devices“………

“Collaboration between industry and academics is common in the development of vaccines, drugs, and devices.  Industry employees and academic authors are involved in the design, conduct, and reporting of most industry funded trials in high impact journals. However, data analysis is often conducted without academic involvement.”

Why does it matter?  Because as we’ve seen with the latest EBM fiasco, the one involving Sloan-Kettering (one of America’s most famous CANCER hospitals), the dominoes continue to fall.  Just yesterday Propublica published an article titled Memorial Sloan Kettering’s Chief Executive Resigns From Merck’s Board of Directors.  This fellow, one Craig Thompson MD, stepped down after it was revealed that his 6.7 million annual compensation package wasn’t good enough.  He was also being paid approximately $600,000 a year to sit on the boards of drug manufacturers Merck and Charles River Laboratories — companies that funded research in his hospital.  This on the heels of SK’s head researcher (Dr. José Baselga) resigning after it was revealed a few weeks ago that he was collecting millions (plural) from industry (HERE).

We have seen over and over from studies found in the EVIDENCE-BASED MEDICINE section of my blog that whether it’s Thompson, Basegla, or any of the thousands upon thousands of others around the world, the results are always the same…..  Industry wins and wins big, able to tout their products and services as “best evidence,” while having it all incorporated into the GUIDELINES published by industry insiders who are frequently as financially conflicted as the researchers.  Here’s what the latest issue of BMJ had to say about this sordid mess.

“Previous work and examples suggest that collaboration between academics and industry may result in commercial considerations outweighing science and constraints on academic freedom. For example, previous studies have found that some trial agreements permit funders to block publication. Furthermore, academics have reported problems with stalling of publications, restriction of publication rights, and threats to never fund their institution again owing to reporting of negative results or harms.  A survey of Canadian trial investigators found problems in relation to industry control over study design, ownership of and access to data, and data analysis.”

Do you realize that 50% (half) of all biomedical studies go unpublished?  It’s so common that it’s known within industry as “INVISIBLE & ABANDONED“.   And now it’s revealed that industry’s ability to block publication is written into the contracts.  In other words, if industry doesn’t like what they see, simply abandon the research, move on to the next project, and figure out how to set this experiment up just a bit differently, so as to prove whatever they want to prove.  How bad has this problem gotten?   It came to a boiling point a few weeks ago when more than one third of the board of the world’s most elite proponent of EBM, the Cochrane Collaboration, resigned over this very issue as related to the HPV Vaccine (HERE).

Thanks to facts like these, as well as the ineptitude of our government’s alphabet soup of regulatory agencies (HERE is a great example of the ties between the FDA and industry), you’ll have to wake up to the fact that your health depends entirely on you.  What do I mean?  As Donnie Iris sang in 1981’s hit, Love is Like a Rock, “you can’t depend on your doctor“.   Essentially you are going to have to do it on your own.

You see; it’s not that your doctor is a bad person — just the opposite. However, they are part of a system that as I showed you the other day (HERE), is so thoroughly corrupt that cleaning it up has thus far proved impossible.  It’s also why I created a simple, generic list of things to help diminish the systemic inflammation that’s driving so many chronic health issues and so much chronic pain (HERE).  If you know someone who needs this information, be sure to get it in front of them by liking, sharing or following on FACEBOOK as it’s arguably the best way to reach the people you love and care about most.