SHOOTING FREE THROWS
AND
THE  SIDE EFFECTS OF ANTIDEPRESSANT MEDICATIONS 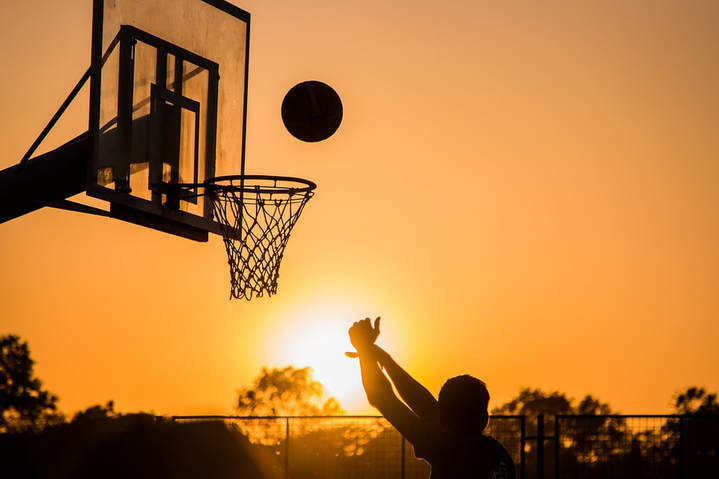 “I recently set the world record for consecutive free throws — 43,548 in a row.   You might doubt me, but I really think that I can make at least that many three pointers in a row as well.”  Dr. Russell Schierling

“Selective serotonin reuptake inhibitors (SSRIs) and serotonin-norepinephrine reuptake inhibitors (SNRIs) are some of the most commonly prescribed drugs.  A 2004 UK review showed a noticeable discrepancy between published and unpublished trials and increased suicidal behaviour in children and adolescents.  A recent review of clinical study reports showed that essential information on patient relevant outcomes was often missing in the published articles.  Research undertaken by our centre [Cochrane] using nine clinical study reports on duloxetine [Cymbalta] found that data on major harms was missing from journal articles and in summary trial reports….  We suggest minimal use of antidepressants in children, adolescents, and young adults, as the serious harms seem to be greater, and as their effect seems to be below what is clinically relevant.  Alternative treatments such as exercise or psychotherapy may have some benefit and could be considered, although psychotherapy trials also suffer from publication bias.”

Cherry picked from the brand new BMJ study being discussed today.
YESTERDAY I told you of the government’s plan to evaluate every American citizen for Depression.  Not only should you be worried if you are a fan of the Second Amendment, but the myriad of PROBLEMS ASSOCIATED WITH ANTIDEPRESSANT MEDICATIONS (SSRI’s) are borderline freaky.  This is born out in a new study (Suicidality and Aggression During Antidepressant Treatment: Systematic Review and Meta-Analyses Based on Clinical Study Reports) from this month’s issue of the British Medical Journal (BMJ).   Allow me to shift gears for a second.

On April 28 of 1996 — just a few weeks after Amy and I were married — Ted St. Martin earned a spot in the Guinness Book of World Records by sinking 5,221 free throws in a row, over a span of nearly seven and a half hours.  On the surface, you might be impressed.  Don’t be.  He’s got nothing on me.  On any given day I could go out and make ten thousand, twenty thousand, or even thirty thousand consecutive throws.  Truth is, I never miss.  Ever.  In fact, I shoot free throws so well, I make Rick Barry look like the Pontiff in high heels.  What’s my secret?  How did I get to be so good at free throws?  Easy.  In my world, misses don’t count.  I only tally makes.

For a very long time, BIG PHARMA has been doing the same thing.  Only what they are doing is far more sinister because unlike me who’s doing nothing more than blowing a bunch of hot air, they’re actually killing people — MOSTLY CHILDREN.  How are they doing this?  THEY ONLY TALLY THEIR MAKES (they only publish studies favorable to their products).  I did an entire series on this epidemic of what have come to be known in the industry as INVISIBLE AND ABANDONED STUDIES.  Listen to what Megan Thielking of the medical daily, STAT Morning Rounds had to say just this morning.

“The side effects of antidepressants might be seriously underestimated.  Youths have a doubled risk of aggression and suicide when they’re on one of the five most commonly prescribed antidepressants, according to a new meta-analysis of 68 studies. But even that may be a low estimate, as published trial reports often don’t contain full information on the harms of antidepressants, like case reports of suicide attempts.  One big example: 90 percent of suicide attempts by patients were missing in summary trial reports from Eli Lilly. To fix the problem, companies would have to cough up those case reports. ‘All the data needs to be made publicly available,’ said author Tarang Sharma of Denmark’s Nordic Cochrane Center.”

Guess what happens when all the data on antidepressant medications becomes “publicly available“?  We see that these drugs — just like I showed you yesterday — are little better (many would argue no better) than placebo.  Not surprising, since they don’t address THE UNDERLYING CAUSE of Depression.   If you want to get down to the brass tacks of conquering your Depression, at least READ THIS ARTICLE.

Dr. Schierling is licensed chiropractor and world-renowned for intervention with persistent chronic pain. Dr. Schierling focuses on a holistic approach to helping end his patients’ chronic pain that includes Scar Tissue Remodeling Therapy.
All Posts »
PrevPreviousscreening everyone for depression?
Nextmore on cipro and other fluoroquniolone antibioticsNext