what camp wood has meant to me

The summer is gone I can’t believe it went so fast.  Patty Smyth from 1992’s self-titled album (No Mistakes)

Those days are gone, now they’re memories on the wall.

I hear the sounds, from the place where I was born.  I hear the songs, reminding me of a friend.  Up on a hill across a blue lake……….   The Swedish House Mafia from “Don’t Worry Child“
I grew up in rural Kansas — very rural Kansas — Chase County to be exact — in the heart of the Flint Hills.  You can always tell how rural a community is by the fact that people do not tell you what town they are from, but instead tell you what county they are from.  Chase County currently has a population well under 3,000 people — just like it did when I lived there.  The pictures above are of the famous Cottonwood Falls Courthouse, and Main Street Cottonwood Falls (taken from the front steps of the courthouse).  The courthouse is the oldest still in continuous use west of the Mississippi River.  Although I grew up about 6 miles away in Elmdale, I went to high school at CCHS in Cottonwood Falls — the only high school in the county, and home to one of only two grade schools in the county (the other being a couple miles away in Strong City).

Elmdale is not much of a town now (population 51) — and truthfully, it wasn’t much of a town back when I lived there.  Today, its biggest claim to fame is the fact that you basically have to pass through it to get to YMCA CAMP WOOD —- about a mile and a half drive.  A lot has changed at Camp Wood during the past 40 years.  I can remember going up there for church cookouts as a little kid.   Sometimes we would even ride our bikes out there to explore the place or swim in their lake (the old one, with an island in the middle — and both a low dive and a high dive) during the years that the camp was either closed or barely open.

Having gotten tired of working on my Grandpa’s farm, I decided after my freshman year of college (on Tom’s advice) come to camp and work as a counselor / life guard / river guide / part time wrangler / part time maintenance person / etc, out at camp.   By this time, Camp Wood was making a resurgence under the guidance of Luke Austenfeld.  Numbers were up and the facility itself was being resurrected from the dead.  Back in the day, we did a lot of heavy, hard work in those weeks before Y-camps actually started and the children arrived (painting, breaking concrete, digging trenches, tearing down old structures, etc, etc).    But still; the camp looked nothing like what you see today. 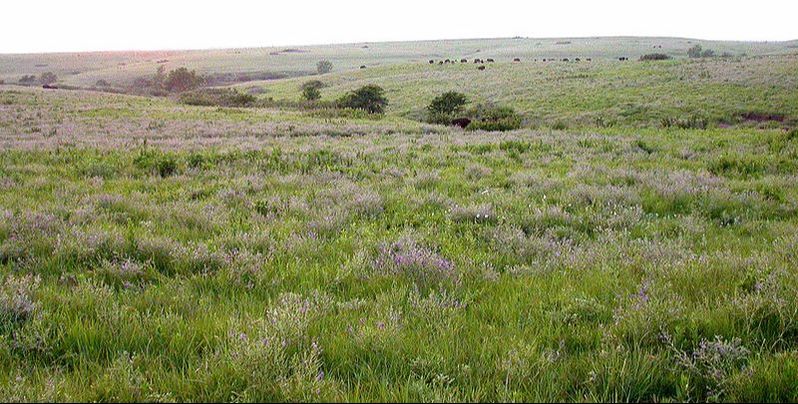 Twenty Five years ago today, that’s where I was —- spending my last summer at Camp Wood.  Some of those memories include things like open-air camp outs at Flat-top & Robber’s Gulch (on horseback), camping out on the Island, camping on the Cottonwood River, camping out at the Teepee, and several other places that were sometimes distant from the main camp.  I fondly remember the cooking of Laura Mae Spence and Mez Davis (I don’t know what it’s like now, but we got real food back then).  I remember weight lifting sessions on the porch of the Nurse’s Cabin until we all collapsed.  I can remember when the lake not only had a low dive, but a high dive as well — and an island.  I was there when Tom (he has two engineering degrees now) designed and then redesigned the Rope Swing.   And who could forget all the stories about “Tyrone” and “Kapoochee“?

There were the wild games of “Gold Rush”, skit nights, Luke doing “the gorilla”, and trips to “The Castle”. There were specialized camps (wrestling and soccer) where I was able to meet and rub shoulders with several sports legends (the Smith brothers — John, Pat and Mark, and “Stormin” Norman Piper come immediately to mind).  We went through many a severe Kansas storms and more than our fair share of drought and heat while at camp.  I remember teaching shooting at the old rifle range behind the old lake, and leading over 60 canoe trips my first year there.  There were several of us that would get together to play music, and who could forget sitting around listening to Jon B. play the piano and sing?  What about the “Camp Wood Softball Team” that used to play league in Cottonwood Falls during the weeks before the YMCA camps started?  I can remember more than once, the staff coming down to my folks place to eat homemade ice cream.  Then there was the 24 hours off between noon Saturday and noon on Sunday (a couple of things that immediately come to mind are MOTORCYCLING, and hanging out at the bridge from the movie (Murder Ordained).

When I was home from college or Chiropractic School, I used to go out and see what was going on at camp and spend some time on the lake or hiking the hills and ravines to the south and east.   When the flood of 1998 went over the Elmdale dike and put two feet of water in my folk’s house back in the fall of 1998, they ended up moving about an hour away (close to Melvern). Between that and the fact that Rick had moved on to a different camp, I have not been back in probably 15 years.  Those days at Camp Wood are getting farther and farther away, but even today when I hear certain songs on the radio, I am immediately transported back to those summers.