what is the medical community saying about routine pelvic exams?

ROUTINE PELVIC EXAMS
ANOTHER RELIC FROM THE PAST 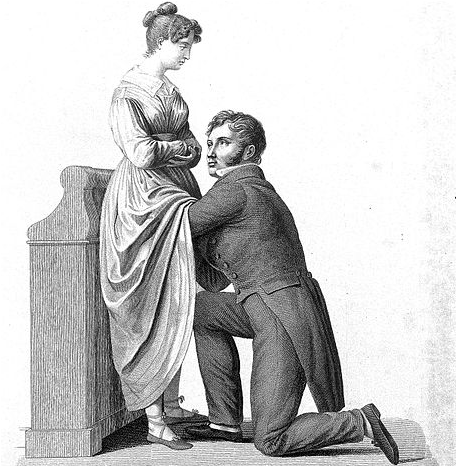 Wellcome Images M0017860
“Doctors who perform routine pelvic exams have vigorously defended their worth against previous criticism, but on Tuesday their organization, the American College of Obstetricians and Gynecologists, backed away from that firm stance, acknowledging there is little to no evidence that the exam benefits asymptomatic women.”  From last week’s issue of STAT (Millions of Women Undergo Pelvic Exams with No Proven Benefit, US Panel Concludes)

“The exams can also cause harm (in addition to discomfort, for some women). Their rate of “false positives” — finding an apparent problem that isn’t there — ranges up to 46 percent. For instance, when a pelvic exam “detects” ovarian cancer, the chance that the woman actually has that often-fatal disease is 0 percent to 3.6 percent. But a woman given that frightening news, or the less dire news that she has a less serious condition such as ovarian cysts or fibroids, will typically undergo additional, sometimes risky, tests, including biopsies and even surgery for something that might never have affected her.”  Ibid

There are few things that women — especially young women or adolescents — look forward to less than their “annual” (annual pelvic exam).  Not surprisingly, the medical community no longer recommends annual pelvic exams for women who are not having visible / tangible female problems.  It seems that the “annual” has gone the way of the ANNUAL PHYSICAL EXAM, regular PROSTATE EXAMINATIONS, annual MAMMOGRAMS, REGULAR COLONOSCOPIES, and others.

Two years ago this month, the Annals of Internal Medicine published a study (Screening Pelvic Examination in Adult Women: A Clinical Practice Guideline From the American College of Physicians) revealing the ‘The Annual’ had gone the way of the Dodo Bird.  Crunching all data on the subject since WWII ended (1946), the authors concluded that (all results are cherry-picked)…..

“The American College of Physicians recommends against performing screening pelvic examination in asymptomatic, non-pregnant, adult women…..   With the available evidence, we conclude that screening pelvic examination exposes women to unnecessary and avoidable harms with no benefit (reduced mortality or morbidity rates).   The total annual cost of preventive gynecologic examinations and associated laboratory and radiologic services in the United States is estimated to be $2.6 billion.  These costs may be amplified by expenses incurred by additional follow-up tests, including follow-up tests as a result of false-positive screening results; increased medical visits; and costs of keeping or obtaining health insurance.  The studies combined found only 4 cases of ovarian cancer over 1 year, with positive predictive values from 0% to 3.6% indicating that 96.7% to 100% of abnormal pelvic examinations did not identify ovarian cancer.   The evaluated harms included false reassurance, overdiagnosis, overtreatment, and diagnostic procedure–related harms.  Indirect evidence from 1 study on the use of pelvic examination to detect ovarian cancer showed that pelvic examination led to unnecessary surgery in 1.5% of women screened (29 out of 2000).”

The second to the last sentence sums up the reason(s) that these exams are no longer recommended for women who are exhibiting no outward problems.

But it’s not like any of this is new information.   Just days ago, the United States Preventative Services Task Force published their recommended guidelines (Draft Recommendation Statement: Gynecological Conditions: Screening With the Pelvic Examination) — guidelines that will soon be officially recognized, even if your doctor decries them — WHICH THEY WILL.  Below are their cherry-picked conclusions and recommendations.

Did you catch that?  With false positive rates of almost one in ten, and false negatives potentially in the 100% range, it’s no wonder doctors aren’t able to determine much from these tests.   CANCER is a complete bummer.  But the medical community may finally be starting to realize that “PREVENTION” entails much more than trying to perpetuate the myth of early detection by foisting unnecessary tests on you and your family.  If you are interested in cutting the root of most pain and disease from your life and getting healthier, you may want to take a look at THIS POST.

Dr. Schierling is licensed chiropractor and world-renowned for intervention with persistent chronic pain. Dr. Schierling focuses on a holistic approach to helping end his patients’ chronic pain that includes Scar Tissue Remodeling Therapy.
All Posts »
PrevPreviouswhy you can’t trust the press to tell the truth about drugs
Nexthow do drugs work in your body?  in many cases, no one really knowsNext