when it comes to health, it’s all related

ARE ALL DISEASES RELATED? 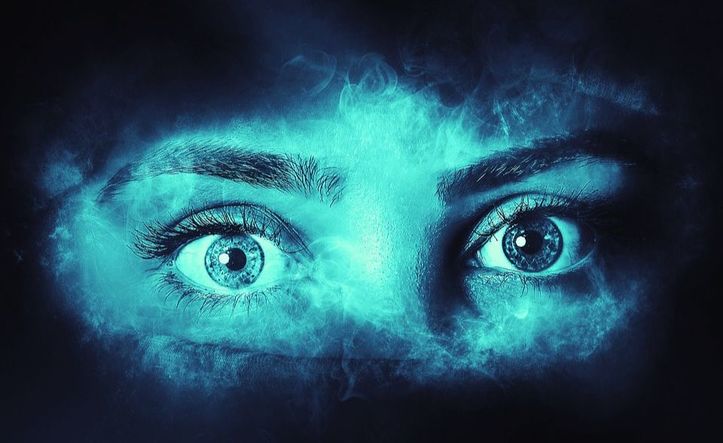 Pete Linforth – Birmingham/United Kingdom – Pixabay
I have often seen “disease” referred to as the body being in a state of dis-ease.  I think that on many levels, this is correct.   For instance, genetics, which was not too long ago the be-all-end-all of explaining sickness and disease, is falling out of favor and being replaced with EPIGENETICS.  Not that genes do not play a part in developing health problems, but the truth is, it is getting tougher to blame anyone other than yourself for your health.  A prime example………..

We now know that practically all diseases are related to each other, either directly or indirectly.  In my UNCONTROLLED BLOOD SUGAR post, we saw that improperly regulated blood sugar is being causally tied to almost every health issue under the sun — even in the absence of outright DIABETES.  Furthermore, we know that gluten is heavily-linked to autoimmunity (HERE).  We also know that Depression is linked to both obesity and diminished libido (HERE).  Now we see a couple of brand new studies saying that Depression is tied to chronic or acute infections and autoimmunity, and that people with Autoimmune Diseases such as Restless Leg Syndrome (RLS —- a form of PERIPHERAL NEUROPATHY) do not live as long as the general population.  Let’s spend a couple minutes looking at these studies, and what they mean to us here in the real world.

The latest issue of JAMA Psychiatry published a study done at Aarhus University in Denmark (Autoimmune Diseases and Severe Infections as Risk Factors for Mood Disorders: A Nationwide Study), that looked at all 3.56 million people born in that country between 1945 and1996.  The study showed that people who were hospitalized because of an Autoimmune Disease (the list is fairly crazy — HERE), have a 45% greater chance of being diagnosed with DEPRESSION or some other mood disorder later in life.  Take it a step further; if you were hospitalized for an infection of some sort, your chances of developing Depression increase by over 60%.  And if you were hospitalized for both?  Your chances of developing Depression or other mood disorders soared by 235%.

The study hypothesized that INFLAMMATION caused Depression by altering the way that NEUROTRANSMITTERS worked in the body, subsequently causing the NEUROENDOCRINE SYSTEM to malfunction.  Although they are surely correct, my guess is that it also has a lot to do with the fact that people with infections are given ANTIBIOTICS, which, while being a potential life saver, are simultaneously a huge Immune System destroyer HERE.  This is probably why there is a ton of research showing that PHARMACEUTICAL GRADE FISH OIL is beneficial to such a wide variety of Inflammatory health issues — including things like ADD / ADHD, Schizophrenia, and yes, Depression.  The study also talked about the way that Inflammation leads to fatigue (CHRONIC FATIGUE / FIBROMYALGIA) and insomnia (SYMPATHETIC DOMINANCE).  In the words of Scooby Do’s Velma, “Jinkies“!

This is a big deal because not surprisingly, lots of Autoimmune Diseases are not only heavily associated with a loss of quality of life, but also with an early death.  Some of these killers are obvious (Lupus for instance).  But some are not only not obvious; people are often not even aware that they are dealing with an Autoimmune Disease.  In a study published in this month’s issue of Neurology (Prospective Study of Restless Legs Syndrome and Mortality Among Men), we learn that men with Restless Leg Syndrome (RLS) were nearly 40% more likely to be dead within 8 years of their initial diagnosis than were men without RLS.  And this is after factoring out things like age and other chronic health problems such as heart disease, diabetes, etc, etc.  BTW, the study said that RLS affects between 5% and 10% of the population (VALUABLE INFO ON RLS AND OTHER FORMS OF PN). Possibly even more shocking is that between 1 in 5 and 1 in 2 Americans have some form of Autoimmune Disease.

If you are dealing with known Autoimmunity, or Chronic Health Issues, please study and learn what you will need to do to take care of these problems.  One thing I can assure you of —- If you are not willing to step outside of the “box” that you have been living and treating in, you will never find the solution you are after.  And because Autoimmune Diseases tend to travel in packs like wolves, you are likely to end up with a half dozen of them.  You may benefit from reading about the UNIVERSAL CAUSES AND UNIVERSAL SOLUTIONS of most forms of sickness and disease.