who was b.j. palmer? 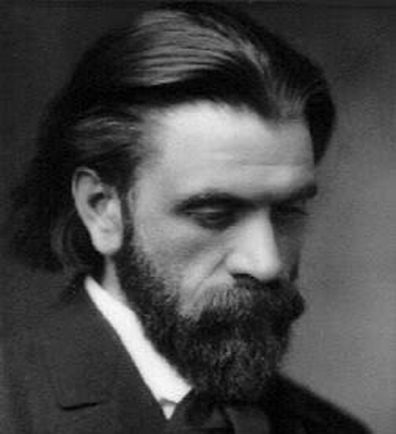 Yesterday, we looked at the life of a visionary healer, DR. ANDREW TAYLOR STILL.  Today we look at B.J. Palmer, the “Developer of Chiropractic“.  B.J. was the son of Chiropractic’s Founder, D.D. Palmer.  And like both his father and A.T. Still, he was a brilliant scientist, clinician, and philosopher, who was truly ahead of his time.  Whereas Dr. Still believed that FASCIAL ADHESIONS were the root of most disease, B.J. believed (and to at least a degree, proved) that a very common cause of disease is NERVE INTERFERENCE due to VERTEBRAL SUBLUXATION.  In fact, B.J. was so adamant about this premise of his philosophy that he coined the saying, “One cause, one cure“.  As far as BJ was concerned, Subluxation was the cause of all sickness and disease, and Chiropractic Adjustments were the solution.  And while he may not have been totally correct, science is today proving him to be more right than most people realize (HERE).

Vertebral Subluxations occur when individual vertebrate are either misaligned or not moving properly in relationship to each other.  Among other problems created by the Subluxation Complex, they irritate nerve function, and interfere with the loop of nerve impulses from the brain to the body and back again via the spinal nerves (kind of like static distorting the music on an old AM radio).  Although much greater technical details are known about the Vertebral Subluxation Complex today, much of what BJ discovered and taught was spot on.   As you can imagine, subtly blocking nerve impulse can cause a whole host of health problems, including to, but not limited to pain.

In order to promote chiropractic in the medically hostile environment of the early 1900’s, BJ was not only a scientist of the highest order, he became an expert at marketing.  During his tenure, Palmer College of Chiropractic actually owned a couple of radio and T.V. stations —- one being the very station where one of America’s greatest presidents, Ronald Regan, got his start in the show business industry as a radio announcer.

In order to understand Dr. B.J.’s 33 Principles of Chiropractic, there a few simple definitions that one must first understand.
Principle # 33:  The Law of Demand and Supply: The Law of Demand and Supply is existent in the body in its ideal state; wherein the “clearing house” is the brain, Innate Intelligence the virtuous banker, brain cells “clerks”, and nerve cells “messengers”.

Principle #32: The Principle of Coordination: Coordination is the principle of harmonious action of all the parts of an organism, in fulfilling their offices and purposes.

Principle #31: Subluxations: Interference with nerve transmission in the body is always directly or indirectly due to subluxations in the spinal column.

Principle #30: The Causes of Dis-ease: Interference with the transmission of Innate forces causes incoordination of nerve impulse, which causes dis-ease.

Principle #28: The Conductors of Innate Forces: The forces of Innate Intelligence operate through or over the nerve system in animal bodies.

Principle #26: Comparison of Universal and Innate Forces: In order to carry on the universal cycle of life, Universal forces are destructive, and Innate forces constructive, as regards structural matter.

Principle #25: The Character of Innate Forces: The forces of Innate Intelligence never injure or destroy the structures in which they work.

Principle #22: The Amount of Innate intelligence: There is 100% of Innate Intelligence in every “living thing,” the requisite amount, proportional to its organization.

Principle #19: Organic Matter: The material of the body of a “living thing” is organized matter.

Principle #18: Evidence of Life: The signs of life are evidence of the intelligence of life.

Principle #17: Cause and Effect: Every effect has a cause and every cause has effects.

Principle #14: Universal Life: Force is manifested by motion in matter; all matter has motion, therefore there is universal life in all matter.

Principle #13: The Function of Matter: The function of matter is to express force.

Principle #11: The Character of Universal Forces: The forces of Universal Intelligence are manifested by physical laws; are unswerving and unadapted, and have no solicitude for the structures in which they work.

Principle #10: The Function of Force: The function of force is to unite intelligence and matter.

Principle #8: The Function of Intelligence: The function of intelligence is to create force.

Principle#6: The Principle of Time: There is no process that does not require time.

Principle#4: The Triune of Life: Life is a triunity having three necessary united factors, namely, Intelligence, Force and Matter.

Principle #1: The Major Premise: A Universal Intelligence is in all matter and continually gives to it all its properties and actions, thus maintaining it in existence.

THE SEVEN AXIOMS OF CHIROPRACTIC PHILOSOPHY AS SUMMED UP BY
DR. JASON BLACKETTER OF BENTONVILLE ARKANSAS
BJ’s Work Simplified to Seven Concepts

Do I buy into 100% of what Dr. Palmer was selling as far as his philosophy is concerned?  Certainly not.  I would never for one moment say that Vertebral Subluxation is the one and only reason that people get sick.  I also think that in many ways, BJ had gone beyond philosophy and was was essentially creating his own dogma / religion.  However, not only was the man unarguably and brilliantly ahead of his time as far as understanding health, sickness, and disease, as far as their relationship to Spinal Health is concerned; tomorrow, I am going to show you just how far ahead of his time he really was.  Come back tomorrow to learn why both B.J. Palmer and A.T. Still were closer to the truth than you might believe.
Share on facebook
Facebook
Share on twitter
Twitter
Share on linkedin
LinkedIn
Share on pinterest
Pinterest
Share on reddit
Reddit