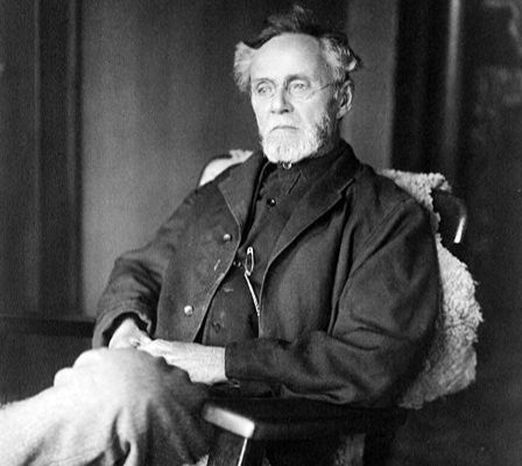 “The soul of man, with all the streams of pure living water, seems to dwell in the fascia of his body”    A. T. Still  M.D.
“I know of no part of the body that equals the fascia as a hunting ground…..   All nerves go to and terminate in that great system, the fascia.”     A.T. Still  M.D.
It always amuses me when I hear people talking about how intelligent our modern, hi-tech society is, when compared to previous cultures or societies.  And on top of this, numerous people have been brainwashed by the medical community into believing that they have all the answers.  Sorry.  Just compare the average writing and speaking ability of our Founding Fathers; many of whom were teens or very young men when they started their endeavor to bring about a free country (they were statesmen), to today’s ‘politicians’.   And when it comes to healthcare and health philosophy, we have the same sort of situation.  Over the next couple of days, we are going to look at B.J. PALMER, the son of Chiropractic Developer D.D. Palmer of Davenport Iowa, and Andrew Taylor Still (1828 – 1917), and show you that new research is proving both correct.

A.T. Still was a medical doctor who was the son of a medical doctor / preacher who broke away from his chosen profession to begin a new healing art called Osteopathy.  In many ways, these early Osteopaths were America’s “original” Chiropractors.

Osteopathy was founded in Kirksville Missouri during the late 1800s by Kansas / Missouri physician Dr. A.T. Still.  Still was sick and tired of the the inadequacy of treatment options available to his era’s doctors.  So Dr. Still began a new form of healing that was based on the premise that the body was an incredible creation of God, and that the frame (musculoskeletal system) was far more important than anyone thought at the time.  He treated bones for symmetry, FASCIA to relieve strain, and muscles normalize tone.  In fact, he developed a whole new way of thinking about the body.  Unfortunately, most of this has been lost by today’s osteopaths.

In America, D.O.’s have the same status as M.D.’s.  This is largely because during the 1960’s, osteopathy sold out to conventional medicine by becoming “physicians” instead of osteopaths.  The truth is that few modern osteopaths practice in a fashion even remotely envisioned or taught by its founder Dr. Still.  You already know the reason.  Money!  Osteopathic manipulation, like CHIROPRACTIC ADJUSTMENTS, take a great deal of time to learn and perfect; and it takes constant practice if the goal is helping people and not hurting them.  Unfortunately, today’s practice of medicine is not very personalized or family oriented.  Instead, it is insurance-based and corporate.

The old Osteopaths are long gone.  In fact, excepting Doc Wilson, the several from around here had already retired and died by the time I moved here and began my practice two decades ago.  Doc Hampton of Summersville, Doc O’Banion of Birch Tree, Doc Barnum of Mountain View, and Doc Wilson in Eminence, as well as a few others.

These were the doctors that would not only take care of you when you were sick, but would actually make house calls, deliver your babies, sew you up when you needed stitches, cast your broken bones, and even do minor surgeries — tonsillectomies, appendectomies, ingrown toenails, etc, right there in the office.  But they also understood the power of adjustments.  No, no, no, they did not call them adjustments —- they were “osteopathic manipulations” —- usually referred to as ‘treatments’.  But with many of these old time D.O.’s, no matter what other treatment you may have gotten, you always received some sort of manipulation (this was particularly true of Doc O’Banion and Doc Wilson).  This is because the Osteopaths of generations gone by had bought in to Dr. Still’s philosophy and seen how successful it was on a day to day basis with their patients.

You see, despite the fact that A.T. Still was considered a “frontier” doctor, his philosophy on healing was light years ahead of most of the medical profession of his day.  And although the modern Osteopaths have long-abandoned it, this is still true when compared to today’s “Drugs & Surgery First” medical community.  But Still was far from the status quo.  Like B. J. Palmer who would come shortly after him (their lives actually overlapped 35 years) he wrote book after book after book on the philosophy of healing —- philosophy that is in many ways as valid and visionary today as it was back in the day.   Dr. Still understood that the body had a remarkable ability to heal itself if interference was removed and the right conditions were met.  His tools were his hands and he used them both to diagnose patients and treat them.  This sounds a lot like our “Old School” Chiropractors —- many of which are still in practice today.   Sound like any D.O.’s you know today?  Didn’t think so.  But this used to be the norm.

Stick around tomorrow and learn about the Developer of Chiropractic, Dr. B.J. Palmer.