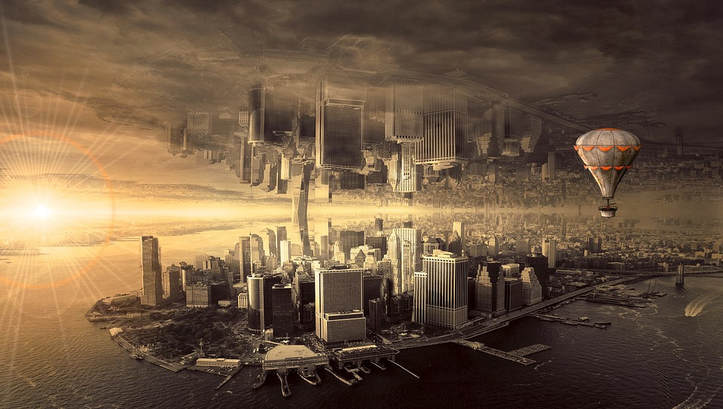 “Science as it is practiced today (and, in fact, as it has always been practiced) relies on a fair measure of trust.  The general assumption is that most scientists are honest. There has to be some level of trust that scientists reporting their results aren’t making data up. It’s true that we as scientists know that our colleagues (and, indeed ourselves) usually do try to present our data in the most favorable light possible in order to support our hypotheses, but we also know that we’d better find the mistakes and weaknesses in our experimental design and data analysis before we publish, because if we do not very likely our colleagues will, especially if we are working in a “hot” area where there is a lot of competition. Of course, we are also all human, and none of us is immune to the temptation to leave out of our manuscripts that inconvenient bit of data that doesn’t fit with our hypothesis or to cherry pick the absolutely best-looking blots or graphs for use in our grant applications or scientific manuscripts.”    “Cherry-picked” from DR. DAVID GORSKI’S March 16, 2009 column over at Science-Based Medicine (When Fraud Undermines Science-Based Medicine)
As you may have figured out if you follow my blog, much of what passes for SCIENCE-BASED MEDICINE is bogus, and today’s researchers are no less corruptible (or more honest) than our politicians — especially when there are billions of dollars on the table.  A few weeks ago I showed you a number of reasons why this is true (HERE); and today I am going to show you another couple of examples — this first one being one of those “trust us” examples dealt with by Gorski above, and so common in peer-review.

When it comes to STATIN DRUGS, two of the most common side effects are Muscle Pain and DEPRESSION.  I would guess that “dementia-like” symptoms has to be right on their heels.  After hearing patients and their spouses complaining about this phenomenon back in the late 1990’s, I remember reading about it in, of all places, the November, 2003 issue of Smart Money.  Then there are the studies.  Head on over to PubMed and look them up.  For a number of years now, we have been hearing a mixed message — the message that Statins do cause memory loss, as well as the message that Statins don’t cause memory loss.

I guess that’s why Strom could, with a clear conscience, tell MedPage Today in a recent interview that, “Statins are very effective drugs, and people should not veer away from them for fear of a short-term memory effect, especially given the data suggesting that long-term statin use improves memory.”    This is why you need to beware of BIG PHARMA.   And if you already have ALZHEIMER’S and are taking a Statin Drug; you really need to do some research, even though these drugs are currently being touted as part of the “cure” for such.

“Cholesterol-lowering statins such as Lipitor, Crestor and Zocor are the most widely prescribed medications in the world, and they are credited with saving the lives of many heart disease patients. But recently a small number of users have voiced concerns that the drugs elicit unexpected cognitive side effects, such as memory loss, fuzzy thinking and learning difficulties.  It is not crazy to connect cholesterol-modifying drugs with cognition; after all, one quarter of the body’s cholesterol is found in the brain.”  From the August, 19, 2010 issue of Scientific American (It’s Not Dementia, It’s Your Heart Medication: Cholesterol Drugs and Memory; Why Cholesterol Drugs Might Affect Memory by Melinda Wenner Moyer).  The thing you have to remember is that we already know that adverse events in medicine are under-reported by between 90 and 99% (HERE).

“We have heard from hundreds of people who have developed memory, nerve or muscle problems while taking statin-type cholesterol-lowering drugs (Lipitor, lovastatin, simvastatin, Zocor, etc). People frequently complain that they have trouble remembering words and names. In a recent article in the Wall Street Journal (2/12/08) a doctor observed, ‘This drug [Lipitor] makes women stupid. We have discussed this issue in great detail with several experts on our radio show. We are sending you a one-hour CD of ‘The Dark Side of Statins,’ an interview with Beatrice Golomb, MD, PhD, and colleagues.”  Joel Graedon from a March, 2008 segment of People’s Pharmacy.

The next study is not so much a study but a recent article from NPR by Jessie Rack called
Hunting Ways To Keep Synthetic Estrogens Out Of Rivers And Seas.  With millions of women doing some sort of FEMALE HORMONE THERAPY (including Birth Control), the residue from these synthetic hormones eventually makes it’s way through our nation’s toilets to the water supply, where it, “can have negative effects on wildlife. Synthetic estrogen is a type of endocrine disruptor, a chemical that affects the endocrine system either by acting like a hormone or by blocking the action of natural hormones. It has caused some species of male fish to become feminized, even causing them to produce eggs in their testes.”  Although people certainly need to be aware of this, it’s very old information.  It also happens to ignore the elephant in the room — actually two different elephants.

The first is that while it’s certainly true that these compounds have, “negative effects on wildlife,” the real problem is the negative effects it has on humans — both sexes.  The second elephant is that the article does not really deal with the fact that these “synthetic estrogens” (aka ‘﻿XENOESTROGENS﻿‘) are the building block — the very foundation —- of massive quantities of chemicals that you and I are exposed to all day, every day (see the link).  This article kind of reminds me of Christ warning people about trying to pull the splinter out of their neighbor’s eye, while ignoring the plank in their own.  When compared to Xenohormones in general, drug residue is not much more than a proverbial drop in the bucket.

By the way, the systems that experts are using to get rid of these hormonal residues consist of oxygen-based (Ozone and Hydrogen Peroxide) wastewater treatments.  Unfortunately, this does not address the chemicals, herbicides, pesticides, chemical fertilizers, and who-knows-what-else, that end up in the ground water with no treatment whatsoever.  And as you might guess, the expense of these new systems are astronomical.  The cost of treating said waste water, “will increase by 20 to 50 percent for systems serving between 8,000 and 80,000 people. Energy consumption, they say, will also increase.”  Not good if you are thinking not only “GREEN” but sustainable as well.

In relationship to the title of this post, what does the term, “taken with a grain of salt” really mean?  Renowned lawyer, author, philosopher, naturalist, and Roman military commander, Pliny the Elder, wrote in 77 AD’s Naturalis Historia of a remedy against poisoning.  “Take two dried walnuts, two figs, and twenty leaves of rue; pound them all together, with the addition of a grain of salt; if a person takes this mixture fasting, he will be proof against all poisons for that day.”  The salt was to make the concoction more palatable.  Sort of of reminds me of Mary Poppins sage advice, “A Spoonful of Sugar Helps the Medicine go Down.”  The bottom line is that if you don’t want your mind poisoned, you need to question everything you hear — including the material on my site.  Take everything (including ADVICE ABOUT SALT) with a grain of salt, and you’ll be much better off in the long run.  Otherwise you may find yourself being bamboozled by a PRESS RELEASE.