yet another study links depression and diabetes to gut bacteria

DIABETES AND DEPRESSION
ANOTHER STUDY LINKING THEM BOTH TO GUT HEALTH 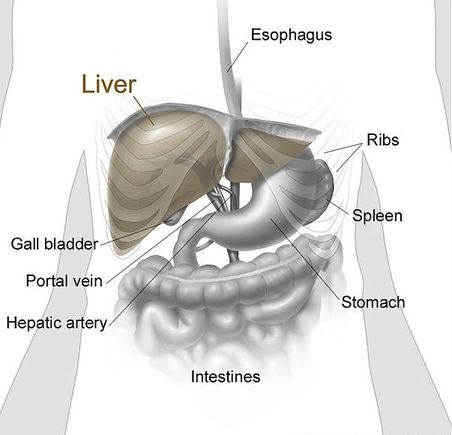 A recent Yahoo article by Laura Friedman (Bacteria Could Provide A Powerful New Way To Fight Fat And Depression) gets a lot of things right and a few things wrong.  After mentioning recent studies on the links between GUT BACTERIA & DEPRESSION and GUT BACTERIA & OBESITY, she talks about some of the experiments going on where gut bacteria from lean mice are transferred to the guts of OBESE MICE, and vicea versa.  Results of several of these sorts of studies have shown that by changing the mouse’s bacterial makeup within the Gut, one has the ability to alter a number of characteristics of the mouse, including its, “health, mood, and, yes, weight“. This is nothing new, and although there are many ways to transfer these bacteria, one of the most effective has been shown to be “STOOL TRANSPLANTS” (this is a subject that Friedman does not delve in to).

She makes the connection between the fact that even though we have access to all the technological advancements of modern medicine and take lots of ANTIBIOTICS, we still seem to be a nation of ill health (she mentions “OBESITY, DIABETES, and DEPRESSION & ANXIETY” by name).   She then talks about PROBIOTICS and discusses some of the VARIOUS FOODS / DRINKS that contain good bacteria.  Thankfully, she mentions that yogurt is actually a poor source of bacteria, even though it is always touted as one of the best (the small cup-o-yogurt you pick up in your grocery’s dairy section contains more SUGAR than a SODA!).

She spends a lot of time talking about a new program being funded by the U.S Navy (

Engineering Probiotics that Improve Warfighter Performance by Maintaining Lean Body Mass and Inhibiting Anxiety).  Not only am I not quite sure about what I think of using bacteria to make “better” soldiers, but I definitely take issue with GMO’s.  Don’t get me wrong; I think it is really cool when our technology is able to, “arm probiotic bacteria with tools to make an intestinal cell act like more like a pancreatic cell“.  However, the truth is that GMO’s are a frontier we know little about — particularly when it comes to any long-term consequences.  And isn’t it funny?  The medical community rediscovers a vital aspect of health, and what is the first thing they want to do?  They want to “modify” / “engineer” it without any sort of regard for what this could potentially do to the health and genetic makeup of future generations.  Even though it all sounds wonderful now, we see yet another example of greed and arrogance hidden under the banner of curing mankind’s ailments.

One of the things I took exception to in this article had to do with something called LEAKY GUT SYNDROME.  Friedman writes, “In healthy people, gut bacteria strengthen the intestinal wall. But in obese people it seems the opposite is happening.  Obese people appear to have a compromised intestinal barrier….  To understand why this is problematic, think about what happens to your body if bacteria get through your skin and into your bloodstream: Your immune system goes on the offensive. It’s ready to fight off an infection.  When the bacterial molecules floating around in your blood are coming from your own intestine, your body still recognizes them as foreign and mounts an immune response. But unlike an ordinary pathogen that can be fought off, these false enemies are always there, sending your immune system into overdrive and prompting widespread inflammation.”

She then tells her readers that, “this is not (emphasis her’s) ‘leaky gut syndrome,’ a disease popular in the alternative medicine community despite a lack of scientific evidence supporting its existence.”    Folks; no matter what anyone is telling you, this is the definition of a “leaky” Gut.  A few years back I was researching “Increased Intestinal Permeability” on Pubmed — a database of scientific medical research —- and found nearly 10,000 studies on the topic.  Although “Leaky Gut Syndrome” does not sound nearly so sophisticated as “Increased Intestinal Permeability”, they are the same thing.  To say what she said about Leaky Gut in light of today’s current scientific literature shows a bias, an ignorance, or both.  And before we leave this particular aspect of Friedman’s article, just remember that GLUTEN is one of the known factors that increases leakiness (increased permeability) in the Gut.  When you find an article talking about “chronic inflammation” and “compromised intestinal barrier” in the same sentence, ultimately they are talking about AUTOIMMUNITY.  The truth is, it is very difficult to solve CHRONIC INFLAMMATORY DEGENERATIVE DISEASES without understanding both Leaky Gut Syndrome, and the fact that they are intimately linked to large numbers of AUTOIMMUNE DISEASES as well.

What have I been telling my readers for a very long time?  Only that what the old time physicians — and not just those on the “alternative” side of the fence —- knew what they were talking about when they said, “heal the Gut, heal the body“.  What did anyone and everyone who was admitted to a hospital get in decades gone by — no matter what was wrong with you — get?  An enema.   Mainstream doctors knew back then what today’s doctors are just starting to rediscover; that GUT HEALTH plays a critical role in any protocol meant to help patients to solve their Chronic Conditions and get truly healthy.  Come back in a day or two and see how Gut Health fits into a complete protocol for solving your chronic health issues.