forbes takes on the chiropractic profession

FORBES TAKES ON THE CHIROPRACTIC PROFESSION 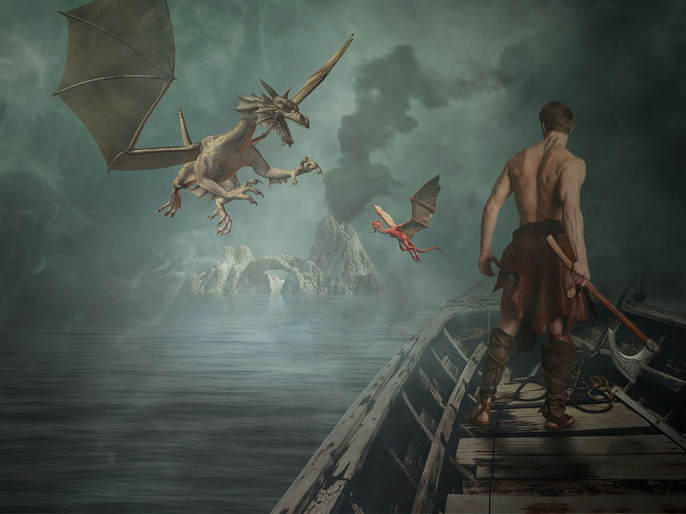 “Let’s talk about those “egregious” expenditures. In 2008, medical errors cost the United States $19.5 billion, with $17 billion directly associated with additional medical costs (ancillary services, prescription drugs, inpatient and outpatient care), $1.4 billion attributed to increased mortality rates, and $1.1 billion due to 10 million days of lost productivity.  Does anyone wish to belabor the term egregious here?” Dr. Anthony Rosner from his recent article, Waste Disposal: An Errant Attack on the Chiropractic Profession

According to Webster’s, the definition of the word diatribe is, “An angry and usually long speech or piece of writing that strongly criticizes someone or something.   A bitter and abusive speech or piece of writing“.  This is exactly what I would characterize Dr. Steven Salzberg’s recent article rant from the ‘Pharma & Health’ section of the April 20 issue of Forbes Magazine (New Medicare Data Reveal Startling $496 Million Wasted On Chiropractors).

Rather than spending any real time dealing with the incredible amount of medical fraud taking place in the entire medical field and Medicare in particular, Salzberg (a professor of biostatistics at Johns Hopkins in Baltimore) chooses to single out chiropractors and the chiropractic profession to heap his wrath on.

An entire profession of some 50,000 Chiropractors is collecting substantially less from Medicare than our nation’s ‘top 100’ medical doctors (over $600 million), and we are the ones who are “egregious“.  What really comes out in this article is not so much that Chiropractic is neither effective nor cost-effective —- IT HAS BEEN PROVEN TIME AND TIME AGAIN to be just that.  It shows an incredible prejudice / bias against the profession.

That bias comes out full force when he makes the statement, “To be precise, the 2012 Medicare data reveals that in 2012, Medicare paid $496 million for chiropractic treatments in all 50 states.  This is a stunning amount. It dwarfs the funding that NIH wastes on alternative medicine through NCCAM, which is itself an egregious waste of money.”

Not only does this mean that the government is spending less than $10 million dollars per state on average for Chiropractic services annually, it shows that Salzberg believes that any monies spent on anything he considers “alternative medicine” is an “egregious waste of money“.  It seems that the majority of the tax-paying public would disagree with him on this issue.  And when you look at studies on effectiveness, cost-effectiveness, and patient satisfaction for Chiropractic, it’s easy to see why.

After telling us (twice) that Chiropractors are neither medical doctors nor do they have medical degrees, he accuses them of, “primarily treating back pain, but claiming to treat a wide range of other conditions, which some of them believe are related to mis-alignments of the spine, called subluxations“.  He is correct on all counts.

No I am not a medical doctor, yes I treat people in pain, and I also effectively treat many people who struggle with a wide range of chronic health issues.  If you want to meet some of them, HERE they are (not all are Medicare patients).  HERE are some more.  HERE is one of our patients who is under the Medicare program.

Salzberg goes on to trot out the same old anti-chiropractic rhetoric from the same old anti-chiropractic crowd that we have been hearing from for years (Preston Long, Harriet Hall, and Samuel Homola).  He then goes on to debunk the “Vertebral Subluxation“.  Although it is a word I rarely if ever use in my practice, “VERTEBRAL SUBLUXATION” simply describes the process that occurs when spinal segments that are either misaligned or not moving freely in relationship to each other, end up creating problems such as INFLAMMATION, nerve interference, and SPINAL DEGENERATION.  Often times, this is related to ADHESED FASCIA.

It’s not like this is a difficult concept, and it’s certainly not like there isn’t massive amounts of peer-reviewed research on the subject — much of it straight from the medical community (HERE is a recent study that I commented on just the other day).

Of course, Salzberg couldn’t leave without attacking Chiropractic for supposedly being a major cause of strokes by quoting a couple of sentences from the Journal of Neurosurgery.  Enter Dr. Scott Haldeman.  Dr Haldeman has three different doctoral degrees (DC / MD / Ph.D), and happens to be a Neurologist.

But let me tell you about my personal experience with strokes in my office.

Although I have never had a patient have a stroke after treatment in 23 years, I have had two different patients have strokes prior to treatment (both new patients that I had not adjusted).  One happened in the lobby to a woman who was filling out her paperwork — I had not yet met her.  The other happened during the consult back in my office.  A patient had brought her mother to see me, and she had a stroke while we were sitting and talking (discussing her history).

I do not personally know any Chiropractors who have had patients have a stroke from their treatment — and I know a lot of Chiropractors.   If stroke were really such a huge risk, Chiropractors malpractice rates would reflect it.  Instead, our rates are a fraction of those paid by the average medical doctor.  If you want to look at some alarmingly dangerous statistics that will leave you quaking in your boots, take a moment to read this study from a decade ago (HERE).

The next topic that Dr. Salzberg moves on to is the fact that many Chiropractors are “anti-vaxxers“.  In other words, many Chiropractors do not toe the medical line when it comes to our government’s vaccination recommendations.   Although Salzberg would undoubtedly lump me into this category, this would not be completely true.   This is America, and I believe that Americans should get to choose what healthcare they want and don’t want.  If you want vaccinations; great.  If you don’t’ great.

And if they really work as well as claimed, why would those who are vaccinated care one way or the other whether I or anyone else is vaccinated or not?   As the government has stepped in and taken an increasing role in providing healthcare for it’s citizens, freedom to choose has been eroded in this area, and will continue to erode.  HERE is an example of this in the realm of vaccinations.  I am all about allowing citizens (particularly parents) to make healthcare choices for themselves and their families that they believe are best.   If you wish to read some of my posts on VACCINATIONS, simply follow the link.

In the grand finale, Salzberg vilifies THE PALMERS, and says that, “over a century ago, D.D. Palmer believed, mistakenly, that he cured a man’s deafness by manipulating his neck“.  Was Dr. Salzberg there with Dr. Palmer over a century ago?  How in the world does he know that Palmer was mistaken?  One of the things that Chiropractic does is to remove interference and irritation from the nervous system (HERE is a simple overview).  Every Chiropractor can tell you story after story after story of amazing miracles that happen in their offices every day.

One of the most profound CHIROPRACTIC MIRACLES that ever happened in my office happened to be a Palmer-like event involving a 60 year old man who had been deaf for 42 years.  His hearing came back after a single adjustment.  I would love to take credit for this, but the man was a fantastic lip reader and I did not even know that he was deaf until after the fact.  And where ears are concerned, if you want to see some really cool stories of the work we do with CHILDREN, just follow the link.

When I see desperate attacks on Chiropractic such as this one, I realize that the message that alternatives to drugs and surgery work, is getting through.  Although it is Salzberg’s right to write whatever he wants, I am surprised that a magazine with the reputation of Forbes, would give him a national stage to publish this sort of drivel.  But then again, right behind big oil and the banking sector, who are the leaders when it comes to the Forbes Fortune 500 (it now goes by a different name)?  That’s right.  Big pharma.

If you want to see what really goes on behind the scenes of this industry, simply take a look at the “supposed” EVIDENCE-BASED MEDICINE.  It will help you understand why there are now attorneys advertising on TV for people who have been taking the very medication you have been on for the past five years. If you want to reach those you love and care about most with fantastic information, be sure and like, share or follow on FACEBOOK.