a cure for heart disease? 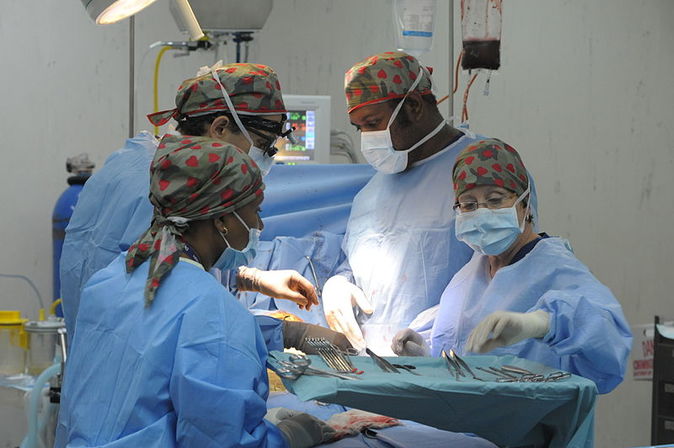 Rocky Roe/AusAID
“The panacea, named after the Greek goddess of universal remedy Panakeia, was supposed to be a remedy that would cure all diseases and prolong life indefinitely.  It was sought by the alchemists as a connection to the elixir of life and the philosopher’s stone, a mythical substance which would enable the transmutation of common metals into gold.”    – Wikipedia’s definition of Panacea

“What do I want?  I want the same thing that everyone wants.  A drug without side-effects (that someone else pays for), that will let me eat as much of whatever I want, while living to a ripe old age without any health problems or pain.  I heard they’re offering it for free over on the Big Rock Candy Mountain.”    – Dr. Russell Schierling

HEART DISEASE is a big problem here in America, killing an estimated 610,000 people per year (1 in 4 deaths) at an annual cost of between 200 and 300 billion dollars, according to the CDC’s Heart Disease Facts.   The same article provides links that talk at length about risk factors like CHOLESTEROL, DIABETES, OBESITY, SMOKING, HIGH BLOOD PRESSURE, then tells us exactly what Heart Disease is.  “As plaque builds up in the arteries of a person with heart disease, the inside of the arteries begins to narrow, which lessens or blocks the flow of blood.”

The World Health Organization (WHO) mentions on their site that one strategy to solve this problem involves heavily taxing, “foods that are high in fat, sugar and salt,” even though we already know that DIETARY FAT and SALT are not the problem we’ve been led to believe they are.   Of course, they also talk about the benefits of drugs, specifically mentioning DIABETES MEDICATIONS, ASPIRIN, ACE INHIBITORS, BETA BLOCKERS, and of course STATINS (not to mention the stents and surgeries that peer-review has shown to be questionable at best).   The dirty little secret is that aside from the people selling the drugs and doing the surgeries, most are forced to admit that our current strategies are not working.  Enter the American Heart Association and Google Life Sciences.

These two entities (the AHA — a famous non-profit, and GLF — Google’s biological sciences research division) have teamed up to create a “super team” of researchers that will receive 10 million dollars a year for five years (50 mil) in the hopes of finding a cure for Heart Disease,  No; that’s not really true.  the team has not been asked to find a cure.  They have been, “tasked with developing a richer, deeper understanding of cardiovascular disease.”  What does this really mean?  I’m not quite sure. But when reading the articles on this endeavor, the word “genetics” keeps popping up — even though it’s not news that EPIGENETIC FACTORS are far more important.

What is the super-team going to come up with in the next half-decade?  Who knows.  Best guess is that elite and well-connected entities such as Google and the AHA are going to come up with some sort of new WONDER DRUG.  But in the same vein as the drugs mentioned earlier, don’t expect a “cure”.   The drug will, like the others, be palliative as opposed to therapeutic.  In other words, it will focus on alleviating one or another of the symptoms of Heart Disease without actually addressing its root cause(s).  You can also bet your bottom dollar that before this thing is said and done, there will be large amounts of FINANCIAL CONFLICT-OF-INTEREST involved.  It’s not like this isn’t already a problem for the AHA.

Look folks; Heart Disease (not to mention the risk factors listed earlier) are all considered to be “Inflammatory”.  Plainly stated, this means that they are driven by Inflammation.  Because I am not sure that one in a thousand Americans really understands what Inflammation is, or the implications of having it coursing throughout your body, I would start by reading these short links (HERE and HERE).  If you are interested in seeing how Inflammation and not Heart Disease is the real number one cause of death in America, make sure to at least look browse these posts (HERE).  The cool thing is, for most of you there is an EXIT STRATEGY that does not involve a lifetime of drugs (HERE).