why the best solution for obesity is prevention

OBESITY
THE POINT OF NO RETURN / IGNORANCE IS BLISS 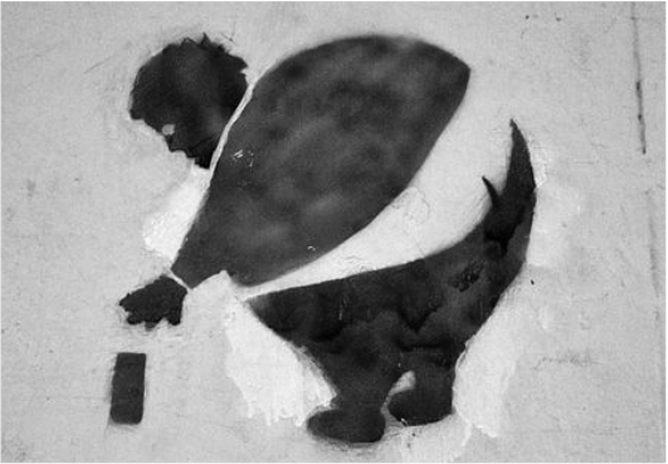 Gigi Ibrahim
“Ignorance is bliss.”  Thomas Gray from his mid 1700’s poem (Ode on a Distant Prospect of Eton College)

“The kids are alright.”  The Who from their 1965 song, and the 1979 documentary that bears the same name

I remember a grade school buddy’s T-shirt; “An Ounce of Prevention” on the front, with, “Weighs More Than Your Brain” on the back.  Of course, this was a play on words concerning the old adage, “An ounce of prevention is worth a pound of cure“.  Nowhere is this more true than with OBESITY.  What would possibly make me say this?

After scouring the health records of nearly 280,000 adult patients over the past decade, researchers writing in this month’s issue of the American Journal of Public Health (Probability of an Obese Person Attaining Normal Body Weight: Cohort Study Using Electronic Health Records) revealed that if you were fighting the battle of the bulge, “the annual probability of attaining normal weight was 1 in 210 for men and 1 in 124 for women.”  Stop and re-read that and let it sink in for a moment.  That’s less than a half percent success rate for overweight men, and less than a one percent success rate for their female counterparts.  Shocking; isn’t it?  But it’s actually much worse than that.

The statistic above is for men and women with a BMI between 30 and 35.  If you go over 35 (“﻿morbid obesity﻿“), your odds of successfully returning to a normal weight decrease, “to 1 in 1290 for men and 1 in 677 for women.”  Study co-author, Dr. Martin Gulliford of King’s College (London) says that the chief methods of dealing with Obesity are not working.  What are these methods?  I mentioned both in a quote at the top of the page — “Cutting calories and boosting physical activity.”  We should not be surprised, as I’ve shown you repeatedly that this approach doesn’t work (HERE).

Bottom line; if you are not preventing Obesity in the first place, you are already behind the eight ball — in a very big way.  In fact, lead researcher, Dr. Dr Alison Fildes, told the BBC News that, “the greatest opportunity for fighting the obesity epidemic might be in public health policies to prevent it in the first place at a population level.”   The problem is (and as we just saw via the quote from her co-author) that their approaches aren’t working. Maybe they are advocating for a new sort of “Food Police” here?  Not sure, but another brand new study lets us know that we have a doubly hard row to hoe in front of us when it comes to educating our progeny about this issue.

Most of the older generation has noticed a trend.  That trend is that when you compare TODAY’S CHILDREN and adolescents to those of YEARS GONE BY, they tend to be heavier, more sedentary, and as often as not, less motivated.  For the most part, this can be laid directly at the feet of parents who have found that it’s easier to coddle or pacify than train.  Among other things, their children are living on “KID FRIENDLY FOODS” such as CHICKEN NUGGETS, COLD CEREAL, a VAST ARRAY of junk carbs, and hot dogs.  One result of this sort of lifestyle is that studies are showing that today’s adults are both overestimating their own health as well as underestimating their weight.

Unfortunately, these same parents are now underestimating their children’s ‘weight problem’ as well (HERE).  But the trend doesn’t stop there.  Now we see that the children themselves no longer realize they weigh too much.  Lest you think I am simply trying to be mean, take a look at two studies that were published exactly one year apart.  One year ago this month, the CDC released a report (Perception of Weight Status in U.S. Children and Adolescents Aged 8–15 Years, 2005–2012).  This report revealed that…….

Exactly one year later (this month) we were given this gem from the American Journal of Preventative Medicine (More Overweight Adolescents Think They Are Just Fine: Generational Shift in Body Weight Perceptions Among Adolescents in the U.S.).  Researchers compared the BMI’s of children (ages 12 to 16) who answered the question, “Do you consider yourself to be overweight, underweight, or just about the right weight?” in the early 1990’s, to the BMI’s of children who answered the same question just a couple years ago.  Although BMI’s in this age group increased by a whopping 27% in the two decades between the questions……..

We have a huge problem on our hands folks.  Approximately 70% of our population is overweight, and over half those are obese.  And neither the obese children nor their obese parents realize there’s a problem.  When it comes to dealing with this, we’ve already seen (repeatedly) that simply telling people to eat less and exercise more does not work.  What does work?  Certainly not another visit to your doctor (HERE, HERE, HERE, or HERE).

If you want to LOSE WEIGHT permanently, you’ll have to, in the words immortalized in the movie Cool Hand Luke, “get your mind right“.  The very first thing you need to do is understand WHAT INFLAMMATION IS, and realize that there is a strong (causal) link between it and Obesity.  The second thing you need to do is realize that not only is SUGAR EXTREMELY INFLAMMATORY, if you can control your BLOOD SUGAR (note that I am not talking about whether or not your numbers are within ‘normal’ range on a blood test) — especially from your youth —- you will be much less apt to require taking THIS QUIZ.  Thirdly, if you fail to grasp the importance of GUT HEALTH as it pertains to your weight, you will likely remain heavy for the rest of your days.  Because there are any number of other things that might need to be dealt with in order to be successful, you can take a look at them HERE.