THE RELATIONSHIP BETWEEN ANTIBIOTICS, DYSBIOSIS, AUTOIMMUNITY, & OTHER CHRONIC ILLNESS 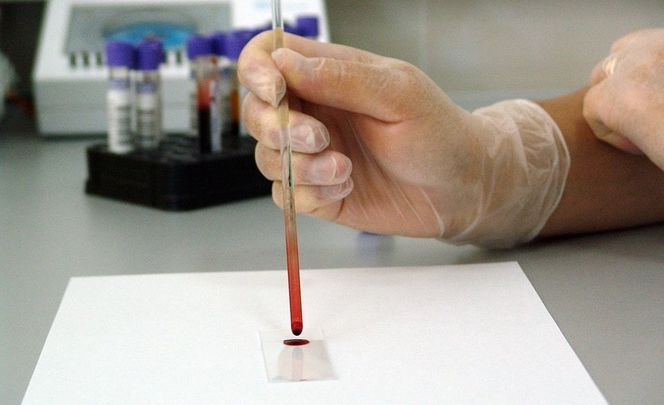 PublicDomainPictures – English – Pixabay
It’s that time on year again when due to inclimate weather, people tend to stay indoors more than what is healthy.  This always ends up with various forms of sickness being passed around.  And with this, we see a huge increase in doctor visits —- typically to be prescribed ANTIBIOTICS.  Unfortunately, because viruses and bacteria are two totally different kinds of germs, antibiotics do not help with viral infections.  And although doctors know this, for years they have blatantly ignored this information.

“In hospitals, 190 million doses of antibiotics are administered each day. Among non-hospitalized patients, more than 133 million courses of antibiotics are prescribed by doctors each year. It is estimated that 50 percent of these latter prescriptions are unnecessary since they are being prescribed for colds, coughs and other viral infections“. Interesting quote.  I took it directly from the website of the American College of Physicians (Internal Medicine).  I’ve seen estimates much higher than the 50% they mention.

Miriam Rabkin (M.D. M.P.H.), wrote in the Medical House Staff Training Program in Internal Medicine for the Department of Medicine at the Ivy League’s Columbia University Medical Center: “It is clear that there is no role for antibiotics in the management of simple upper respiratory infection [URI] and bronchitis. This statement is data-based, uncontroversial, and supported by every expert panel and management guideline. Why then do physicians continue to prescribe antibiotics – of wider and wider spectrum – for these syndromes? The scope of the problem is immense. A large 1997 survey indicated that antibiotics were prescribed for 52 percent of patients with URIs and 66 percent of patients with bronchitis. This practice did not vary by geographical area, physician specialty or patient socio-demographic or insurance status. These data are consistent with other U.S. surveys and with data collected in other industrialized countries. Antibiotics unnecessarily prescribed for URIs and bronchitis represent 31 percent of total antibiotic prescriptions in the U.S.” Her statement is backed by dozens upon dozens of scientific studies from around the world.

I do not have the time required to tackle all of the questions raised by Dr. Rabkin’s quote. However, I want to show you just how bad antibiotics are when it comes to your overall health and immune system function. This is because contrary to popular belief, antibiotics are not an immune system booster.  They are an immune system suppressor.  Here are the definitions of what it means to suppress:  To end or stop, end, or put down something by force.  To keep something secret or hidden: to not allow people to know about or see something or to keep from public knowledge.  To exclude from consciousness.   To inhibit the growth or development of something.  I would say that these fairly well describe the twisted relationship between antibiotics and your immune system — whether you realize it or not.

Gut Health & Antibiotics
A decade and a half has passed since a group of Australian doctors from the University of Melbourne’s Department of Anatomy and Cell Biology published a scientific paper in The American Journal of Physiology called, “The Intestine as a Sensory Organ: Neural, Endocrine, and Immune Responses“. The authors told us something that alternative health field already knew, and the Scientific-Medical Community had suspected for decades. “The gut immune system has 70 – 80% of the body’s immune cells“. Stop! Did you catch that? Read it again and let it sink in. Your gut (intestines and digestive tract) is where the vast majority of your entire immune system lives!  Why have I been telling people for over two decades that Antibiotics are one of the single biggest destroyers of health in this country?  Plainly stated, they kill immune system cells.  Antibiotics always leave you with a WEAKENED GUT and immune system.  And when you get sick again, what are you given? More antibiotics. Repeat ad infinitum. As you see, antibiotics and infection can quickly become a vicious cycle. But this is just the beginning.

This vicious cycle of antibiotics and infection opens a Pandora’s Box of health problems with the potential to affect virtually every part of the body.  This cycle has been strongly linked to LEAKY GUT SYNDROME, GLUTEN SENSITIVITY and Dysbiosis.  DYSBIOSIS (too many bad organisms in the gut crowding out the good) is now being touted in the peer-reviewed scientific literature as a primary culprit in AUTOIMMUNITY (at least 20-30% of the American population has some sort of AUTOIMMUNE DISEASE, with some researchers are putting that number closer to half).

These include things like Type I Diabetes, HASHIMOTO’S THYROIDITIS (low thyroid function — affects nearly 10% of the American population), RHEUMATOID ARTHRITIS, Restless Leg Syndrome, PERIPHERAL NEUROPATHY, as well as all sorts of HORMONAL PROBLEMS.  Dysbiosis is also a prime suspect in FIBROMYALGIA, MIGRAINE HEADACHES, DEPRESSION, and OBESITY as well.  On top of this, low grade, “occult” (hidden) viral and / or bacterial infections are being touted as a potential cause of all sorts of CHRONIC PAIN SYNDROMES, NEUROLOGICAL PROBLEMS, and INFLAMMATORY DISEASE PROCESSES — including DIABETES and CANCER!

If your health is in a shambles and you’re looking for answers, what are you supposed to do?   Well, if there is one thing that you have already figured out, it is that simply going to another “specialist” is not likely to create that “ah ha” moment you have been searching for.  I mean for crying out loud, you’ve already been to dozens of doctors.  And their answer is always the same.  More tests.  More prescriptions.  And eventually, surgeries.  If you enjoy the path you are on and think that giving these folks more of your time and money means they’ll eventually figure it out, you’re likely fooling yourself.   If you simply look around you, read the internet message boards, and talk with the people going through the same problems that you are, you start to get a picture that is closer to the truth.

The only way you are ever going to have a prayer of solving some of these problems is to step outside the box that is conventional medicine.  Your problem may be purely mechanical (HERE is an example).  Or, it could have all sorts of crazy components that require some intensive testing —- but not the same testing you have already been through.  Figure out what your underlying problem are (HERE) and deal with them.  Click on the link for several articles that contain a variety of strategies.