WHY DIET SODAS CAUSE OBESITY 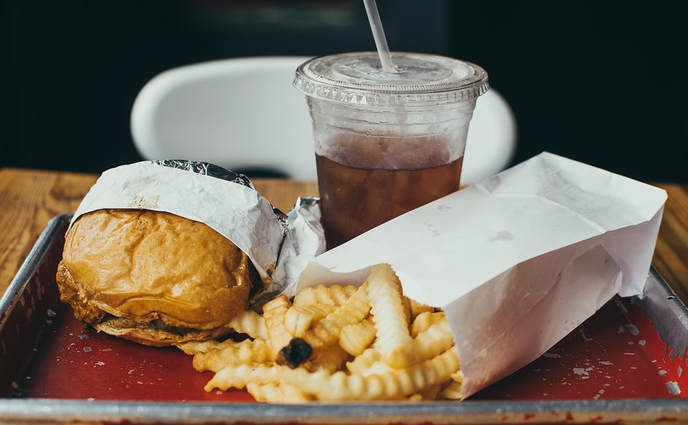 StockSnap – Pixabay
If you read YESTERDAY’S BLOG ENTRY, you are already aware that diet soda causes obesity, but the question is why.  Why do diet sodas cause obesity?  In a word, Aspartame.

Aspartame is arguably one of the largest cause of health problems in America. It is sold under the brand names: NutraSweet, Equal, Spoonful, and Equal-Measure, and used to sweeten thousands of “food” products.  But how does a chemical that has no calories cause one to get fat?  It’s really quite easy to understand.

Like MSG, aspartame is an excitotoxin.  Excitotoxins cross the blood-brain barrier unrestricted, and contribute to all manner of neurological disorders. They attack the part of the brain that regulates HORMONE PRODUCTION.  Among other things, this causes HYPOTHYROIDISM, a condition which affects at least 10% of the American population, which slows the metabolism.  But that’s not all.

When you ingest aspartame (a known liver toxin) it is absorbed from the intestines and passes immediately to the liver for detox.  The liver breaks down aspartame to its toxic components – phenylalanine, aspartic acid, formaldehyde, and methanol (wood alcohol). This process requires a lot of energy from the liver which means there will be less energy remaining in the liver cells. This means the liver cells will have less energy for fat metabolism, which results in fat storage. Excess fat may build up inside the liver cells causing “fatty liver“. When this starts to occur, it is extremely difficult to lose weight.

Although it contains no calories, aspartame causes causes DYSGLYCEMIA (unstable blood sugar levels), which increases the appetite, causes high levels of blood insulin, and causes the sugar cravings that many people (particularly women) would compare to a crack addiction.  INSULIN

is a storage hormone that moves sugar out of the blood and into the cells to be burned or stored —– as fat.

Let me leave you with a little tidbit from the Congressional Record, Senate, S – 5511, May 7, l985.     “Aspartame has been demonstrated to inhibit the carbohydrate-induced synthesis of the neurotransmitter serotonin (Wurtman affidavit). Serotonin blunts the sensation of craving carbohydrates and this is part of the body’s feedback system that helps limit consumption of carbohydrate to appropriate levels. Its inhibition by aspartame could lead to the anomalous result of a diet product causing increased consumption of carbohydrates.”   Do you think that carbohydrates can make you fat?  To answer this one, ask yourself a simple question:  How does one fatten a beef?  I grew up on a Kansas farm, and can assure you that carbohydrates (grain, sorghum, molasses, etc) is the only way to get the job done!  But let’s explore this “Serotonin” thing just a little bit more.  Listen to what Ralph Walton, MD, says about aspartame and its effect on serotonin levels.

Food seeking behavior and satiety are driven by an area of the brain known as the hypothalamus. Stimulation of the medial hypothalamus in a laboratory rat leads to eating. Stimulation of the lateral hypothalamus leads to satiety and cessation of eating.  Placing a lesion in the lateral hypothalamus produces an obese rat.  The lateral hypothalamus is driven by serotonin.  I believe that consuming large amounts of aspartame decreases the availability of serotonin and is thus analogous to placing a lesion in the lateral hypothalamus.  Although much of this work is recent, clinical suggestions that aspartame can lead to paradoxical increased appetite date back to Blunder’s work of 1986.   An evolving view in modern psychiatry is that although depression, obsessive compulsive disorder, panic disorder, impulse control disorders, and eating disorders have historically been viewed as separate entities, in fact they should be viewed as a continuum of disorders all involving some degree of dysregulation of serotonin.  I believe that at this time there is overwhelming evidence that aspartame contributes to this dysregulation.

And for those who may have been interested, approximately 90% of the body’s serotonin is manufactured in the Gut (HERE).  Poor GUT HEALTH, means that you will not be making the serotonin your body needs to feel ‘normal’.  Odds are you will be labeled with DEPRESSION, and all bets are off from here on out.