The Latest Statistics Show Another
Huge Increase in Autism Rate 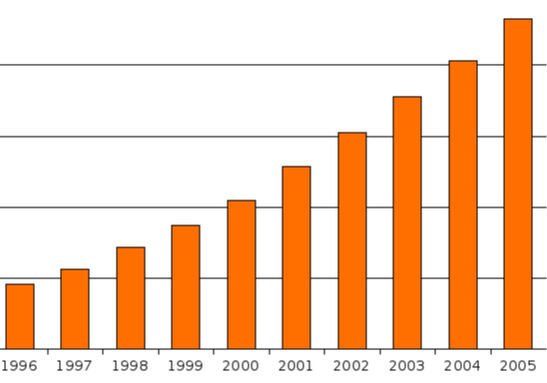 I, Eubulides
The latest CDC statistics (2008 statistics — the most recent to date) came out earlier this week.  Experts are now estimating that unlike the recent AUTISM COMMERCIALS, one out of every 88 eight year-olds had an Autism Spectrum Disorder (ASD).  That’s an increase of 23% from 2006, when 1 out of 111 children were said to have Autism, but even more shocking is that according to statistics from the medical journal Morbidity and Mortality Weekly Report, Autism is up a whopping 73% from just a decade ago.

DR. EDWARD F. YAZBAK, an expert in infectious disease and child development, and a fellow of the American Academy of Pediatrics since 1963, had this to say in a piece he authored for the Journal of Physicians and Surgeons in the winter of 2003.  “Once rare, autism has reached epidemic proportions in the U.S. that cannot be attributed to changes in diagnostic criteria which have actually become more restrictive.  To date, studies of a potential relationship to child relationship to childhood vaccines [and autism] have been limited and flawed.”  Look at what Dr. Yazbak is saying here.  The diagnostic criteria for Autism are actually getting more restrictive instead of less.  This means that we should be seeing less Autism instead of more.  Instead, the opposite is happening.

Yazbak invokes the portion of the Autism Debate that both the government and the medical community cringe to deal with — the link between Childhood Vaccines and Autism.  One day they will have to deal with it because the Vaccine / Autism link refuses to go away —- and the Autism Rate continues to go through the roof.  Anyone like Dr. Yazbak or DR. HUGH FUDENBERG, who dares to criticize the Pharmaceutical Industry’s lack of rigor in scientifically linking Autism to Childhood Vaccines is totally vilified and blackballed as a quack.  Just remember that in one way or another, this research is heavily  influenced / funded by Big Pharma.  And although our government has said time and time again that Childhood Vaccines do not play any part in the development of Autism, can we really believe them?   After all, these are the same people who told us up until a couple years ago that there were no Mountain Lions here in the Ozarks.  Or that they were going to lower taxes and simplify our Healthcare System.  If you believe ANYTHING that comes out of our governmental mouthpieces, I have this bridge in Brooklyn that I was thinking about selling.  I’ll make you a great deal!

Mark Roithmayr, president of the research and advocacy group, Autism Speaks, says that no matter how you slice it, at least half of the rise in Autism cannot be explained.  Period.  Roithmayr uses the word “epidemic” to describe Autism here in America and says it costs $126 billion a year.  Roithmayr is correct on both counts.  He’s also vocal about some of the completely freaky statistics we see when it comes to Autism.  Try this one on for size (no pun intended).  Utah, the state basically tied with Colorado for the lowest BMI in the country, had an almost unbelievable Autism rate of 21.2 per 1,000 in these latest statistics (1 in 45ish).  Yet, Alabama, arguably one of the unhealthiest of the fifty states, had an Autism rate of 4.8 — over four times lower (1 in 210ish).  This tells me that there must be some environmental issues in play as well.

If you want to get a handle on Autism (not to mention ALZHEIMER’S), you need to understand the relationship between Mercury, Aluminum, and Vaccinations. It’s no coincidence that as our government mandates and recommends more and more vaccines for both children and adults, the rates of Autoimmunity, Alzheimer’s, Autism, and others continue to skyrocket.   If this is an issue that you wish to study (and if you have children or grandchildren, you had better), just take a look at our links on VACCINES, GLUTEN, AUTISM, & AUTOIMMUNITY.  Yes, many experts are tying these together into an unholy Hydra of Neurological & Immune System Destruction.  For the record, the new rate for Autism is one in fifty (HERE) —- scratch that; it’s 1 in 32 (HERE).