DEFEATING OSTEOPOROSIS
WHAT IS THE BEST CALCIUM SUPPLEMENT? 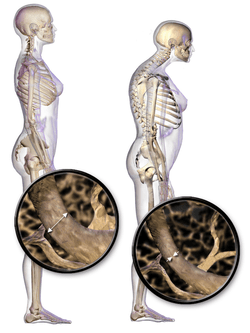 My best guess is that this post is not going to play out quite like you thought it might.  In fact, you might find yourself downright surprised at its conclusion.  According to the International Osteoporosis Foundation, Osteoporosis affects 200 million women worldwide (9 million annual fractures), with men having a 27% chance of having an Osteoporosis-induced fracture in their lifetimes (for women the odds are 1 in 3).  It doesn’t stop there.  The IOF goes on to provide page after page after mind-numbing page of statistics on Osteoporosis.  All of this begs the questions of what Osteoporisis really is, what causes it, and better yet, how to reverse it?  All of these will be touched on today as we try to answer the question posed in the title.

According to the National Osteoporosis Foundation (they say that 1 in 6 Americans are suffering with the disease — 54 million), Osteoporosis is, “

a disease of the bones. It happens when you lose too much bone, make too little bone or both. As a result, your bones become weak and may break from a minor fall or, in serious cases, even from simple actions, like sneezing or bumping into furniture.  If you look at healthy bone under a microscope, you will see that parts of it look like a honeycomb. If you have osteoporosis, the holes and spaces in the honeycomb are much bigger than they are in healthy bone. This means your bones have lost density or mass and that the structure of your bone tissue has become abnormal. As your bones become less dense, they also become weaker and more likely to break“.  But this definition itself begs the question of why some people lose bone or fail to make new bone?

WebMD lists a number of causes of Osteoporosis.  Among these are DECREASED ESTROGEN in women, DECREASED TESTOSTERONE in men, other HORMONAL IMBALANCES, SMOKING, too much drinking, lack of Vitamin D, a sedentary lifestyle, various medical conditions (diseases), THYROID PROBLEMS, or a lack of Calcium in the diet.  What’s the most common solution to Osteoporosis?  Treating it as though the last thing on the list were the most important.  People are first told to take CALCIUM SUPPLEMENTS and then when they don’t work, to take BISPHOSPHOFONATE DRUGS (Relafin, Fosomax, Evista, Boniva, etc).  The problem is, these drugs are actually known to cause Osteoporosis instead of correct it.  But how can that be?  I’ll get there in a moment.

Don’t get me wrong.  We need Calcium.  But if you recall, I reported to you over a year and a half ago that Calcium could not only be bad for you, but could be deadly as well (HERE).  Then, earlier this year, I showed you more of the same (HERE).  So where do we draw the line when it comes to Calcium?  What constitutes a healthy amount of Calcium, and what other bodily functions are reliant on Calcium?  Beyond building healthy bones, Calcium performs many critical functions in the human body.

I know; your doctor told you to take more Calcium so that you don’t become one of those fracture statistics from earlier in the post.  But what is the truth here?  Listen to what Dr. Levy says about the scientific evidence for using Calcium to prevent Osteoporosis.  “Placebo-controlled, long-term, large population studies that specifically investigate the isolated use of Calcium and its impact on bone fractures in osteoporotic patients are decidedly lacking.  Calcium supplementation dies not prevent bone fractures.  Adding dietary and / or supplementary calcium does not diminish fracture risk“.  Gulp!  In fact, just the opposite is true.

Levey goes on to say that, “Calcium excess in the body has been found to increase all-cause mortality and to literally be the most significant marker for increased cardiac risk (Coronary Artery Calcium Score)“.  And to top it all off, he tells us that, “the chronic release of calcium from osteoporotic bone to the rest of the body not only accelerates heart disease, but all diseases, resulting in significantly decreased longevity“.  Dr. Levy proceeds to hit us over the head with a statement that should leave all of us pondering something we’ve been beat over the head with our whole lives.

“There really is no clearly defined syndrome of a primary calcium deficiency in man, although there is an age-related gradual loss of bone and bony calcium content that is unrelated to dietary calcium intake.  One of the reasons that many think such deficiencies exist is that they can be readily induced in laboratory animals on severely calcium-restricted diets.  Such animals then develop significant bone loss.  However, no diet eaten by man are so restricted.  And because there is no primary calcium deficiency syndrome, the many factors involved in the abnormal physiology of bone aging, osteopenia, and osteoporosis, need to be addressed comprehensively instead of just simplistically putting as much calcium inside the body as possible.”
I have been recommending against routine use of so-called “Calcium Supplements” for quite some time.  There are, however, things you can do to strengthen your bones and tip the balance in your favor without taking Calcium Supplements.  To do this, you are going to have to understand some simple physiology.

When it comes to bone, there are two cells I want you to be aware of; Osteoblasts and Osteoclasts.  Osteoblasts are bone builders.  The Osteoclasts take the oldest, most worn out and brittle bone, and break it down so that it can be reused — recycled it you will, into new and healthy bone by the Osteoblasts.   I have been telling patients for at least 15 years that the “Bone-Building” drugs mentioned earlier in this post, do what they are advertised to do — they increase bone density.  But they do it in such a fraudulent and deceptive manner that these drug’s labels carry warnings that they do not diminish the risk of fracture.  How in the world can this be?  How can a drug increase bone density, yet not decrease one‘s chances of fracture —- which is probably the only reason that most women who take these drugs would do so?  Allow me to explain.

These drugs work because they inhibit Osteoclastic function.  In other words, bone density is increased because the old, worn out bone is not allowed to be broken down and recycled into new and healthy bone (the entire process breaking down and building up is known as “Bone Remodeling“).  But here’s the rub.  Drugs that diminish Osteoclastic function automatically diminish Osteoblastic function as well.  This means that when you discuss the results of your bone density test with your doctor, who becomes overtly excited because it has improved, you can see that their excitement is misguided.  About five years ago, people started hearing isolated warnings that being on these drugs for more than 1-3 years could present problems.   Dr. Levy says it this way……

“There are several factors that contribute to osteoporotic conditions but there is one that is responsible for the lions share of bone loss.  It initiates and severely worsens an imbalance in the bone remodeling cycle and it prevents incorporation of calcium into the bone matrix.”

It would seem logical that instead of doing things that inhibit either Osteoclastic or Osteoblastic activity, we need to be asking ourselves what can instead be done to increase the bone’s Osteoblastic activity.  The method that Dr. Levy chiefly promotes for accomplishing this is supplementing with Vitamin C.  In one of his final chapters (The Cause of All Disease: A Unified Theory), Dr. Levy talks about Vitamin C as a powerful antioxidant and proceeds to say that, “The cause of all disease is excess oxidative stress in the extracellular space as well as inside the cells.  Excess oxidative stress is invariably caused by toxins and / or a decreased presence of antioxidants….  The ability of vitamin C to effectively neutralize a wide range of toxins has been very clearly established in the scientific literature, even if that ability remains to be appreciated, understood, and appropriately utilized by most physicians.”  That, my friends, is a powerful statement.  As a Cardiologist, Levy understands both physiology and the scientific literature.  And as an attorney, he understands the implications of making overarching statements without anything solid to back it up.  But here is where I start to ask some questions.

For almost two decades now, I have chiefly been a WHOLE-FOODS kind of guy.  In other words, I not only want to consume as much of the foods that I eat in a natural, organic state, I want my NUTRITIONAL SUPPLEMENTS to be like that as well.  One of the oldest Nutritional Supplement companies in the US is Standard Process in Palmyra, Wisconsin.  If you want to understand the difference between Whole Food Supplements and FRACTIONATED CHEMICAL SYNTHETICS, click on the previous links.  There is even a section on Vitamin C.  When doctor Levy talks in his book about routinely using mega-doses of Vitamin C (as much as 200,000 mg in IV’s, and sometimes tens of thousands of mg oral), it makes me wonder.  I am not saying that there is never a time or place for using synthetic C as a drug — I would wholeheartedly agree that there is.  I do, however, wonder what the consequences of using such heavy doses of synthetics are — especially when used on a regular basis? 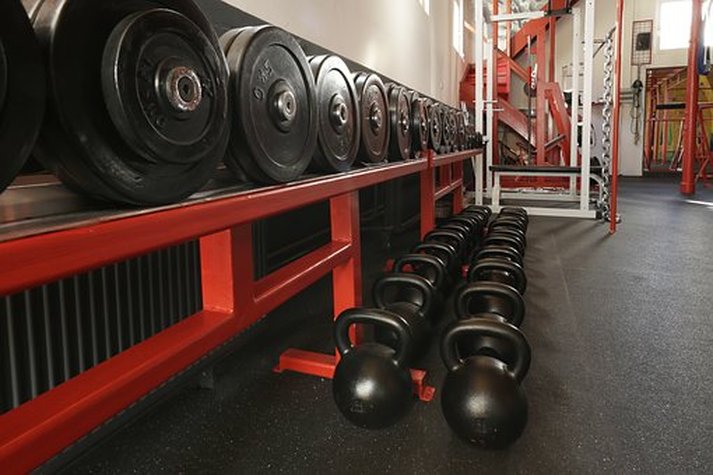 Dr. Schierling is licensed chiropractor and world-renowned for intervention with persistent chronic pain. Dr. Schierling focuses on a holistic approach to helping end his patients’ chronic pain that includes Scar Tissue Remodeling Therapy.
All Posts »
PrevPreviousveganism for everyone?
Nexthumans as carnivores?Next