A VEGAN DIET FOR EVERYONE 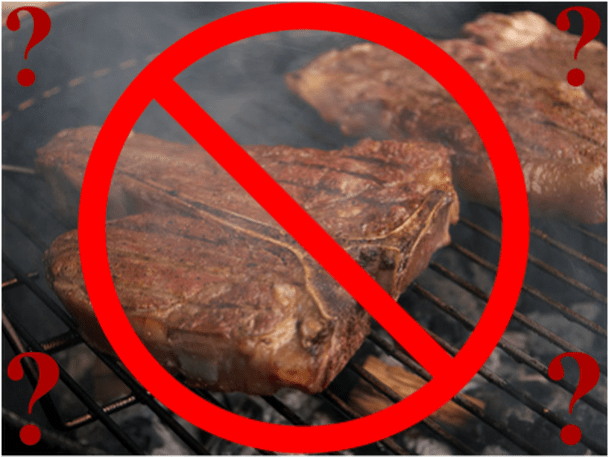 As far as cardiology is concerned, there’s a new sheriff in town.   Dr. Kim Williams, a cardiologist at Rush University in Chicago, has been elected to be the next president of the prestigious organization for heart doctors — The American College of Cardiology.  This would not be news except for the fact that not only is Dr. Williams a vegan, he wants you to become a vegan too.  In fact, when given the platform to promote veganism, Williams jumped at the chance (see the July 21, 2014 issue of MedPage Today — CardioBuzz: Vegan Diet, Healthy Heart?).

What is veganism?  Follow along.  Vegetarians eat no meat.  Unlike vegetarians, vegans eat no animal products whatsoever.  Zero, zilch, nada.  Fish?  Forget about it.  Poultry?  Wouldn’t be caught dead.  RED MEAT?  Not on your life.  Eggs, RAW MILK, or cheese?  Nope, nope, and again, nope.    After seeing a patient with, “very-high-risk findings — a severe three-vessel disease pattern of reversible ischemia,” do just that — reverse their ischemia; Dr. Williams was curious as to how it had been accomplished.  It seems that this particular patient had been on the Dean Ornish Diet — a vegan diet that has been around for quite a number of years.  Dr. Williams was so thrilled with the results (he himself went on the diet to LOWER HIS CHOLESTEROL), that he is now recommending a vegan diet for all his cardiac patients.  He goes on to add….

Wouldn’t it be a laudable goal of the American College of Cardiology to put ourselves out of business within a generation or two? We have come a long way in prevention of cardiovascular disease, but we still have a long way to go. Improving our lifestyles with improved diet and exercise will help us get there.

It is a laudable goal — in the same way that LBJ’s war on poverty and disease was a laudable goal as well.  But look where Johnson’s policies have gotten us.   I have a beef (no pun intended) with how Williams proposes we get there.  He recommends a, “cholesterol-free diet, using “meat substitutes” commonly available in stores and restaurants for protein“.  That means that on this diet you are likely to be getting a seriously heavy dose of soy — a known ESTROGEN-MIMIC.  And the truth is, I have seen a lot of people literally fall apart on a completely vegan diet.  For many, it can be difficult to get the protein needed for health, growth, repair, and regeneration — especially considering that your body is largely made up of protein.

While I think it is quite possible for certain people to do fine on a vegan diet, I find many who do poorly.  Whichever way you decide to roll on this issue, listen to what Dr. Art Ayers said in YESTERDAY’S POST.  “You can eat the extremes of just meat or only vegetables or any mixture and be healthy, as long as your gut flora is made up of about two hundred different species of bacteria that can fully digest the soluble fiber in your diet“.  This probably helps explain why you see people doing “well” on such opposite ends of the dietary spectrum as PALEO (my diet recommendation for most of my CHRONICALLY ILL PATIENTS — CANCER is a different animal altogether and often requires a different approach) and vegan.  I wrote about this phenomenon a couple years ago (HERE).

The medical community (not to mention THE GOVERNMENT) has a terrible history when it comes to dietary suggestions / guidelines.  They were the ones that told us for decades that DIETARY FAT WAS OUR BIGGEST NEMESIS.  It was they who said that animal fat (lard) caused heart attacks, while “Vegetable” Shortening (TRANS FAT) was heart-healthy.  They continue to say that SALT is bad for health, and they were the ones that told us to eat Margarine (contains Trans Fats) instead of butter.  For Pete’s sake; for a couple of decades they even warned us against eating eggs because of the cholesterol.  I could go on but the point is, these are the sorts of things that Dr. Williamson is wanting to revert back to with his Veganism For Everyone campaign.  The problem is……..

At the end of his article, Dr. Williams admits that, “interestingly, our ACC/American Heart Association (AHA) prevention guidelines do not specifically recommend a vegan diet, as the studies are very large and observational or small and randomized“.  In plain English, this means that there are really no valid studies concerning vegan diets as a remedy for CHRONIC INFLAMMATORY DEGENERATIVE ILLNESSES.   This thought was echoed by Dr. David Katz of Yale University in a post I put up four months ago today (see the link from the top of the previous paragraph). Working for our government, Dr. Katz stated that the evidence for vegan diets is, “essentially nonexistent“.  The crazy thing about all of this is that I distinctly remember the diet recommendations / guidelines for those with heart disease and DIABETES while I was in college as well as my early years of practice.  The powers that be were actively promoting the “Fat Free” HIGH CARB LIFESTYLE by promoting things like Fat Free Saltine Crackers.

Since I will not have any time to spend debating the vegans that will inevitably want to crucify me in my own comment section, I would suggest you read the debate taking place in the COMMENT SECTION of the original article.  I promise that it will be a real eye-opener for many of you.   On a slightly different note, I do find it an interesting dichotomy that when I use “TESTIMONIAL EVIDENCE” to validate what I do, the medical community decries it as “anecdotal“.  But Dr Williams himself as much as admits to using nothing more than Testimonial Evidence to dramatically change our government’s dietary guidelines.  The problem is, much of the so-called “evidence” we cling to today is bogus anyway (HERE).

Dr. Schierling is licensed chiropractor and world-renowned for intervention with persistent chronic pain. Dr. Schierling focuses on a holistic approach to helping end his patients’ chronic pain that includes Scar Tissue Remodeling Therapy.
All Posts »
PrevPrevioushow important is the relationship between gut health and inflammation?
Nextbest calcium supplement for osteoporosisNext