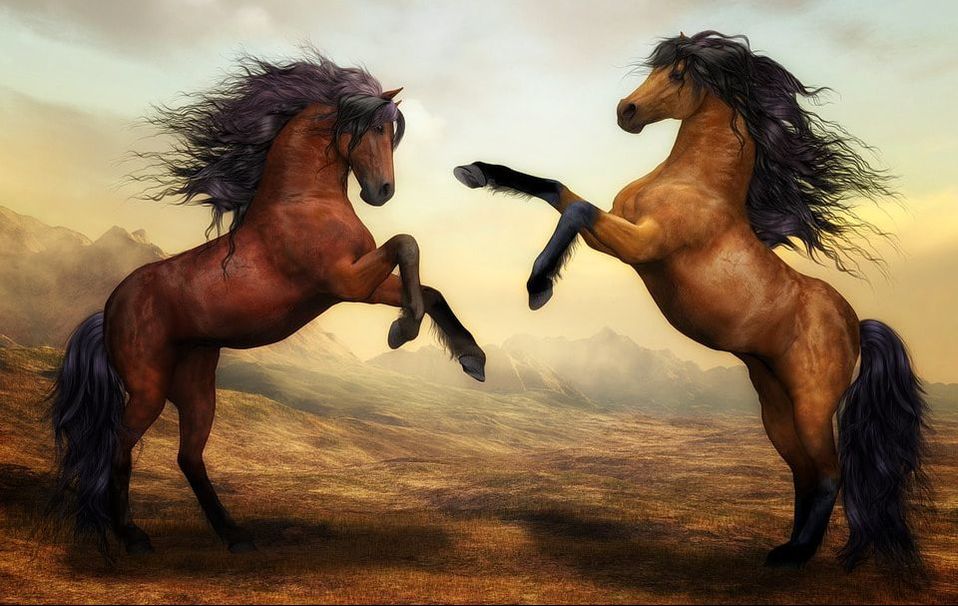 Susann – Deutschland/Mecklenburg – Pixabay
Far too often, the approach of modern medicine is covering symptoms while failing to as much as even attempting to address underlying cause of those symptoms.  And whether the problem is in the body or the mind, when the treatment is geared at making the patient feel better without actually getting to the root cause of the problem, things will ultimately get worse.   The medical solution?  Just remember that Valium was the #1 drug in America for almost two decades.  Remember the classic from Pink Floyd’s The Wall album?  All too often, doctors feel that “Comfortably Numb” is a good place for their patients to be —- that Comfortably Numb patients are the best kind of patients.

As a clinician who sees lots of patients who are chronically ill and / or dealing with chronic pain, I keep an ear to the ground as far as trying to figure out what sorts of things benefit patients, and conversely, what things are a waste of time, energy, and resources.   Anyone who has been in this game very long realizes that when doctors cannot find the underlying cause(s) of a patient’s chronic pain, they usually wind up telling them that their underlying problem is “DEPRESSION“.   And Wallaaaa….   Their magic cure always seems to be one of the latest antidepressant drugs —- usually an SSRI.   Yes; I do realize that there is some medical research out there that links Depression to Chronic Pain.  However, nearly 25 years of clinical experience has taught me that just the opposite is more likely to be true — much more likely.   I frequently see people who are fighting Depression because their Chronic Pain is destroying their lives and preventing them from doing the things they have always loved doing.  Either way, it can become a vicious cycle.   Pain, Depression, Pain, Depression.  Repeat ad infinitum.

For decades, the drug of choice for treating depression in America was opioids (derivatives of opium such morphine).  As you can imagine, this presented some serious problems — namely addiction.  Is it any coincidence that the 60’s saw a veritable explosion of heroin use in the U.S.?    By 1960 the medical community realized that this was not a good thing, so they did a total one eighty.  The new drug-of-choice for these patients became amphetamines.  Once it was determined that “speed” did not make a good anti-depressant either, the medical community did another one eighty.  They started prescribing downers. For almost two decades, the number one prescription drug in America was Valium.  Doctors may as well have told these patients to drop by the liquor store on the way home and purchase a fifth of scotch —- it’s cheaper, easier on the liver, and probably less addictive.  And remember; all of this was done in the name of “science”.

Not only do we now have about a jillion different drugs for treating Depression, we have numerous different classes of drugs for treating Depression.  However, the only class I am going to address in this series of articles also happens to be the most common here in the United States —- SSRI’s (Selective Serotonin Re-uptake Inhibitors).   Although there are dozens of drugs in this class, some of the most common include Celexa, Lexapro, Prozac (Fluoxetine), Seneril, Paxil, and Zoloft (there are dozens of others).  But how do they work?  Stay with me and we’ll get there momentarily.

Seratonin is a neurotransmitter that is found largely (90%) in the gut.  Stop and re-read the red sentence above.  Now read it again.  Read it one more time for good measure. Remember, it is critical for those of you struggling with Depression!  If you do not understand this simple fact, you cannot help yourself kick Depression without drugs!

I frequently remind people (especially those who have been on lots of ANTIBIOTICS) about the fact that 80% of your body’s entire Immune System is found in the Gut (HERE).  But it does not stop there.  If you have visited ENDO-GUT, you are already aware that the scientific literature refers to the gut as the “Second Brain”.  Some of this has to do with the fact that 90% of your body’s Serotonin is produced in the Gut.

Serotonin is synthesized, in the gut, from the amino acid Tryptophan (Tryptophan is a large constituent of the protein found in things like milk and turkey — foods that are said to make you sleepy).  Proper Serotonin synthesis is critical because it just happens to be the body’s “feel-good” chemical neurotransmitter that is responsible for things like mood, one’s sense of well being, and happiness.  It is heavily involved in the regulation of sleep cycles and appetite as well.  In other words, if your gut is not making enough Serotonin, you are going to feel crappy, sleep poorly, have low self esteem, eat too much, and typically weigh too much.  And unfortunately this describes way too many Americans!

A VERY OVERSIMPLIFIED EXPLANATION OF NEURO-TRANSMISSION
SSRI’s (Selective Serotonin Reuptake Inhibitors) do exactly what their name implies they do.  They inhibit the re-uptake of Serotonin. But let me back up a bit.   Look at the picture above.  Nerves are made up of individual nerve cells called neurons which are themselves made up of a cell body (it looks like an octopus in the picture above) with a long, branching appendage called an axon.  It is the axon that actually transmits messages to other nerves, muscles, or organs.  The end of the axon is somewhat bulbous and is pictured in the square above, as well as below right.

Amazingly enough, the nerves do not actually “touch” each other when they transmit their chemical / electrical messages.  There is a tiny gap between them called a Synapse or “Synaptic Cleft”.  When the nerve impulse reaches the end of the axon, this triggers the neurotransmitter (in this case, Serotonin) that is stored in tiny bubbles called “Synaptic Vesicles”, to be released into the Synapse.  The Serotonin moves across the Synapse to the Serotonin Receptor on the dendrite of the next nerve.  This causes an electrical impulse to fire up the dendrite to the cell body, and finally to the axon, which stimulates the release of Serotonin across the Synapse.  Repeat at extremely high speeds.

Oh, one more critical thing to understanding this process is grasping the fact that the Serotonin has to be removed from the receptors on the opposite side of the Synapse so that it is ready for the next nerve impulse that comes along.  And odds are that impulse will be coming along quickly.  The adult brain has an estimated 500 trillion synapses, which calculates out to one billion of them in each and every cubic millimeter (unfortunately, politicians have less).

In this process of transmitting messages across the Synapse using Serotonin, about 10% of it is lost.  The rest is transported back across the Synapse into the Synaptic Vesicle where it can be used again and again and again.  This process is called “reuptake“.  Selective Serotonin Reuptake Inhibitors inhibit the reuptake of Serotonin.  This means that instead of the Serotonin being carried back to the Synaptic Vesicle for reuse, it remains in the Synapse / Synaptic Gap (Synaptic Cleft) and creates a continual stimulation of the Serotonin Receptors.  At least this is what scientists think happens with SSRI Drugs.  The truth is that no one really knows exactly why these drugs do what they do.

Interestingly enough, another class of drug, SSRE’s (Selective Serotonin Reuptake Enhancers) do the exact opposite of SSRI’s —- yet are also FDA approved Antidepressants.  How can this be?  How can two drugs that work in exact opposition to each other be prescribed to treat the same problem?  Although hypothesises abound, no one really knows for sure.  In fact, some scientists are saying that the current model for the way that SSRI’s work is incorrect —- radically incorrect.  All we know is that there are a boatload of side effects associated with both of these classes of drugs.  And because no one really understands exactly how they work, no one knows exactly who is going to get these side effects, how severe they might be, or how long they might last.

What exactly are the side-effects of SSRI’s?  Rest assured, they are many and miserable.  Stick around for tomorrow’s Blog Post —- CHRONIC DEPRESSION PART II.