chronic pain: why scar tissue and fascial adhesions are more common today than in the past

“Inflammation is the collective name we give a group of Immune System chemicals which are used by cells to communicate with each other.  Although for the most part, these chemical compounds are vital and necessary for good health and the healing process, too much of any of them can cause problems — serious problems.  When these Inflammatory messenger compounds are released into the blood stream, the body sends white blood cells and other Immune System cells to attack and destroy the source of the Inflammation.  There is usually collateral damage as the body ends up damaging its own tissues in its response.  One of the hallmarks of this damage is that the body will often replace normal healthy tissue with fibrous connective tissue / scar tissue.  The tissues that tend to be damaged the most in this process are those with the least ability to regenerate — heart, nerve, and muscle tissue.”  Dr. Russell Schierling from Friday’s post (SUGAR CONSUMPTION AND SYSTEMIC INFLAMMATION) 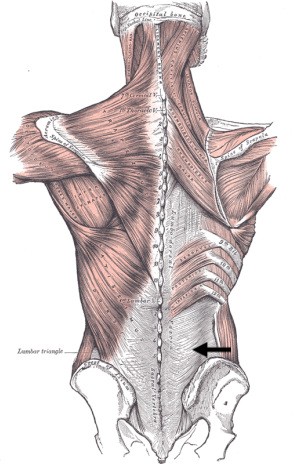 If you have read any of my numerous posts on INFLAMMATION, you are probably aware that it is at the root of almost every single health issue you can name — even many that have been previously believed to be “GENETIC“.  In today’s post, I am not so interested in the heart and nerve tissue mentioned mentioned in the quote from above.  I am, however, extremely interested in discussing SCAR TISSUE that tends to develop in muscles and FASCIA.  This is because a significant part of my practice is spent dealing with chronic musculoskeletal conditions that are related to adhesions, fibrosis, and scarring of Connective Tissue (HERE is a partial list).

Don’t get me wrong.  Scar Tissue and TENDINOSIS almost always have some sort of mechanical trigger.  In other words, things like traumatic injury, WHIPLASH, repetitive work, heavy lifting, POOR POSTURES, etc, can all cause Scar Tissue to form.  However, when Inflammation is present in significant amounts, the problems created by this Scar Tissue can be greatly magnified because the amount of Scar Tissue has the potential to be so much greater.  In fact, they can sometimes be impossible to resolve without dealing with the underlying Inflammation.  To better understand what this combination of Inflammation and Scar Tissue does to people, why it might be causing pain, as well as why static tests such as MRI or X-rays are not going to show you much as making a diagnosis is concerned, take a few seconds to look at these Ultrasounds of Thoracolumbar Fascia (the arrow in the image above is pointing to the Thoracolumbar Fascia).  The videos come from a study called Reduced Thoracolumbar Fascia Shear Strain in Human Chronic Low Back Pain, that was published in the September 2011 issue of Biomed Central Musculoskeletal Disorders.

THORACOLUMBAR FASCIA
NO BACK PAIN

Play these videos at the same time and watch the difference between the two.  No wonder the study’s conclusions chalk at least part of the difference up to, “intrinsic connective tissue pathology“.  This “pathology” is what I have been referring to as “FASCIAL ADHESIONS” for years (usually in the office, I simply refer to it as Scar Tissue).  The thing you have to remember is that Connective Tissues such as Fascia are ubiquitous in the body — they are literally found everywhere.   Due to several reasons, but mostly because of our ridiculously cruddy and processed diets, Systemic Inflammation has become nearly ubiquitous in our modern society as well, and can be found in almost everyone (see FRIDAY’S POST).  These Connective Tissue adhesions and restrictions have the ability to perpetuate the whole process and make it worse than ever — causing even more Inflammation, which causes more fibrosis and adhesion. Repeat ad infinitum. This is one of the reasons that for those of you struggling with CHRONIC PAIN, it is critical to understand the ins and outs of Inflammation.  If not, it becomes increasingly unlikely that you will find resolution and lasting relief.

The truth of the matter is that this post could have been about almost any disease process.  In other words, “There is much more (insert your DISEASE OF CHOICE HERE) than there used to be due to Chronic Systemic Inflammation“.  If you are interested in squelching this Inflammation, HERE are a series of posts that will help you get started.

Dr. Schierling is licensed chiropractor and world-renowned for intervention with persistent chronic pain. Dr. Schierling focuses on a holistic approach to helping end his patients’ chronic pain that includes Scar Tissue Remodeling Therapy.
All Posts »
PrevPreviousvideo testimonial:  dequervain’s syndrome
Nextwhich is the bigger factor in obesity: overeating or not exercising?Next