which is the bigger factor in obesity: overeating or not exercising?

WHICH IS THE BIGGER FACTOR IN OBESITY;
OVEREATING OR NOT EXERCISING? 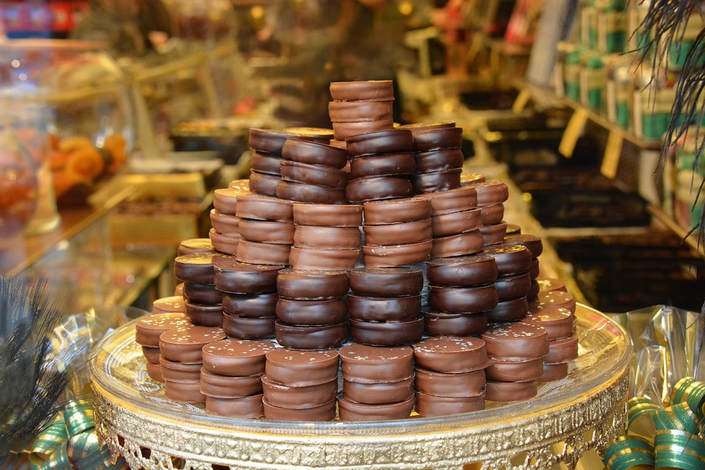 Pixelia – France – Pixabay
“The prevalence of abdominal obesity has increased among normal-weight women and overweight women and men….   the trends in abdominal obesity among the overweight are concerning in light of the risks associated with increased waist circumference independent of BMI.”  Dr. Uri Ladabaum, a professor of medicine at Stanford University’s School of Medicine.  And in case you had not yet heard, ABDOMINAL OBESITY is one of the most serious health crisis facing America today.

“I would contend that diets were already horrendous 16 years ago, while people continue to get more and more sedentary.”  Dr. Russell Schierling, stating the main reason he believes the premise of this paper is incorrect.

A study published in this month’s issue of the American Journal of Medicine concluded that lack of exercise is a bigger factor in America’s burgeoning OBESITY EPIDEMIC than diet.  The study tracked diet and exercise trends from two decades ago (1994) through 2010.  When the study began, women who did not do any form of exercise constituted less than 20% of our population — a very definite minority.  Just 16 short years later, they became the majority, making up over 50% of the population.  And get this; in both men and women, the average BMI increased by a whopping .37% per year over the course of this study.  On top of this, the average FEMALE WAIST CIRCUMFERENCE increase by the exact same amount — .37% per year.

One of the lead authors, Dr. Uri Ladabaum, a professor of medicine at Stanford University’s School of Medicine, wrote that, “Our findings do not support the popular notion that the increase of obesity in the United States can be attributed primarily to sustained increase over time in the average daily caloric intake of Americans“.   I respectfully disagree with this conclusion, and let me tell you why.  In a nutshell, it’s because calories are not all created equal — a position that has been beautifully articulated by the venerable GARY TAUBES (watch his video at the bottom of this link).  Allow me to do my best to explain why I believe the “average daily caloric intake” has less bearing on your weight than you may think.

Just a few short weeks ago, I wrote a post discussing the cover article from Time Magazine telling us that the war on dietary fat was finally over (HERE).  One of the things discussed in this article was the fact that since dietary fat contains a whopping 9 calories per gram (as compared to 4 calories per gram for both protein and carbohydrate), logic would intuitively lead us to the conclusion that, “eating fat makes you fat“.  After all, this was the message that was literally pounded into my head as a Nutrition / Exercise Physiology double major at Kansas State University (class of ’88).   The government through their weight behind spreading that message, which led to the Reduced Fat / Fat Free craze of the late 1980’s, 1990’s, and early 2000’s.  Unfortunately, those who followed this message became part of the generation that was both fatter and sicker than any people in the history of our planet.  But let’s answer the question of why — why does the number of calories consumed not matter nearly as much as we have always been led to believe?

The definition of a calorie is, “the amount of energy needed to raise the temperature of one gram of water by one degree Celsius“.  In other words, calories, as defined here, are nothing more than fuel (firewood) that provides the energy to run your body.  Let me explain to you the myth of calories by telling you about an experiment I did on myself.  A few years after starting practice nearly 23 years ago, I looked at a recent picture of myself and noticed that I was starting to get soft (mirrors lie — photos don’t).  Having been one of those folks who had been eschewing dietary fat for the better part of the previous decade, I could not fathom why — especially since I was still working out and lifting weights.  After all, since I had always been the proverbial “lean, mean, fighting machine“, I believed myself to be healthy (HERE)  After studying some of the principles of Low Carb Diets — chiefly the way that INSULIN AFFECTS METABOLISM — I did an experiment on myself.

I basically did the “Induction Phase” of an Atkins Diet for several weeks, doing something that except for occasional binges, I had not done in years.  I ate quantum amounts of fat, no sugar, and almost no starch.  The excess weight literally fell off of me.  Shortly after this, I watched as an older friend’s extremely obese and unhealthy father (5’9″ — 275 lbs) not only lost a massive amount of weight doing the same thing, but his blood work (CHOLESTEROL, BLOOD PRESSURE, DIABETES, etc) normalized in the process.  The more I studies the relationship between CARBS & INSULIN RESISTANCE, the more I realized that I had been duped.  To this day, I still feel like a moron for not figuring this out in school.  This is why I firmly believe that the number one health problem facing America today is UNCONTROLLED BLOOD SUGAR.

What all this means is that calories do not mean nearly as much as the way those calories act on your ENDOCRINE SYSTEM (chiefly your pancreas’s Insulin production and your ADRENAL GLANDS).  In other words, as far as fat storage is concerned, dietary fat is a fairly inert substance (it does not cause your body to release Insulin).  SUGAR and starch are not (they do cause the body to release Insulin).  A simple way to think about this is to understand what it takes to fatten a beef.  You don’t fatten cattle by feeding them fat; you fatten them by feeding them grain / sorghum.  Simply stated, this leads to Inflammation (HERE), which is a known cause of numerous health problems, including obesity.

I don’t believe that the medical community truly understands either concept.  If they really understood how serious Systemic Inflammation was, they would be far more confrontational with their patients as far as their diets and lifestyles were concerned.  And as for the notion that all calories are essentially equal (nothing more than a simple measurement of energy); this idea has wreaked havoc on America’s collective weight..   This is why simply “watching” your calories is not going to get you very far in the WEIGHT LOSS GAME.  You must realize that there are both good calories and bad calories, and pay attention to what you eat far more than how much of it you eat..

In Tim Ferris’ book, Four Hour Body, he admitted that counting calories was not very beneficial, but for those trying to lose weight, it was probably better than not counting anything at all.  That might be true (notice I said ‘might‘), but how easy would it be for doctors to educate their patients on this matter? Patients already know the names of dozens of diseases, drugs, and procedures. I don’t think that desperate patients learning a little something about the relationship between Inflammation, Chronic Pain, Insulin, and Diet would be too much to ask.

Dr. Schierling is licensed chiropractor and world-renowned for intervention with persistent chronic pain. Dr. Schierling focuses on a holistic approach to helping end his patients’ chronic pain that includes Scar Tissue Remodeling Therapy.
All Posts »
PrevPreviouschronic pain: why scar tissue and fascial adhesions are more common today than in the past
Nextchronic hip spasm solutionNext