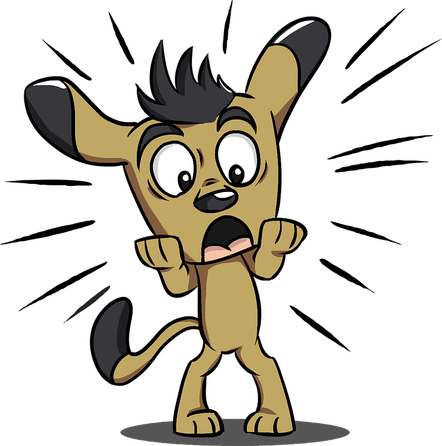 OpenClipart Vectors
“Behind current dietary advice to cut out the fat, which contains more than twice the calories per gram of carbohydrates and protein, the thinking is that simply reducing fat intake will naturally lead to weight loss. But our robust evidence clearly suggests otherwise.  There is no good evidence for recommending low-fat diets.”    Dr. Deirdre Tobias of the Harvard Medical School and the Brigham Women’s Hospital, from the article discussed below (Dr. Tobias is the lead author of the study being discussed today)

According to Webster’s 1913, “surprise” means, “To come or fall suddenly and unexpectedly; to take unawares; to seize or capture by unexpected attack.  To strike with wonder, astonishment, or confusion, by something sudden, unexpected, or remarkable; to confound“.   The fact that a recent study (Effect of Low-Fat Diet Interventions Versus Other Diet Interventions on Long-Term Weight Change in Adults: A Systematic Review and Meta-Analysis) in one of the the oldest medical journals on the planet (The Lancet — their Diabetes & Endocrinology issue) is “surprising” the medical community comes as no surprise to me.

You see, despite that fact that famous cardiologist Robert Atkins book first hit bookstore shelves almost 45 years ago, doctors have been telling patients to consume less fat — particularly SATURATED FAT — for health-related reasons.   And when studies come out challenging this notion (there have been MANY), the medical community gets their collective panties in a wad.  The internet is replete with articles about doctors who are questioning these latest findings — one such article is can be found in the Halloween issue of the Irish Times (Fat Fight: Researchers Disagree Over Study Into Low-Fat Diets).  The article starts out thusly………

“A row has broken out between researchers over claims made in a new study that adopting a low-fat diet may not be the best way to slim.”

What, pray tell, are these scientists fighting about exactly?  The study, that actually crunched data from over 50 studies with over 68,000 subjects, revealed that low fat diets are not quite as effective for weight loss as are low carb diets.  The weight loss difference between the two diets amounted to a grand total of a kilogram — which for those not versed in the metric system is a bit over two lbs — not exactly earth shattering, and probably not very clinically significant.  But diet is about much more than weight loss.

I want to take a couple moments to discuss the sort of problematic comment I found most often in relationship to this study — this one by Dr. Thomas Sanders, Head of Nutritional Sciences Division of King’s College in London, England; “To me the take home message from this paper is that energy intake determines the extent of weight loss rather than the relative proportions of fat and carbohydrate in the diet.  In order to control body weight, it still remains sensible advice to eat less and avoid consuming excess amounts of fat and sugar especially as fatty meat, deep fried foods, cakes and biscuits and sugar-sweetened beverages.“

Most of his advice is good.  However, he continues to promote half of the same old eat-less-exercise-more routine that has been shown to be an abject failure (HERE).  Why?  Why does this sort of advice (aka “Portion Control”) not work for most people?  Simply because it is based on the disproved notion that a calorie, is a calorie, is a calorie.  Period.  Allow me just a paragraph to show you why this thinking is dead wrong.

Insulin is a hormone your body makes in response to increases in blood sugar.  Its job is to keep blood sugar level by moving it out of the blood and into the cell, where it can either be burned for energy or stored as fat.  Protein does not increase blood sugar.   And dietary fat (I am not talking about TRANS FATS here, as they are a different story) actually blunts the effects of a sugary / starchy meal.  However, dietary carbohydrate — particularly starchy, sugary, or processed carbs — increases blood sugar, thus increasing insulin levels, thus increasing your potential to store fat.  It’s why people who go on a KETOGENIC DIET for whatever purpose, can’t help but lose weight.

If you are not losing weight with a low carb approach, there are two chief reasons why.  The first has to do with the reason that people basically fail with all diet approaches — they can’t get past their ADDICTIONS (otherwise known as “cravings”).   Follow the link and read the articles.  Addictions are usually easier to defeat than you realize.  The second has to do with underlying metabolic, ENDOCRINOLOGICAL, or NEUROLOGICAL issues.  To see what I am talking about, I left a few articles for you to look at (HERE), which also happen to show you how to start correcting said problems.

Back to the large quote above about “slimming” (WEIGHT LOSS).  While it’s true that LOW CARB or PALEO-LIKE diets are the best thing going for weight loss, there are other things that work equally well.  METHAMPHETAMINES, for instance, work like a charm.  The thing, however, that low carb has going for it is that it controls BLOOD SUGAR.  Because almost every health problem imaginable (HERE is a short list) has its roots in not paying attention to your blood sugar, and because we are a society infatuated with SUGAR AND JUNK CARBS, there is no mystery to a big part of what’s driving our national health crisis.   But this is only half the story.

When you get down to brass tacks, DIABETES is not so much a “blood sugar” problem as it is an INFLAMMATION problem.  And make no mistake about it — one of the biggest drivers of Inflammation today is SUGAR or foods that rapidly break down into sugar (foods that are high on a ‘Glycemic Index’ chart) (HERE).  But why aren’t more doctors talking about findings like the ones in this study (which, when you think about it, ARE NOT NEW OR NOVEL INFORMATION)?  “When compared with dietary interventions of similar intensity, evidence from randomized controlled trials do not support low-fat diets over other dietary interventions for long-term weight loss.”  As is always the case, most of it boils down to money.

Sure, the rank-and-file work-a-day physician is to a large degree brainwashed concerning this issue, mostly because they are parroting what they have had beat into their skulls for so long — that dietary fat is bad, and what makes you fat and CLOGS YOUR ARTERIES WITH CHOLESTEROL.  But if we follow the “EVIDENCE,” we begin to see that the people who make DIETARY & HEALTH GUIDELINES are usually on someone’s payroll (oftentimes, dozens of someones — follow previous link).  HERE is a fantastic example of this with Coca Cola paying off cardiologists.

The coolest thing about the Lower Carb / Higher Fat approach, however, is not just that it is helpful for weight loss (HERE), but the fact that dietarily speaking (i.e. sans DRUGS), nothing is better as far as getting your blood work / lab work / physical exam findings in order.  As always, do not follow me or any other doctor blindly.   Do your own research and come to your own conclusions.