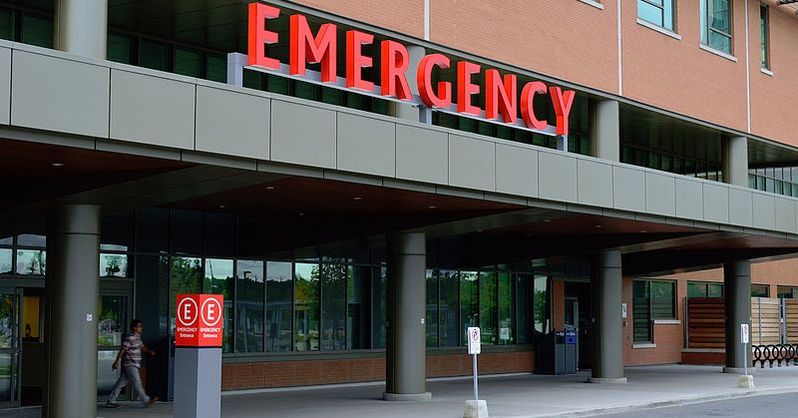 Raysonho @ Open Grid Scheduler / Grid Engine
Dr. Richard Bukata is a sharp guy.  Although he could have retired years ago, he continues to work as the Medical Director for the Center for Medical Education, as well as Clinical Professor of Emergency Medicine at USC’s Medical Center in Los Angeles.  He’s also the co-director of the “Original EM Boot Camp” training seminars for ER docs.  On top of all this, he’s the Executive Editor of the journal Emergency Physicians Monthly.  Honestly, I have no idea when he finds time to sleep!

MY BROTHER, an ER doc himself, sent me a link to Bukata’s recent editorial, Reader Beware: When Research Goes Wrong, which is yet another in a veritable avalanche of articles concerning the myth of EVIDENCE-BASED MEDICINE; one more proof that the emperor really is naked.  Dr. Bukata’s article can essentially be boiled down to a single paragraph.

“I bought the idea that the scientific literature, particularly the randomized controlled study, was the height of scientific evidence. I was of the belief that the authors of the literature were clinicians whose exclusive goal was to use the scientific method to find the “truth.” As such, I believed, naively, that the integrity of the literature was, pretty much, without question. And as a safeguard, there was always the peer review process to assure that everything was on the “up and up.” And the most prestigious journals certainly would not contain papers that were scientifically or otherwise compromised. Certainly, if it were in The New England Journal of Medicine, it had to be true.  But, over the years, I have become progressively more skeptical.”

If you listen closely, you can hear the disappointment in his words.  I imagine that Dr B. probably feels like Dorthy did when Toto pulled the curtain aside to reveal — tada — Professor Marvel, the snake oil salesman / fortuneteller from Kansas. The Great and Powerful Oz (Professor Marvel’s alter ego — played here by BIG PHARMA) has worked tirelessly to promote and reinforce the ultimate feel-good idea — that medical science can not only be completely trusted, but has all the answers when it comes to your health; most of them pointing you to TAKE MORE MEDICINE.

As the curtain slides back, however, we see that Professor Marvel is not all he has made himself out to be.  He’s been SPINNING HIS CONCLUSIONS, UNDER-REPORTING SIDE EFFECTS, SETTING UP STUDIES in ways that prove whatever he wants them to prove, COLLUDING WITH GOVERNMENT REGULATORY AGENCIES, PROSTITUTING HIMSELF to industry, BRIBING whomever he needs to, BURYING THOSE PESKY STUDIES that don’t turn out the way industry wanted, HIDING JUST HOW DANGEROUS the drugs really are, embracing FINANCIAL CONFLICTS OF INTEREST, and more often than anyone would ever have dreamed, engaging in OUT AND OUT FRAUD.

The whole mess is mixed together in a big cauldron, brewed until rancid, then sold to the public as an old fashioned patent medicine (with a shot of snake oil and laudanum for good measure) — Professor Marvel’s Cure-Whatever-Ails-You EVIDENCE-BASED ELIXIR.

PAY NO ATTENTION TO THAT MAN BEHIND THE CURTAIN

Dr. Bukata went on to invoke the name of one of EBM’s true “MYTH BUSTERS” — DR. JOHN IONNIDIS. Make no mistake, Ioannidis is not NATURAL HEALTH kind of guy, nor is he one of those fanatical, whacked-out, “ANTI-VAXXER” nut jobs that you’ll occasionally find on my site.  He is mainstream to the core.  He simply realizes that as far as the research end of the medical field is concerned, to a big degree it’s a house of cards.  Listen to what Ionnidis says of Dr. David Sackett, the father of EBM, whom he was essentially eulogizing in this paragraph from Dr. B’s article (Sackett was essentially eulogizing his baby; EBM).

“Although EBM is now widely accepted, with rigorous randomized trials, meta-analyses and practice guidelines, the author laments the many shortcomings of these publications (eg., wrong objectives, wrong surrogate outcomes, large margins for noninferiority, sponsorship by industry and gift authorship). Research further suffers from spurious risk factors, data dredging, and little relevance to health outcomes, while celebrities and science denialists sway public opinion. Physician practice is increasingly under financial (market) pressures, and authors are unlikely to publish EBM articles if the conclusion is that fewer interventions are needed. He concludes that despite increases in health care spending, medicine may now be doing more harm than good for patients and society at large. The author confesses that both he and EBM have “failed magnificently, in due proportion to our utopian ambition.””

The good news for those reading this is that the internet is helping level the playing field.  Not only can you find a ton of peer-review quickly and easily — something I truly enjoy bringing you (HERE, HERE, HERE, HERE, HERE, and HERE), but you can find almost any sort of online message board to see if recommended treatments (drugs, surgeries, potions, lotions, etc) actually work.

Truth be known, my disgust with the Orwellian-named EBM was a big part of what led me to start this site five years ago, knowing virtually nothing about online technology.  It’s also why I started doing VIDEO TESTIMONIALS.  I get it; they’re anecdotal as opposed to being double-blinded placebo-controlled RCT’s.  But when you can’t trust peer-review, what are you supposed to do?   On top of that, they’re pretty cool!  If you come back tomorrow you’ll get to see a brand new video from a person suffering with four years of post-surgical DeQuervain’s Syndrome that I solved in a single visit — four years ago (he did the video for us yesterday).