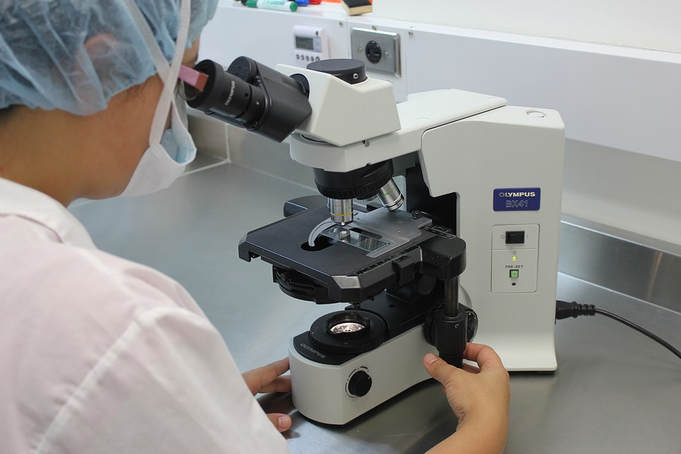 “Heel fat pad atrophy and plantar fascia rupture are two of the most feared complications associated with corticosteroid injections, as they can lead to intractable long-term complications. Various complication rates have been reported. The rupture rate of plantar fasciitis after corticosteroid injection ranged from 2.4% to 6.7% in two retrospective studies.”  From one of the studies discussed below
On his website (ANATOMY TRAINS) Tom Meyer asks the question, “Are there really 600 muscles, or one muscle in 600 different fascial pockets?”   The majority of the cutting-edge muculoskeletal anatomy experts have been asking essentially the same thing for at least a decade.  Most are saying that we need to look at the body radically differently than we have been — as a bunch of independent muscles, which is exactly how things are portrayed in most medically-oriented anatomy texts.  However, in the same way that “FUNCTIONAL MEDICINE” is rising to the forefront of solutions to any number of chronic health issues, so is “Functional Anatomy” rising to the top as far as helping find solutions to any number of CHRONIC PAIN SYNDROMES is concerned.

After years of practice and a great deal of study with pioneers like Ida Rolf and DR. LEON CHAITOW, Meyer began to notice very specific structural and functional patterns in MUSCLES and FASCIA, leading him to develop what he coined as Anatomy Trains — meridians of connective tissue that create, “a unique map of the ‘anatomy of connection’ – whole-body fascial and myofascial linkages. The Anatomy Trains concept joins individual muscles into functional complexes within fascial planes – each with a defined anatomy and ‘meaning’ in human movement.”  It’s difficult to argue with the clinical results Meyer has achieved using his technique (the Steccos have taken this concept a step farther, correlating these meridians to acupuncture points and meridians).  The only question that remained was whether or not his ideas could be proven.

About six weeks ago, the August issue of Archives of Physical Medicine and Rehabilitation answered this question with a study called What is Evidence-Based About Myofascial Chains? A Systematic Review. The authors —- a group of four researchers (MD / Ph.D types) from the Department of Sports Medicine at Frankfurt Germany’s Goethe University — came to some interesting conclusions.

Another study, this one from last month’s issue of Evidence-Based Complimentary and Alternative Medicine (Understanding Fibroblasts in Order to Comprehend the Osteopathic Treatment of the Fascia), built on something I have spent time writing about as of late — something that is critically necessary for healing to take place; FIBROBLASTIC ACTIVITY.  Although I believe you could benefit from reading this study in its entirety (it contains much of what I HAVE TALKED ABOUT IN THE PAST), their conclusions were as follows;

“The fibroblasts represent the foundation of the fascial system, a structure of connective tissue that covers and affects every body area. These cells have many properties, including the ability to contract themselves and to communicate with one another. They play a key role in the transmission of the tension produced by the muscles and in the management of the interstitial fluids. They are a source of nociceptive and proprioceptive information as well, which is useful for proper functioning of the body system.”

We’ve known for quite some time that in order for soft tissues such as LIGAMENTS, TENDONS, FASCIA, and Muscles to heal after SPORTS INJURIES, MOTOR VEHICLE ACCIDENTS, ABUSE, DENSIFICATION, or various work-related injuries, the tissue must be mobilized (the medical community calls this TISSUE DEFORMATION) and restored to normal function, or as close to normal function as is humanly possible.  This can be hindered by any number of complicating factors, including both INFLAMMATION and SCAR TISSUE (two subjects that are much more INTIMATELY RELATED TO EACH OTHER than most people realize).

The August issue of Manual Therapy carried a study on this topic called The Effectiveness of Soft-Tissue Therapy for the Management of Musculoskeletal Disorders and Injuries of the Upper and Lower Extremities: A Systematic Review by the Ontario Protocol for Traffic Injury Management Collaboration.  Fourteen researchers poured over the past century’s scientific literature, coming to some interesting ‘cherry picked’ conclusions.

One of the things I have learned is that doctors routinely over-estimate that success rates of their treatment.  I well remember once, when trying to find out the actually success rates of various kinds of SPINAL SURGERY; instead of finding research when I Googled “Spinal Surgery Success Rates,” I kept running into doctor’s claims on their websites. Most of these sites were touting at least 80% success rates, with many touting 90%.  The problem is that no one who knows anything at all about back surgery believes it has a success rate approaching 80% — especially over the long haul.  It seems that the same thing is likely true when it comes to PLANTAR FASCIITIS.

Last month’s issue of Foot and Ankle International (Long-Term Outcome of Open Plantar Fascia Release) concluded that even though, “Partial plantar fascial release is reported to have a short-term success rate of up to 80%,” the authors published this study because, “anecdotally this was not thought to represent our local experience.”  Although the procedure was shown to be effective some of the time, the authors concluded that, “A prolonged recovery period and generally poor outcomes leads the authors to suggest that open plantar fascia release is of questionable clinical value and that patients may improve in the natural course of the disease, in spite of surgery.”  They also had some interesting comments concerning Corticosteroid Injections.

I have been a ‘harpie’ on CORTICOSTEROID INJECTIONS for the duration of my decades in practice. This is because while nothing is more powerful as far as relieving the “ITIS” (inflammation) of Plantar Fasiciitis, nothing has more or worse side-effects — side-effects that we know from the peer-reviewed scientific literature are UNDER-REPORTED BY AT LEAST 90%.  In fact, if you click on the first link in this paragraph, you will see that this class of drugs is not recommended by the standard-of-care guidelines a fraction as much as it is actually used.  Not only did the study mentioned above bear this out (“The authors also found worse outcomes with preoperative steroid injections“), but we see the same thing in another new study as well.

The Singapore Medical Journal published a study in it’s August issue called The Effectiveness of Corticosteroid Injection in the Treatment of Plantar Fasciitis.  To answer the rhetorical question posed by the study’s title; they aren’t.  In this meta-analysis of many studies, the authors determined that, “it is evident from these studies that the effects of corticosteroid injections are usually short-term….  Many [doctors] are concerned about the potential complications associated with this treatment modality, which may offset its benefits.”   The problem with Corticosteroid Injections for any sort of musculoskeltal problem is that you are essentially trading tomorrow for today (short-term relief, for long-term tendon and connective tissue destruction).  This is because this class of drug is a known degenerator of tendons and other COLLAGEN-BASED CONNECTIVE TISSUES.

Although the worst of the mentioned complications of these injections was total rupture of the tendon (plantar fascia rupture), one of the problems the authors brought up was extremely intriguing — especially in light of what I have shared with you about the debate over TENDINOSIS -vs- TENDINITIS.

“Plantar fasciitis is used to describe heel pain caused by an inflammation of the plantar fascia. This could result from a… tear in the plantar fascia or damage from repetitive microtraumas. Plantar Fasciosis describes the degenerative, non-inflamed phase of plantar fasciopathy. It arises from degenerative processes affecting the junction between the periosteal (calcaneus) and the ligament attachment (plantar fascia).”

In plain English, the PERIOSTEUM (fascial membrane that surrounds bone) becomes aggravated by chronic mechanical stress, not necessarily causing “itis” (Inflammation) as has always been taught, but instead causing “osis” (Degeneration).  Because the underlying cause of the problem is mechanical and not inflammatory, the injections or NSAIDS prescribed will either not work at all, or they won’t work for very long — something we have seen over and over and over again in peer-review; even though doctors continue to insist on said treatment.  “The recommendation of corticosteroid injections as a tier 1 treatment option by the American College of Foot and Ankle Surgeons was met with much skepticism and raised certain controversial issues.“

If you are interested in regaining your health and getting out of pain, whether caused by Fascia or some other chronic issue, one of the best resources on the web can be found HERE.

Dr. Schierling is licensed chiropractor and world-renowned for intervention with persistent chronic pain. Dr. Schierling focuses on a holistic approach to helping end his patients’ chronic pain that includes Scar Tissue Remodeling Therapy.
All Posts »
PrevPrevioustendinitis -vs- tendinosis, fascial adhesions, and the relationship to icd-10
Nextgut health and overall health:  the relationship is bigger than you ever dreamedNext