THE MYTH OF
“FAT BUT FIT” 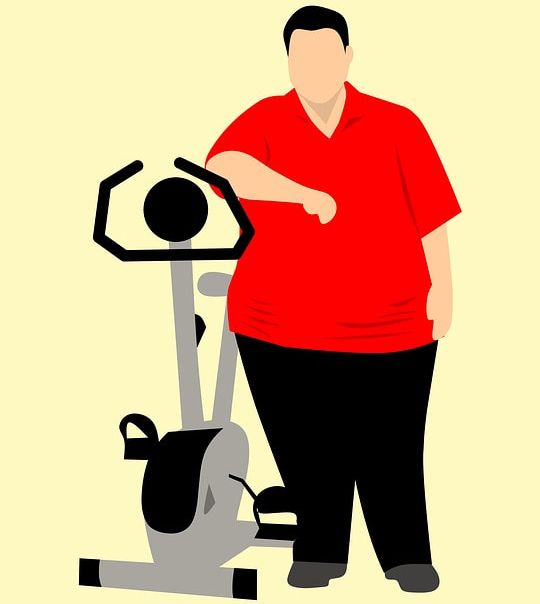 Mohamed Hassan – Giza/Egypt – Pixabay
I’ll never forget it.  A number of years ago, I had a terribly obese patient who was going in for a major surgery.  This person told me that after their pre-surgery physical, their doctor had said that, “Sure you’re a bit overweight, but you are as healthy as a horse.  In fact there are now studies showing how carrying extra weight is actually good for you.”  Within a year or two, this person was dead —- of a heart attack.  It kind of reminds me of Chris Christie (the very overweight governor of New Jersey) telling the media to “shut up” because he believed himself to be “remarkably healthy” in spite of his undeniable weight problem.

If you Google, “Fat but Fit” you’ll get over 27,000,000 (that’s 27 million) hits.  Many, if not most of these articles talk about research that shows, “it’s not how much you weigh, but how healthy you are“.  And believe it or not, there are even those who, like I showed you above, say that carrying excess pounds is actually healthier than being normal weight.  New research is throwing water on this crazy idea.  But before we delve deeper into this topic, I think we need to address what large numbers of people in the medical community have been referring to as Metabolically Healthy Obesity or MHO for short (not to be confused with Metabolically Obese, Normal Weight — MONW — aka “Skinny Fat”).

Brand new scientific research from The Lancet Diabetes & Endocrinology, and The Journal of Clinical Endocrinology & Metabolism shed some light on this particular topic.   Although no one has come up with any sort of “official” designation, some of the factors that seemed to best characterize MHO are…..

Dr Caroline Kramer (M.D. / Ph.D) of Mount Siani Hospital in Toronto Canada is the person who actually performed the above-mentioned research.  Mind you, she did not do any new research.  She simply re-analyzed 8 of the biggest studies ever done on this topic, this time accounting for several variables (her systematic review and meta-analysis involved over 60,000 people).  A same-issue editorial from researchers at the University of Colorado carried an identical message.  “Obesity is taking a toll on the health and well-being of Americans.  Accepting that no level of obesity is healthy is an important step toward deciding how best to use our resources and our political will to develop and implement strategies to combat the obesity epidemic.”  Just understand that none of these “POLITICAL RESOURCES” (HERE also) have been shown to be worth a flip at reversing, or for that matter, even preventing OBESITY.

JUST A FEW OF THE MANY HEALTH PROBLEMS ASSOCIATED WITH OBESITY

If you want to get serious about WEIGHT LOSS, just click on the link and start reading.