hey doc; can you help my piriformis syndrome?

PIRIFORMIS SYNDROME
CAN YOU HELP ME? 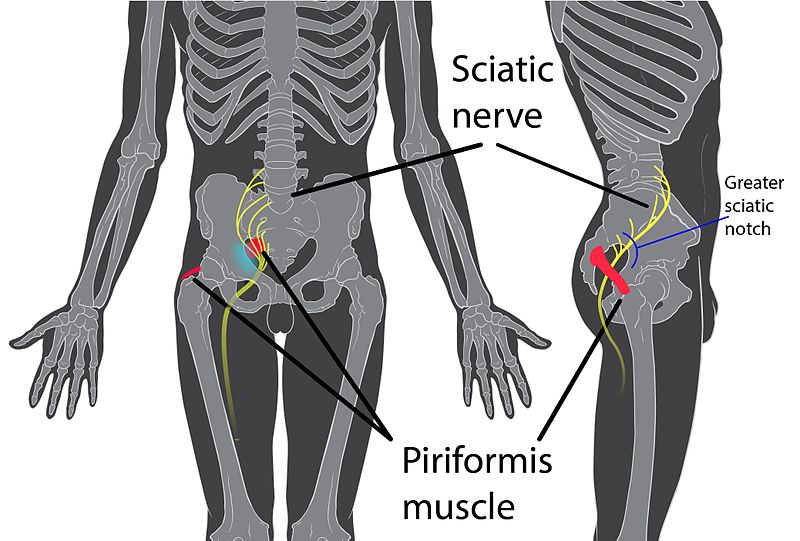 Patrick J. Lynch & KDS4444
Dr. Russ, Matt and I had identical issues and I came to see you about seven months ago. You were absolutely awesome, but like Matt, the pain came back. I just finished my two surgeries from the same physician Matt used in Milwaukee. I’m still recovering but the pain seems to be gone from the piriformis. IT bands and hamstrings still have knots. I truly believe Matt and I had the ultimate cases of PS. I believe Dr. Russ can help a lot of people with just one visit.  Please keep him in mind and do the travel if able. He REALLY does care of your health and well being. Thanks Doc, Mike 👊👊.
I received the preceding email about a week ago.  I truly enjoyed my time with Mike and was completely bummed that I was not able to help him on a long-term basis.  On the other hand, I’m thrilled he was able to find relief through a piriformis release surgery.  Back when I saw Matt; as nearly as I can remember, I had never “missed” with a case of PIRIFORMIS SYNDROME.  I did my thing, and people got better. Period.  It was simple.

What WRITING BLOG POSTS ABOUT PS did was start bringing all sorts of crazy cases (not crazy people, but hardcore cases) out of the woodwork.  Pelvic floor injuries, a variety of wild anomalies (mostly involving unusual bifurcations in either the sciatic nerve or the piriformis muscle), and any number of problems that were almost impossible to understand in light of the difficulties in imaging the area with MRI — the most common standardized test used today.

Because of what I’ve seen clinically, I would argue that incidence of Piriformis Syndrome is far underestimated.  And because I’ve helped many people with Piriformis Syndrome, not a day goes by that I do not get at least a handful of emails from people wondering if I can help their particular problem (HERE).  About the only thing I can promise these people is that they will know after ONE TREATMENT whether or not my approach is going to help.  To the best of my knowledge, I’ve never had anyone get worse.

What’s interesting is how many of the people I specifically tell I can’t help are upset at me.  Bottom line, I really don’t want you making a trip to see me if I don’t think there is a good chance I can help.  On the flip side of this coin, I’ve had a significant number of people who I was not convinced I had the solution for, make the trip anyway and end up getting better.  So when you write to me and I reply that I’m not really sure whether I can help or not, I’m simply trying to be truthful.

The thing that has left me most puzzled about the whole process is how the problem starts to begin with.  Although I see people whose PS began with a horrendous injury (HERE for example — read the comment), as often than not, the people developing this problem are athletic and take extremely good care of themselves (ASIDE FROM SOME SERIOUS OVERTRAINING).   I light of what we know about imaging tests for both degenerative discs and herniated discs (HERE and HERE), I’ve often wondered why Piriformis Syndrome often starts “out of the blue” in a person’s thirties or forties.  With the advent of MRN, newer ULTRASOUND TECHNIQUES, and different kinds of EMG’s, we will probably have some answers to this in the next decade or two.