Why So Many #%$^%*@# Chiropractic Adjustments to Deal With My Pain? 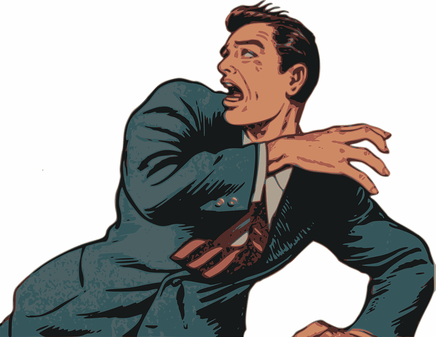 Having been in the Chiropractic profession since 1988, I know what sort of BENEFITS that adjustments can provide to sick and hurting patients (HERE is an example).  Keeping your nerve system free of interference and your spinal vertebrate MOVING FREELY can provide more benefit than most people realize.  But what about those who suffer with some sort of CHRONIC PAIN issue that does not seem to be helped by Chiropractic?

There are a large number of patients who will admit that the only thing that really seems to help them (without resorting to the PRESCRIPTION PAIN MEDS & OTHER SIMILAR) is CHIROPRACTIC ADJUSTMENTS.  But unfortunately, for many of this group, the great results of the adjustment don’t seem to last. very long.  These are the people who feel great after getting adjusted, but within a few days — or even a few hours — feel like they need to be adjusted again.  And the final kick in the teeth is that these people are told that this is “CHIROPRACTIC MAINTENANCE” and that they will require it (regularly, weekly, monthly, insert whatever you’ve been told here) for the rest of their life.

There are many and diverse reasons that failure to hold an adjustment could be a problem.  Probably the biggest is that such a huge segment of our population struggles with the effects of SYSTEMIC INFLAMMATION.  If you are dealing with any sort of CHRONIC PAIN SYNDROME, AUTOIMMUNE DISEASE, or CHRONIC INFLAMMATORY DEGENERATIVE DISEASE, you had better figure out what Inflammation is and how to squelch it — quickly.

But beyond Inflammation (not to mention, BECAUSE OF INFLAMMATION), the biggest reason that I see people not getting a longer lasting benefit from their adjustments is that they have some form of hidden Scar Tissue — usually in the form of FASCIAL ADHESION.

Over the years, I have learned that if there is underlying adhesed Fascia causing your lack of mobility and joint restriction, you cannot get adjusted enough to overcome it.  HERE is an example of such phenomenon in a woman who had received over 1,000 adjustments (3x/wk for years) prior to coming to see me, and HERE is an example from a young gal I first saw a decade or more ago.

You see; when SCAR TISSUE sets up in FASCIA, it can easily cause a PERFECT STORM of Chronic Pain.  Much of this has to do with the fact that not only is Fascia the most pain-sensitive tissue in the body, Scar Tissue can itself be up to 1,000 times more pain-sensitive than normal tissue (HERE).

Now throw in the fact that except for a couple of different areas of the body, Fascia cannot be seen with even the most advanced imaging techniques such as MRI.   The end result is doctors who treat you as though you are nothing more than a common drug seeker.  Watch the videos on THIS PAGE to see the difference in the way that normal Fascia moves when compared to scarred Fascia.

The bottom line is that if you are struggling with Chronic Pain and have not been checked for Scar Tissue, you owe it to yourself to at least follow some of these links and see where they lead.  I will leave you with a short email I received last evening.

D.D. from Dothan, Alabama wrote, “Just wanted to let you know I have had wonderful results, much better range of motion, and have started a gluten-free diet.”  This is a cool email on two different levels.   DD not only saw dramatic and immediate improvement in her symptoms immediately, the bull has been taken firmly by the horns in an attempt to understand and deal with any underlying Inflammation.

I saw DD for the first time one week ago today.  DD had struggled for well over a decade after being in severe MVA’s in consecutive years.  After a single treatment, RANGE OF MOTION increased from way less than 50% to almost normal, and the pain was immediately better as a result — immediately.  And for those who are curious, DD had received lots of Chiropractic Adjustments over the years.

If you know people who could benefit from this type of information, take a couple of seconds to forward it to someone you care about.  Or simply like us on FACEBOOK.