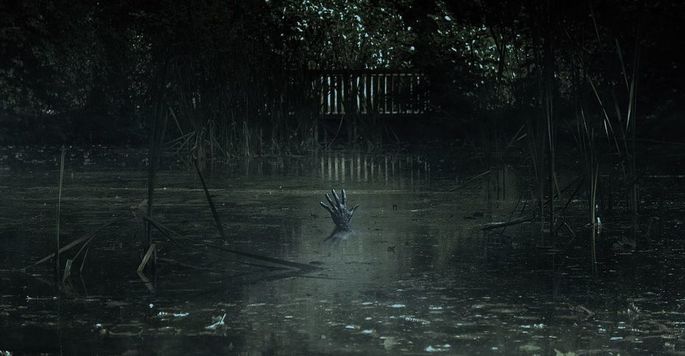 “Thackeray pushes the envelope of surgical science.  He is cast in the mold of the “heroic” surgeon who was quick to intervene in an age of mass mortality, but often killed the patient sooner than the malady would have.” From a television review by Karen Kruse Thomas of Johns Hopkins University (The Politics of Early Surgery: Review of ‘The Knick’).   The show’s main character, Dr. John Thackeray, a is loosely based on the professional career of Dr. William S. Halsted, Johns Hopkins Hospital’s first chief of surgery.

Killing the patient sooner than the disease would have.  When you think about it, that’s a pretty strong statement.  Sort of reminds one of the old cliche; “The cure is worse than the disease“.  Thanks to a new TV show (I have not seen it and probably never will), there is an increased interest in the medical practices of yesteryear.  The Knick, loosely based on the origins of modern surgery that were taking place at New York City’s Knickerbocker Hospital, circa 1900, sounds kind of like Upton Sinclair’s The Jungle meets ER.

In response to the hubub around this new show, Elbert Chu, Associate Producer of MedPage Today, wrote an article for Friday’s issue called Today’s Standard Care, Tomorrow’s Horror?.  In it he asked a distinguished panel of medical professionals (mostly MD’s with one nurse thrown in for good measure) a simple question.

“Do you think there are standard-of-care treatments today that future generations will look back on in horror, and which ones will they be?”

Intriguing question.  And isn’t it interesting how each successive generation of physicians thinks that what they are doing in their clinics and hospitals is the epitome of medical practice?  While not a physician, LBJ certainly thought so back when he declared that via big government, we would wipe disease off the face of the earth (it was almost 50 years ago that Surgeon General William Stewart boldly proclaimed, “The time has come to close the book on infectious diseases“.  Who knows; it might happen some day — once every family in America has their own personal “Medical Tricorder” autographed by Dr. McCoy himself.

Anyway, let’s take a look and see how these experts answered the question above.  Dr. Murali Doraiswamy, MD is one of the world’s leading experts in the fields of cognitive neuroscience and neuropsychiatry, and is the Director of the Neurocognitive Disorders Program and a Professor of Translational Neuroscience at Duke University.  Listen to how he answers this question.  “Ninety-nine percent of treatments today will be viewed as harmful or unethical in the future; for example, most psychiatric treatments given to children or most back surgeries.”

Same could be said for the treatment of DEPRESSION — and not just for children either.  And as for SPINAL SURGERIES; for most of the thinking public, this is not new information.  However, the “99%” statement is what blows me away.  But how do you argue?  Despite spending more money both grossly and per capita on our healthcare, Americans are arguably the SICKEST and FATTEST people in the history of the world (70% of all Americans take at least one prescription drug, and we use 80% of the world’s PAIN PILLS).

Among other telling comments, Dr. John Higgins said, “We currently use medications in a ‘one size fits all’ manner, and they are absorbed into our bodies and affect many systems in addition to the one they are intended for and may cause damage to healthy systems.”   Higgins should know, as he is an Associate Professor at The University of Texas Medical School, Chief of Cardiology at the Lyndon Baines Johnson General Hospital, and Director of Exercise Physiology at the Institute for Sports Medicine and Human Performance.  What are the drugs he specifically picks on?

Some I have picked on myself — “BETA-BLOCKERS, STATINS, ANTIBIOTICS, and NSAIDS“.  Higgins does believe that the medicine of the future will have, “near zero side effects“.   This appears to be a pipe dream though; especially when you realize that the whole IATROGENESIS thing is getting worse instead of better (HERE). Dr. Michael Rinaldi, an Interventional Cardiologist who also carries a certification in Internal Medicine, ratchets the rhetoric up another notch by comparing the practice of medicine to war.

After likening our current medical practices to a “carpet bomb approach,” that causes significant amounts of, “collateral damage,” he goes on to say that we, “certainly have a long way to go,” as far as getting to where we would like to be.

Sherrie Binns, an RN whose specialty is MULTIPLE SCLEROSIS, fires some shots across the bow at Obama Care (the Affordable Care Act).  She talks about problems like patients being, “prevented from seeing members of their healthcare team that have tended them for years in lieu of lesser skilled providers who will accept a lower reimbursement for care,” as well as the problems associated with this phenomenon.   She goes on to say that, “the compassion is rapidly seeping out of care and into the leach-fields of commonality and disinterest. Passion is no longer nurtured.”    But it’s Dr. Jack Shapiro who (inadvertently) lets the proverbial cat out of the bag.

Shapiro, an Otolaryngologist (ENT) at New York’s Icahn School of Medicine, lets slip that medicine might not be quite as “scientific” as we have been led to believe. Over 21 years ago, Duke University’s Dr. David Eddy, told us that, “only about 15% of medical interventions are supported by, solid scientific evidence“.  But we’ve gotten beyond that.  After all, the latest drugs, tests, and surgeries here in the good ole USA are all “evidence-based” — aren’t they?

Dr. Shapiro reveals that the answer might be ‘not so much’ when he says, “Medicine today is as much an art as a science — what we lack in knowledge, we try to make up from what we do know.  Too much of our knowledge base is inference… rather than hard evidence…“.   In an age where EVIDENCE-BASED MEDICINE is supposed to be the be-all-end-all — the absolute pinnacle of practice, this statement is akin to telling us that the emperor has no clothes.  The more you study “Evidence-Based Medicine” the more you come to the realization that significant amounts of it are a total and complete scam.

The problem is that when “medicine” is hidden behind the twin veils of science and technology, it’s often difficult (impossible might not be too strong a word to use here) to tell the difference.   It was 1976’s All the President’s Men that made famous the phrase, “follow the money“.  Unfortunately, that phrase is more true today than it has ever been.  And if you’ll take a few minutes to read some of the articles I have posted under the previous link, you’ll quickly realize just how true it is.

It was Dr. Robert Mendelsohn in 1988’s HOW TO RAISE A HEALTHY CHILD IN SPITE OF YOUR DOCTOR who told us (I am quoting loosely here), “When our child is sick, the hardest thing is to do nothing at all” (by “nothing” he didn’t really mean to do nothing for your sick child, he simply meant that we don’t need to be running to the doctor for every little thing).  But according to both Dr. Mendhelson and the general attitude / feeling conveyed by the panel above, that is precisely what may be best.  Use FACEBOOK to reach those you love and care about most.