MORE ON THE RELATIONSHIP BETWEEN INFLAMMATION, PAIN, AND FIBROSIS 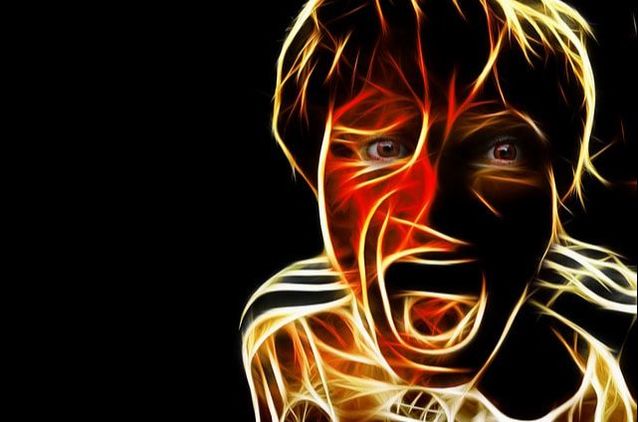 “Fibrosis is the formation of excess fibrous connective tissue in an organ or tissue in a reparative or reactive process.   In response to injury this is called scarring….. Physiologically this acts to deposit connective tissue, which can obliterate the architecture and function of the underlying organ or tissue. Fibrosis can be used to describe the pathological state of excess deposition of fibrous tissue, as well as the process of connective tissue deposition in healing.  Fibrosis is similar to the process of scarring, in that both involve stimulated cells laying down connective tissue…..  This can be because of numerous reasons, including inflammation of the nearby tissue, or a generalized inflammatory state…..”   Taken from Wikipedia’s definition of “Fibrosis“.
“Dr. Sota Omoigui’s research focus is on Inflammation and the development and application of inhibitors of the Inflammatory Response in the treatment of Persistent Pain. He is the author of the ground-breaking Sota Omoigui’s Law of Pain that is cited in numerous journal articles, and which states that: The origin of all pain is Inflammation and the Inflammatory response.”  From the “About Us” section of Dr Omoigui’s website, Medicine House.
Renowned pain researcher and owner of Los Angles’ “Medicine House,” Dr. Sota Omoigui, is doing some rather cuttingedge things in his pain clinic.  Don’t get me wrong; he uses any number of hardcore prescription drugs to treat people with a wide array of pain syndromes — many of the same PAIN SYNDROMES I see in my clinic.  However, he freely provides tons of valuable information on his website, and writes about treating pain with things like IV Nutrient Therapy, ANTI-INFLAMMATORY HERBS & DIET, Hypnosis, Acupuncture, OXYGEN THERAPY, SPINAL DECOMPRESSION THERAPY (he spoke extensively on his site about ASYMPTOMATIC DISC HERNIATIONS), Biofeedback, Meditation, and even CHIROPRACTIC.  If you pay attention, you’ll see that a huge thrust of his practice is an attempt to get rid of Inflammation.

Back in 2007, the medical journal Medical Hypothesis published a three-part series of articles by Dr. Omoigui on the link between INFLAMMATION and CHRONIC PAIN called

The Biochemical Origin of Pain — Proposing A New Law of Pain: The Origin of All Pain is Inflammation and the Inflammatory Response  (A Unifying Law of Pain ).

Listen to what Dr O says in his article.

As to his first point, I have only said this about a thousand times in a thousand different ways (HERE is one of them).  By the time you have a problem that can be imaged with CT / MRI, that problem is likely to be well advanced.  The second point is referring to what I call “Local Inflammation” — the Inflammation that occurs locally due to some sort of injury (whether the injury is Chronic or Acute does not matter so much).  His last point, however, is a far bigger concept as far as overall health is concerned.

Do you see the vicious cycle here?  Tissue Damage causes Inflammation, and Inflammation caused Tissue Damage (HERE).  And while it spins in a big circle it causes Chronic Pain.  My goal with patients is to break the cycle in both spots, taking care of TYPE II PAIN in one fell swoop.  You can see that simply giving people PAIN MEDS without addressing the underlying cycle is an exercise in futility.  But let’s take this a step farther  — What do you think he means by “Structural Damage“?  If you look at the list of health problems directly caused by Inflammation (HERE), you’ll quickly see.  However, I want to talk for a moment about one that’s not on the list (or in his paper) — ﻿SCAR TISSUE﻿.  Most particularly FASCIAL ADHESIONS.

The link between Microscopic Scar Tissue (Fibrosis) and Inflammation is not a new one.  This fact becomes all to apparent if you look at any Pathology Textbook.  There are any number of studies that bear this out.  Here are a few.

“In adult tissues, repair is always accompanied by a robust inflammatory response, which is necessary to counter the potential for infection at any site where the skin barrier is breached. Unlike embryonic tissues that can repair perfectly without a remnant scar at the wound site, adult tissue repair always leads to formation of a fibrotic scar where the wound has healed. In recent years, it has become clear that the wound inflammatory response may be, at least in part, responsible for fibrosis at sites of tissue repair.”  From The inflammation-Fibrosis Link? A Jekyll and Hyde Role for Blood Cells During Wound Repair in the May 2007 issue of the Journal of Investigative Dermatology

“Macrophages [a type of White Blood Cell] are found in close proximity with collagen-producing myofibroblasts and indisputably play a key role in fibrosis. They produce profibrotic mediators [Inflammation] that directly activate fibroblasts [cells that build Scar Tissue]…….. Macrophages also regulate fibrogenesis by secreting chemokines [Inflammation] that recruit fibroblasts and other inflammatory cells. This review will illustrate how macrophages function as the master “regulators” of fibrosis.”  Cherry picked from the abstract of Macrophages: Master Regulators of Inflammation and Fibrosis in the August 2010 issue of Seminars in Liver Disease

“Fibrosis of the kidney is caused by the prolonged injury and deregulation of normal wound healing and repair processes, and by an excess deposition of extracellular matrices [Fibrosis]. Despite intensive research, our current understanding of the precise mechanism of fibrosis is limited. There is a connection between fibrotic events involving inflammatory and non-inflammatory glomerulonephritis, inflammatory cell infiltration, and podocyte loss. The current review will discuss the inflammatory response after renal injury that leads to fibrosis…….”  From a 2010 issue of Kidney International (Mechanistic Connection Between Inflammation and Fibrosis)

“Fibrosis in response to tissue damage or persistent inflammation is a pathological hallmark of many chronic degenerative diseases. By using a model of acute peritoneal inflammation, we have examined how repeated inflammatory activation promotes fibrotic tissue injury.”    From the January 2014 issue of Immunity (Interleukin-6 Signaling Drives Fibrosis in Unresolved Inflammation)

“Fibrosing conditions occur when organs or tissues develop excessive fibrous tissue, which can interfere with the normal function of the organ. Examples of diseases in which inflammation or fibrosis play a prominent role include lupus, cystic fibrosis and scleroderma.”    From an article on Smart State: South Carolina Centers of Economic Excellence (Inflammation and Fibrosis).

“Inflammation is a biological response intended to protect the organism from infections, injuries and other harmful stimuli. The inflammatory response can produce an excessive accumulation of leukocyte, which can lead to asthma, rheumatoid arthritis, inflammatory bowel disease, psoriasis, septic shock and various other diseases. Tissue fibrosis and abnormal organ function can also occur during the inflammation response if there is an over-production and deposition of collagens. Fibrosis remains the leading cause of death in the United Sates; approximately 45% of deaths are related to fibrosis, doubling the number of cancer related deaths. Liver and kidney fibrosis are two common fibrosis diseases that are caused by excessive inflammation in the respective organ Heart muscle fibrosis also known as cardiac fibrosis is a result of coronary heart disease and an irregular thickening of heart valves.”  From the website of drug developer, Shanghai Genomics (R&D / Inflammation and Fibrosis)

Look; I could have gone on here indefinitely, but I think you get the point.  Fibrosis (Scar Tissue) is intimately related to Inflammation both systemically and locally.  Did you happen to catch the fact that no matter which disease process it’s part of, Fibrosis is America’s #1 cause of death?  In essence, while “Local Inflammatory Response” causes a local buildup of Fibrosis, if the Inflammation is systemic, figuring out which organs or tissues are going to get hit is a grab bag, as it could be any of them — or even all of them.

Remember when I said that my goal with the Chronic Pain Patients I treat is to break the vicious cycle in both places — Inflammation and Structural Damage?  It sounds easy — until you realize that part of this process is really up to you.  Although I break the Scar Tissue and Microscopic Fibrotic Adhesions that characterize injured or deranged Fascia (or other Connective Tissues), it is largely up to you to deal with the underlying Systemic Inflammation.  A failure to do this and you end up with “Systemic Pain Syndromes” (HERE, HERE, and HERE).

fortunately for you, I’ve created a DIY PAGE (actually pages) for this purpose.  Oh; you certainly may require some ADVANCE TESTING / FUNCTIONAL MEDICINE, but this is a starting point for nearly everyone dealing with Chronic Pain or Chronic Disease.  When it comes to solving chronic pain and / or chronic  disease — fixing either requires the same dietary approach — an approach geared at greatly diminishing your levels of Systemic Inflammation.

I want to take a moment and mention a critical area that Dr. O’s article failed to mention — GUT HEALTH.  I am more convinced with each passing day that Gut Health is the hidden key to figuring out the Inflammation puzzle.  What’s more related to Inflammation than our national over-consumption of sugar and refined carbs (HERE)?  Certainly not much.   We know beyond the shadow of a doubt that this Inflammation is going to result in Scar Tissue and Fibrosis being laid down in one or more of the body’s many tissues (HERE).  And although Dr. O does not specifically deal with “Structural Changes” in the Fascia, I believe that it is not a leap to say that it’s implied.

Never forget that Fascia is not only the most abundant Connective Tissue in the body, it happens to be the most pain-sensitive as well.  Add that to the fact that Dr. Chan Gunn, the legendary neurologist from the Great American Northwest (Seattle / Vancouver) says that this Scar Tissue has the potential to be over 1,000 times more pain-sensitive than normal tissue (HERE) — particularly if exposed to Chronic Inflammation.  It’s exactly what makes Fascial Adhesions the perfect vehicle for CHRONIC PAIN’S PERFECT STORM.  Oh; and if you are into the Wikipedia debate between Scar Tissue and Fibrosis, I have PART I and PART II.

Dr. Schierling is licensed chiropractor and world-renowned for intervention with persistent chronic pain. Dr. Schierling focuses on a holistic approach to helping end his patients’ chronic pain that includes Scar Tissue Remodeling Therapy.
All Posts »
PrevPreviousvitamins, gut health, and dysbiosis: is there a connection?
Nextthings to do while staying in mountain view, missouriNext