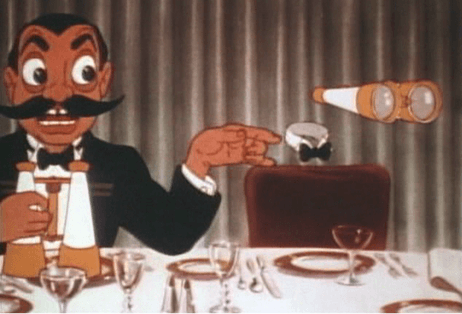 I have written over and over and over again about the farce that is EVIDENCE BASED MEDICINE.   This post’s example of ‘doublespeak’ looks like it came straight from Orwell’s 1984.    EBM is one of those feel-good names that purposefully sounds all warm and fuzzy.  But as I have shown you time and again, the reality is something totally different — something that at times is actually sinister.  Evil might be a better word.   Is it any wonder that the public is losing faith in the system?

The problem of fraudulent research was so pervasive back in my youth that world renowned pediatrician, DR. ROBERT MENDELSOHN, had a chapter on the subject (The Devil’s Priests) in his 1979 offering Confessions of a Medical Heretic.   Dr. Mark Studin recently stated in the American Chiropractor that, “Evidence-Based Medicine is NOT the trend.  A perversion of Evidence-Based Medicine has become the trend and is here for the foreseeable future“.  We now have yet another study verifying this fact, and throwing a newly-discovered load of feces our faces.

“Invisible and abandoned“.  That is how the latest issue of one of the oldest and most prestigious medical journals on the planet —- the British Medical Journal (BMJ) —- described what is taking place in today’s medical research.  As I have shown you, it is really nothing new.  And it is certainly not much different than the revelations made by the New England Journal of Medicine 15 years ago that virtually 100% of the peer-reviewed scientific research on pharmaceuticals (drugs) is tainted by serious and usually multiple FINANCIAL CONFLICTS OF INTEREST.  That problem was (and still is) so wide-spread that The Journal said that it was impossible to find research that was not conflicted.  Now they simply list the conflicts (many studies have slews).   Now the impetus is shifting to studies that are considered “INVISIBLE & ABANDONED“.  But what does this mean?  Allow me to explain.

Let’s say that I am working at Mountain View University’s Pfizer Research Center, doing a project on a new drug for AUTOIMMUNITY.  The research does not quite turn out the way all involved (the university, the researchers, the drug company, the ad agency, the manufacturing facility, the shareholders, etc, etc,) hoped it would.  So instead of publishing the results of the study, which would publicly reveal its failure, it is simply buried and forgotten.  Let me give you an example of the way that unpublished studies work using Wi Golf.

Although my family are not big TV watchers or video gamers, we do have a Wi.  When we got it several years ago, it did not take me long to get fairly decent at Wi Golf (this despite the fact that I play golf about once every other year).  My best score for 9 holes was 10 under par, which put me at the level of “Pro”.  The problem is, sometimes (more often than not) I would shoot a crappy round.  I soon discovered that if I were having a cruddy round, I could simply ‘reset’ the machine before I putted the ball into the cup on the ninth hole.  This way the poor score was not counted or calculated against my average.  So instead of an average that reflected my good rounds and my bad rounds, my average made me look like an enhanced version of Tiger Woods on PED’s.  It also happens to be how I am the reigning world record holder in consecutively made free throws (over 40,000 — HERE).

Due to Sunshine Laws and the Freedom of Information Act, a group of scientists led by Dr Peter Doshi of Johns Hopkins University School of Medicine in Baltimore, recently looked through nearly 200,000 pages of abandoned studies.  His group published their results in the latest issue of the British Medical Journal (“Restoring Invisible and Abandoned Trials: A Call for People to Publish the Findings“).  What did the findings reveal?  Only what you already knew.  That companies with huge names (PFIZER, GLAXOSMITHKLINE, Roche, and others) have altered, doctored, or left out results of trials for popular drugs like Tamiflu, Neurontin, Seroquel, Paxil, Plavix, and numerous others, for decades.

The efforts of these doctors might be paying off.  Under the aptly named Restoring Invisible and Abandoned Trials act (aka, the RIAT Act —– this is not a law, but private individuals using the threat of disclosure to get companies to do their own disclosure), the tide might start to turn.  The RIAT Act is being publicly supported by both BMJ and PLoS Medicine.  In a recent editorial, the editors of these two medical journals said, “public confidence in the credibility of medical research is at a low ebb…..   [this has to do with the fact that there is a] crisis of hidden or misrepresented information.”  Am I holding my breath in the hopes that this makes any sort of difference in the very near future?  I certainly am not.  Why my pessimism on the topic?   Just listen to a quote by Dr. David Eddy, former professor of Health Policy and Management at Duke University, as told a medical conference in Manchester, England and published in BMJ (Where is the Wisdom) — back in October of 1991.

Dr. Schierling is licensed chiropractor and world-renowned for intervention with persistent chronic pain. Dr. Schierling focuses on a holistic approach to helping end his patients’ chronic pain that includes Scar Tissue Remodeling Therapy.
All Posts »
PrevPreviousare home births really safer?
Nextdo not take antibiotics if you are on statinsNext