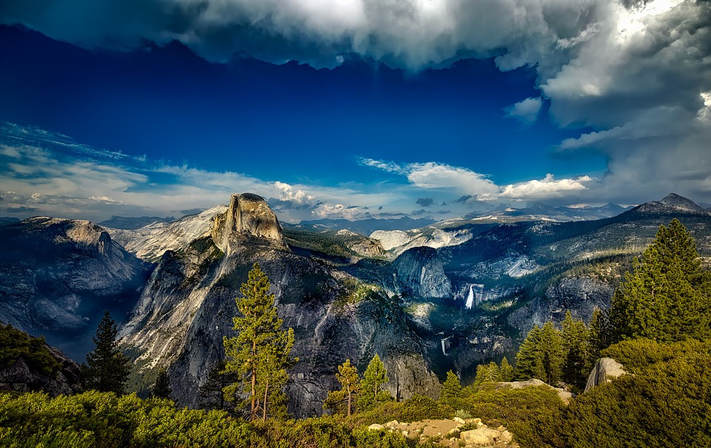 12019 from Pixabay
Although the tide is slowly turning (particularly in the RESEARCH COMMUNITY), the vast majority of today’s practicing physicians still view fascia as they always have — a sheath that works like a support sleeve, girdle, or stocking to bind together the body’s other much more “important” tissues (MUSCLES, LIGAMENTS, TENDONS, etc).  There are even a few doctors out there who understand that fascia is the tissue that connects the lymphatic system, circulatory system, and other organ systems together — but not many.

Fortunately, fascia is shedding its reputation as the “redheaded stepchild” of Anatomy & Physiology, and is slowly claiming its rightful place at the forefront of the study of the structure and function of the human body (HERE’S a recent example).  When I talk about “function” I am speaking of things much greater than simple joint motion or tissue support.  There is actually research showing that facial function is intimately related to the proper function of various organ systems, the nervous system, and even the immune system.

In fact, we are seeing that fascia is not just a tissue, but a Tissue System, which, like the nervous system, connects every part of your body to every other part of your body (HERE).   This means that anything that disrupts the fascia is bad news — potentially really bad news.  The most up-to-date fascial research is showing us that FASCIAL ADHESIONS can cause the body to dysfunction in a wide variety of ways —- ways that not only cause pain, but can cause sickness as well.  Unfortunately, to the untrained practitioner, the two problems —- Fascial Restrictions and the various systemic illnesses they are associated with —– are all too often “seemingly unrelated problems” (HERE).

We have recently learned that fascia can contract on its own — similar to muscle tissue (HERE). Besides this, research has shown that both stress and systemic acidity can cause fascia to go into a perpetual state of contraction.  On top of all this, the fascia is also known to be embedded with nerve fibers from the Sympathetic Nerve System (FIGHT OR FLIGHT).   Put all of this information together and it is not difficult to grasp that POOR DIETS, improper (or not enough) EXERCISE, HIGH STRESS LEVELS, etc can play a huge part in the development of fascial problems — or more particularly, in the inability of many people to be able to defeat their underlying fasical injury and dysfunction (HERE).

THORACOLUMBAR FASCIA AND CHRONIC BACK PAIN

One of the things that I have been talking about for years is the fact that despite the amazing advancements in high tech imaging techniques, our current models bring us no closer to being able to tell people exactly what is causing their low back pain than we were 50 —- or even 100 years ago (HERE and HERE are example of this).  This is because people have a misconception that current advanced imaging technologies like MRI or CT will actually show you what is causing your pain (HERE).

Although most doctors are adept at convincing patients they have found the source of the pain, the research tells a much different story.  I have chronicled this fact in the Blog Posts in the previous paragraph.  Suffice it to say that the majority of the adult American population is walking around with disc bulges, degenerative discs, rotator cuff tears, and heaven only knows what other issues (CANCER for instance), are completely unaware because they have not yet developed pain or overt symptoms.  In plain English; MRI’s are not predictive of whether or not you will have back pain or how long it is going to last.

The renowned biomechanist Dr. Manohar Panjabi, who along with Dr. Augustus White wrote the classic 1990 textbook, “Clinical Biomechanics of the Spine” published a paper in the prestigious medical journal, European Spine, suggesting that we need to think about a whole new model of back pain.  Dr. Schleip and his team of researchers of Germany’s Ulm University Fascia Research Team verified what Dr. Panjabi was saying, going as far as stating that…….

“Subfailure injuries in spinal ligamentous tissues can lead to chronic low back via related muscle control dysfunction and resulting tissue changes including subsequent neural inflammation. Based on the positioning of the lumbar fascia and several other indicators we subsequently published a response in the same journal, in which we suggested that micro injuries in the posterior layer of the human lumbar fascia should be included in that model as a potential back pain generator.”

They then backed the statement up with studies by Vermont University’s famed fascia / TENSEGRITY researcher, Helen Langevin, M.D., and Nagoya University’s Dr. Toru Taguchi.  Their research indicates that microscopic fascial injuries can trigger an entire cascade of altered physiological responses that are thought to play a major role in the development of both acute and chronic low back pain.  It seems though that most clinicians do not grasp the all-encompassing effects of injured fascia, and seem to have only a cursory understanding of what it really is, what it really does, how to asses it, and how to effectively treat it (HERE is an example concerning low back pain — make sure you watch the 5 second videos).

“The Use of the Membranes is, to wrap up and cover the parts, to strengthen them, to defend several of them from being hurt by the subjacent bones, to sustain the vessels that are ramified upon them, to keep the parts united; and ‘tis wroth our observation, that the admirable sympathy, or consent of the parts one with another, depends in a great measure upon their fibrous connexions.”  A definition of fascia from 1707’s Anatomy Textbook, Myographiae Comparatae Specimen

Although it was terribly misunderstood and often all but ignored as unimportant, you can see from the above quote that anatomists have been discussing fascia for hundreds of years.  You yourself have learned a little bit about this amazing tissue and may be starting to wonder if your pain and / or health problems might possibly be related to problems with your fascia.

“Fascia Proper” is not difficult to understand.  These are the the fascial “bands” or “sheaths” that cover muscles.  However, this is only the beginning of really understanding fascia.  You must be aware that when you see any of these terms listed below (from Drs. Langevin & Huijing), you are almost certainly talking about fascia.  This list, by the way, will help you understand why fascia is said to be the most abundant Connective Tissue in the body!

Although the “Father of Osteopathy”, DR ANDREW TAYLOR STILL touted fascia as being one of the most significant tissues in the body clear back in the late 1800’s, there was no scientific evidence to back up his claims.  Mind you; there was plenty of evidence —- it was just that it was not in the form of double blinded, placebo controlled studies (it was “anecdotal” — aka TESTIMONIAL).  The explosion of two brand new branches of healing (Chiropractic and Osteopathy), created huge amounts of experiential evidence. However, until very recently, this type of evidence was not accepted by mainstream medicine.   They wanted research, studies (RCT’s), and hard empirical facts.  Now that there is ample amounts of research, we find that much of it is largely ignored, despite the recent emphasis on something called “EVIDENCE-BASED MEDICINE“).

And although these early practitioners —- pioneers in the field of manipulation and body work —- made it clear that that fascia was not just a tissue scrap left over from last week’s anatomy dissection, they did not have the evidence to prove scientifically that what they were discovering with their patients was in any way connected to fascia despite the fact that very passing day brought new evidence that fascia plays a much bigger part than its obvious supporting role.  Think about it, Dr. Still was touting fascia as not only the most abundant Connective Tissue in the body, but one that is intimately involved in its structure, function, neurology, immunology, and metabolism —- well over a century before some of these things could be “proven”.

Although most of the Medical Community does not take a position on this one way or another (hey, IF IT DOES NOT SHOW UP ON AN MRI, it can’t be too important can it?), the current research has made it painfully obvious that practitioners can no longer look at muscles, joints, and numerous other tissues as something different and unrelated to fascia, because they are so intimately connected.   According to the most current available fascial research today, we know that Fascia does far more than was ever imagined by even some of those who are “in the know”.  According to brilliant scientists like Harvard’s Donald Ingber (M.D. Ph.D) and Dr. Tom Meyers, founder of Anatomy Trains (links provided earlier), we are becoming increasingly aware of the amazing relationship between the structural and functional integrity of the body’s soft tissues.   And it is fascia that seems to be the common denominator in all of this.

Although it is often difficult for people in pain to grasp the fact; local problems do not exist in isolation.  The Kinetic Chain is just that —- a chain of structure and motion.  Not to sound New-Agey here, but the new breed of healers — the successful healers of tomorrow — will grasp the fact that science can no longer look at the body as it currently does; simply as a bunch of individual parts that are related to each other.   As the great Greek philosopher Aristotle taught, the whole organism is much greater than the sum of its individual parts.  We must begin to recognize the musculoskeletal system for what it is —- an almost unfathomably complicated group of inter-related tissues, working in unison (HERE).  And as we are increasingly seeing from Fascia Research, the failure of these tissues to work together in harmony, causes not only chronic pain but sickness and dis-ease.

One more thing to be aware of.  Fascia is subject to INFLAMMATION in similar fashion to most other tissues of the body.  This is not simply due to overuse or injury, but any number of issues, including poor lifestyle choices.  Because I don’t find one in a thousand people who really grasps the importance of Systemic Inflammation’s relationship to pain and ill health, I would suggest you take a look at the link if you are dealing with any sort of Chronic Pain or CHRONIC ILLNESS issues.  To learn more about solving this important piece of the puzzle, HERE are some links for you.  You might also be interested in taking a look at some of our TESTIMONIALS as well.