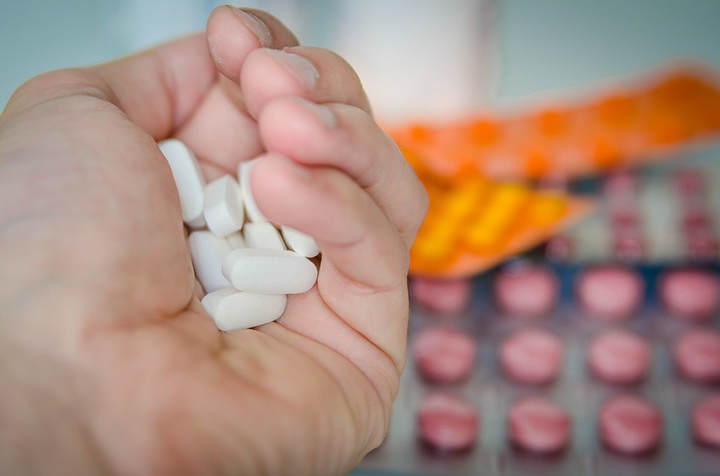 ANTIBIOTICS are in the news yet again, and yet again, the news isn’t good.  The first study pertains to a group of Antibiotics known as macrolides (the vast array of drugs that end with “mycin”), which were hammered in this month’s issue of the Journal of the American College of Cardiology in two separate studies.  In the first, seventeen Chinese researchers (eleven of which were MD’s with Ph.D’s) published a study called The Role of Macrolide Antibiotics in Increasing Cardiovascular Risk, which was actually a meta-analysis of 33 studies done since 1966 that involved almost 21 million individuals.  The authors determined that, “Administration of macrolide antibiotics is associated with increased risk for SCD (Sudden Cardiac Death) or VTA (ventricular tachyarrhythmias)“.  How great was this “increased” risk?  242% greater.

Pro-Arrhythmic Effects of Noncardiac Medications: Lessons From Macrolide Antibiotics.  Despite the Chinese researchers suggesting that their findings were novel and at least somewhat surprising, the Israelis countered by opening their paper thusly; “As early as 1923, when quinidine was first used as antiarrhythmic therapy, a disturbing phenomenon was noted: some patients treated with quinidine suffered from sudden collapses, sometimes ending in unexpected deaths.”  They went on to talk about the first study looked at in the previous paragraph — from 1966.  There’s not really anything new here, as these two studies are 50 years old, and 93 years old respectively.  The authors go on to say that, “Drug-induced LQTS [a form of arrythmia] is a nightmare for the pharmaceutical industry,” because it is so common.  To hell with BIG PHARMA; what about a century’s worth of patients who have lived their own “nightmare” — and been consistently lied to about why it’s happening?

In other news, FLUOROQUINALONE ANTIBIOTICS took yet another shot to the chin when it was reported in this month’s issue of JAMA Internal Medicine (

Risk of Aortic Dissection and Aortic Aneurysm in Patients Taking Oral Fluoroquinolone) that taking these drugs leaves you with a nearly 100% increased chance of having a dissecting aneurysm within the two months following exposure — something that hits close to home as an aortic aneurysm is what killed my best friend when he was 16.  This class of Antibiotics (levofloxacin (Levaquin), ciprofloxacin (Cipro), moxifloxacin (Avelox), norfloxacin (Noroxin), ofloxacin (Floxin), gemifloxacin (Factive), and a slew of similar) are so dangerous (see the above link) that earlier this month, the FDA issued yet another statement concerning their safety —- even though much of this is OLD NEWS.

It has been known for decades that these drugs disrupt COLLAGEN.  While this phenomenon can certainly lead to aneurysms (there are 15,000 people die from aneurysms each year in the US) a much more common problem is what they do to connective tissues such as LIGAMENTS, FASCIA, and most particularly TENDONS.   People who are “floxed” (those who have a musculoskeletal reaction to Fluoroquinalone Antibiotics) are so great in number that I get a fairly steady barrage of emails asking if I can help (unfortunately I cannot).  Even though the FDA formally warned people about Fluoroquinalone Antibiotics back in 2008, they issued yet another warning last week.

As you might imagine, in the hearing itself as well as in any number of articles written about this phenomenon, the effects of these drugs were downplayed dramatically by interviewed physicians.  However, Dr. Susan Nicholson, a Safety Surveillance and Risk Management specialist for Johnson & Johnson (they make Levaquin) revealed to the committee (probably inadvertently) that only a small number of these reactions (12%) are being reported by treating physicians, with the rest being reported by patients.

The dirty little secret is that this is exactly how reporting of adverse events works in nearly all cases, including vaccine reactions (HERE).  Thus, if the doctor is not reporting to the proper agencies (studies say such reactions are only reported between 1 in 10 times and 1 in 100 times), the reactions never become official statistics.  Likewise, OVER-REPORTING certain diseases skews stats as well.  What they say is very true, “figures never lie, but liars figure“.  The takeaway from this is that the FDA admitted at this meeting (nearly unanimously) that the “EVIDENCE” does not support using this class of drugs for many (most) of the things they are commonly used for.

This next study has to do with the Antibiotics prescribed to residents of nursing homes.  No one, and I mean no one, is more heavily (and unnecessarily) medicated than this group of people.  The authors of a recent study in JAMA Internal Medicine (Effects of Excessive Antibiotic Use in Nursing Homes) let the cat out of the bag by revealing that, “Antibiotics are one of the most frequently prescribed medications in nursing homes where 6% to 10% of residents are taking antibiotics at any given time and more than half receive at least one antibiotic prescription in a single year.   Much of this use is inappropriate. An estimated 25% to 75% of antibiotic prescriptions do not meet clinical guidelines for appropriate prescribing.”   Did you catch that?  As many as three fourths of all Antibiotic prescriptions don’t meet criteria.  I guess that goes along perfectly with their INEFFECTIVE FLU SHOTS as well.

If you want a healthy family and healthy children, there are some things I urge you to at least contemplate.   Firstly, stay away from Antibiotics unless the situation is life-threatening.   When Antibiotics are used here in America, you need to be aware that the majority of the time they are not clinically indicated — even if you do have a bacterial infection.  Secondly, because I mentioned it, I would urge you to think long and hard about VACCINES as well.  It’s not the immediate reactions I am most concerned about — it’s the long term effects.  There are few things that foul GUT HEALTH more than these two classes of drugs.  If you are looking for the solution to staying healthy through the holidays, take a look at THIS.