THE LINK BETWEEN
MULTIPLE SCLEROSIS AND GUT FLORA 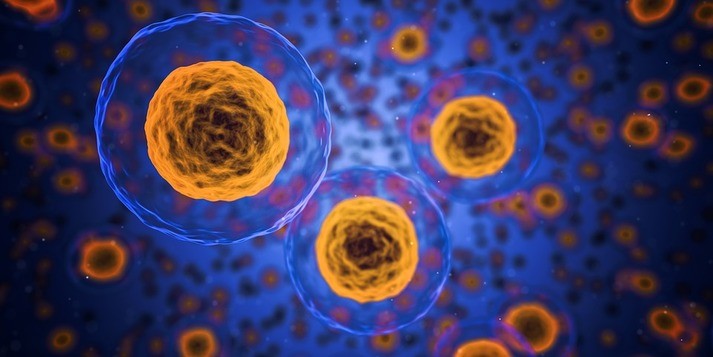 Arek ‘Quimono’ Socha – Stockholm/Sweden – Pixabay
“There is increasing support for the importance of risk factors such as genetic makeup, obesity, smoking, vitamin D insufficiency, and antibiotic exposure contributing to the development of autoimmune diseases, including human multiple sclerosis (MS). Perhaps the greatest environmental risk factor associated with the development of immune-mediated conditions is the gut microbiome.  The clinical importance of these findings for MS is suggested by both their participation in disease and, perhaps of greater clinical importance, attenuation of disease severity.”  From the abstract of a study (Gut Commensalism, Cytokines, and Central Nervous System Demyelination) August 2014 issue of the Journal of Interferon & Cytokine Research
Cytokines.  Several times before, I have shared just a little bit about them and their relationship to the Immune System (HERE is one such example).  Cytokines are tiny proteins that regulate intercellular communication.  In other words, Cytokines help one cell talk / listen to other cells throughout the body.  Although Cytokines are made by numerous sorts of cells, the majority of them come from the Immune System.  According to a popular online encyclopedia, “Cytokines regulate the maturation, growth, and responsiveness of particular cell populations, and are important in health and disease, specifically in host responses to infection, immune responses, inflammation, trauma, sepsis, cancer, and reproduction“.   Notice the word “Inflammation“?  Cytokines are considered part of the Inflammatory Response.  Stop!  If you are dealing with any sort of health problem (the link above contains a list) or CHRONIC PAIN SYNDROME, you absolutely must understand INFLAMMATION if you really want to have a chance of regaining your health or getting out of pain.

Why do I mention Cytokines?  Not only are they part of the Immune System response, but they are one of the hottest areas of study as far as Inflammation is concerned.  And not surprisingly, Cytokines are being pointed out for their role in Multiple Sclerosis.  MULTIPLE SCLEROSIS is an AUTOIMMUNE DISEASE where the myelin sheath is attacked (“demyelination“), causing a wide range of both motor and sensory problems in the nervous system — including CHRONIC PAIN.

The so-called “commensal” bacteria are those where, according to online medical dictionaries, one organism (the human host) derives benefit, while the other (the bacterial guest) is unharmed.  There are literally thousands upon thousands of different species of these bacteria, which are collectively known as the human microbiome or human microbiota —- often called the “Gut Flora”.  Although these bacteria are found throughout the entire body, nowhere are they more ubiquitous than the GASTROINTESTINAL TRACT.  This fact has become so well known that a rapidly increasing segment of the population is now aware that 80% of your entire Immune System resides in the Gut.  Researchers from Department of Microbiology & Immunology at Dartmouth, working in cooperation with researchers from the Center for Nanomedicine of the University of California — Santa Barbara, have published research showing that GUT HEALTH (or the lack of it) can have serious affects as far as developing MS is concerned.

Here are a few sentences from the study’s conclusions.  “The microbiota possesses the capacity to determine susceptibility to CNS demyelinating disease, demanding further investigation of underlying complex commensal–host interactions. Nonetheless, it is an exciting prospect that the gut may well harbor critical environmental factors, which, in association with the appropriate genetic predisposition, may render individuals susceptible to MS. Such findings add credence to the role of the hygiene hypothesis in which excessive hygiene results in the lack of exposure to these potentially protective agents and their corresponding effect on the gut microbiome.”  There is a lot of meat in these few sentences.

The “excessive hygiene” statement is amazing, and something I have been talking about for years.  The truth is, you had better be exposing your infants and children to a wide range of bacteria.  HERE and HERE are starting points.  And beyond that, for heaven’s sake, lay off the ANTIBIOTICS.  In case that was not strong enough for you, keep your children off Antibiotics at all costs!  If you have not yet figured out that Antibiotics are one of the single most destructive medications you could put in your family’s bodies, you need to spend some time reading the posts filed inside the previous link.  One more thing; the “genetic predisposition” they are speaking of does not necessarily mean that if you have a certain gene, you will have have MS.  Take a moment and read a bit about “EPIGENETICS“.