new guidelines for cholesterol and statins

NEW GUIDELINES
FOR CHOLESTEROL
THE MORE THINGS CHANGE, THE MORE THEY STAY THE SAME 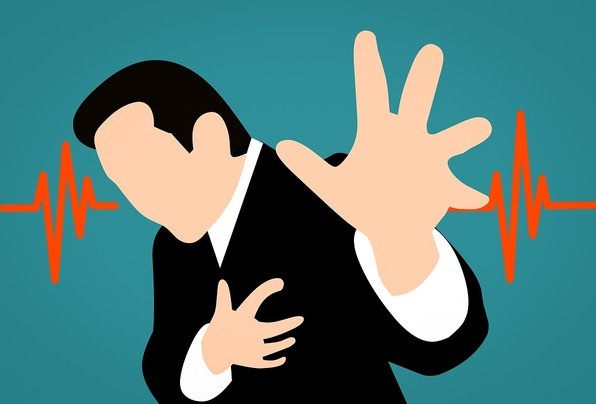 Mohamed Hassan – Giza/Egypt – Pixabay
Recently, the American College of Cardiology (the ACC) and the American Heart Association (AHA) got together for a big meeting in California for the purpose of creating new guidelines for treating Heart Disease.  Despite paying lip service to reducing the risk of Heart Disease by promoting “Heart Healthy Lifestyles” (their stated goal in this department was supposed to be managing lifestyles, weight, and cholesterol levels), we can see from the headline quote at the top of the page where this meeting was headed from the beginning.  Should we be surprised?  Absolutely not!  The same sort of incestuous relationships that characterize politics do a great job of depicting what’s going on in much of the medical / pharmaceutical research profession as well.  Allow me to show you what I am talking about.

The new Cardiovascular Health Guidelines suggest that people should be given STATIN DRUGS, not simply based on HIGH CHOLESTEROL levels, but on the basis of their age, sex, lifestyle (sedentary, smoker, TYPE II DIABETES, blood pressure, etc) and weight.  In fact, the group’s recommendations were so sweeping that if they had their way, (I am not making this up) 1 in 3 American adults would be on these drugs.  Re-read this last sentence and let it sink in a moment.  Also understand that with large scale Socialized Medicine, sooner or later these “recommendations” are going to become “regulations” — something you will be forced to do — quite possibly against your will.

TREATMENT GUIDELINES
The group chose a couple of doctors to actually physically write / type the guidelines (Donald Lloyd-Jones, MD, and Neil Stone M.D. both of Northwestern University in Chicago).  It should be noted what MedPage Today said about these two doctors; “Stone and Lloyd-Jones reported that they had no conflicts of interest.”  This makes you feel all warm and fuzzy until you read a bit further (you know; the fine print at the bottom) and realize that, “Eckel [you will meet him momentarily] reported relationships with Amylin, Eli Lilly, Esperion, Foodsminds, Johnson & Johnson, Novo Nordisk, Vivus, GLAXOSMITHKLINE, and Sanofi-Aventis/Regeneron, and Ryan reported relationships with Alere Wellbegin, Amylin, Arena Pharmaceuticals, Eisai, Novo Nordisk, Nutrisystem, Orexigen, Takeda, Vivus, and Scientific Intake.”  Of the dozens of other doctors and scientists who were part of the Guideline Committee, this is what the rest of the fine print at the bottom said.  “The other members of the writing groups reported numerous relationships with industry.”  Do you have any idea what that really means?  It means that there were so many financial conflicts of interest, it would have taken pages (that would be plural) to list them all?  HERE is more on this topic.

Can we trust these doctors.  Suuuuuuure we can.  And I have this wonderful piece of ocean front property in Arizona that I would just looooooove to sell you —- cheap.  I bought it from George Strait himself!  Seriously people; we have seen over and over and over again that power and money tend to have a corrupting effect on people.  In the quote at the top of the page, Dr. Harold said that these guidelines were made in response to “evidence“.  Evidence?  Don’t kid yourself.  EVIDENCE-BASED MEDICINE is part of the wall of double-speak that the industry leaders hide behind in order to make you think that what they are doing is “scientific“.  It’s always embarrassing when the “evidence” shows that guidelines and treatment(s) are based solely on money.    I promise that DR. KUMMEROW was never invited to be on this committee!

LIFESTYLE RECOMMENDATIONS
Were the lifestyle recommendations any good?  Although the recommendations for people to get of their sedentary butts, quit smoking, and eat healthier foods, were exactly what we would expect, the dietary guidelines left something to be desired.  Dr Robert Eckel of the University of Colorado at Denver, wrote the diet recommendations.  It is exactly what I would expect.   He issued a, “strong recommendation to consume a diet rich in fruits, vegetables, whole grains, low-fat dairy, legumes, fish, poultry, and nuts and low in sweets, sugar-sweetened beverages, and red meats.”  Some of this I would agree with wholeheartedly.  However, the idea that eating a diet high in grains is simply fueling the fire that is AMERICA’S NUMBER ONE HEALTH PROBLEM.  Not to mention, the issue of GLUTEN and GLUTEN CROSS-REACTORS.  If you happened to read THIS POST that I wrote a few months ago, you already know that the majority of practicing physicians pooh pooh the idea of non-Celiac Gluten Sensitivity as a “fad”.

Furthermore, the recommendations say to severely limit red meat.  I have shown you TIME and TIME AGAIN that this is folly.  It is amazing to me how these doctors cannot get the recent past out of their heads when it comes to red meat.  In fact, if you will look at the PALEO DIET, you will see that about half of these “expert’s” recommendations are going to actually cause INFLAMMATORY REACTIONS that lead to a host of disease processes.  I should also note that the way that the guidelines are written implies that while “sugar sweetened beverages” are bad, DIET BEVERAGES are fine.

Then there are the non-dietary recommendations for dealing with OBESITY by Dr. Donna Ryan of Baton Rouge (Pennington Biomedical Research Center on the LSU campus).  She wants at least 6 months of weight loss counseling and intense in-home interventions done by trained healthcare providers.  Firstly, it sounds rather expensive to me.  Secondly; has it been shown to work in the past?  In a word; no.

WHERE ARE WE HEADED WITH ALL OF THIS?
What does all of this prove?  Only what most of my readers already knew.  You cannot trust the government, or the organizations which are funded by the government, to do what is right for your health.  If you are concerned for your family’s health, you’ll have to take the bull by the horns and do it yourself.  Do your own research, figure out what it takes to GET HEALTHY, and then take the steps to get it done.  Never, ever, ever blindly listen to anything that any doctor tells you (self included) without studying the matter out for yourself.  No; it’s not easy.  But then nothing good in life ever is.

Dr. Schierling is licensed chiropractor and world-renowned chronic pain specialist. Dr. Schierling specializes in a holistic approach to helping end his patients’ chronic pain that includes Scar Tissue Remodeling Therapy.
All Posts »
PrevPrevioustreatment for people with ch﻿ronic neck pain and / or headaches
Nextif you think it will h﻿elp, beat me with a baseball bat doc!Next