if you think it will h﻿elp, beat me with a baseball bat doc! 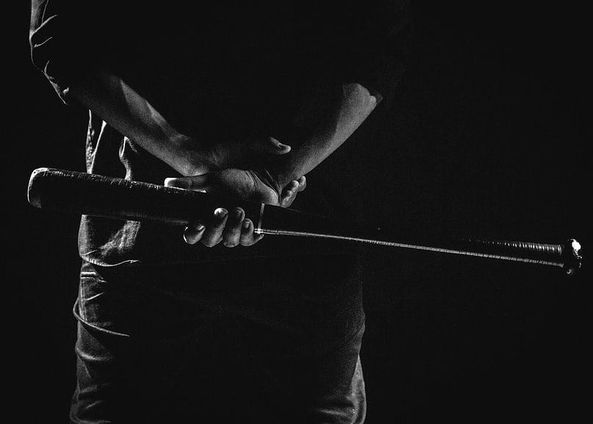 StockSnap
“I would never let anyone do that to me!”  This is a common response when, for the first time, people see patients who have undergone SCAR TISSUE REMODELING.  The reason for thinking like this is understandable.  The bruising can sometimes be SEVERE with a capital “S”.  I always tell these people to thank God above that they do not have to make that decision.  The truth is, most of the folks making statements like the one at the top have no idea what real pain — particularly longstanding CHRONIC PAIN — is all about.  Chronic Pain changes people.  It affects one’s moods.  It affects one’s ability to think.  It affects one’s work.  It can destroy relationships.  It is a significant cause of DEPRESSION.  The truth is, each and every person out there who is dealing with CHRONIC NECK PAIN, PIRIFORMIS SYNDROME, SHOULDER PROBLEMS, or any number of OTHER HEALTH ISSUES, would gladly subject themselves to beatings if they thought that was the solution.  In some cases; it is.

Scar Tissue is relentless.  It never rests or sleeps.  On top of that, Scar Tissue is up to 1,000 times more pain sensitive than normal tissue.  And unless you get rid of it, it is likely to haunt you day and night.  Not that it is an every-day occurrence, but I have literally had patients writhe, cry, and even scream while I treated them.  And when I would stop, they would tell me to keep going (HERE is an example of this — read the comment).  Breaking Scar Tissue (FASCIAL AHDESIONS & TENDINOSIS) is a solution to many people‘s problem(s).  Here are some of the VIDEO TESTIMONIALS from patients who have undergone Scar Tissue Remodeling.

By the way; the patient from the quote at the very top of the page……..?   He decided that he wanted to try Tissue Remodeling for the chronic mid-back pain he had been dealing with for at least three and a half decades.  His was the same story I hear all day long —- “Adjustments are really the only thing that help me.  They just don’t seem to last very long“.  He had severe Scar Tissue between his shoulders, running down into his THORACOLUMBAR FASCIA.  The change was immediate and profound.  He is already planning on having it done again after DEER SEASON is over.