ARE CHILDREN REALLY GETTING THINNER? 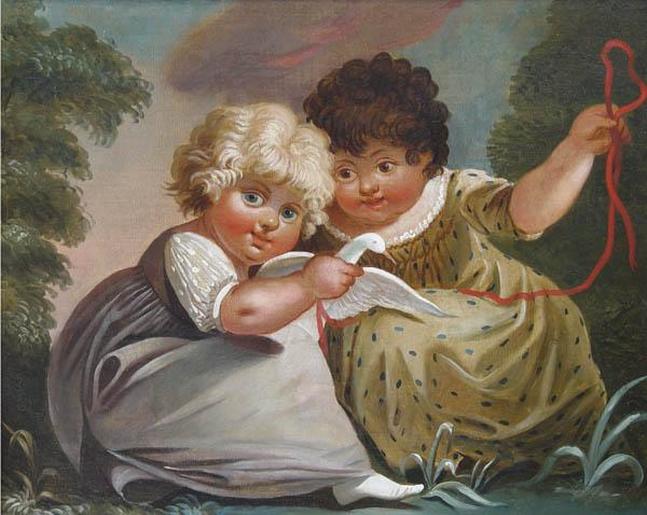 Maybe you saw the recent report from our very own government that childhood obesity in America is not only decreasing, but literally plummeting?  The February 25 edition of the New York Times said that, “Federal health authorities on Tuesday reported a 43 percent drop in the obesity rate among 2 to 5-year-old children over the past decade“.  In fact, the CDC’s director (Tom Frieden) optimistically stated (no pun intended) that, “the scales are tipping,” which “confirms that at least for kids, we can turn the tide and begin to reverse the obesity epidemic.“  Reversing the obesity epidemic.   Sounds great, doesn’t it?  Unfortunately, it seems that they seriously (and probably intentionally) jumped the gun on this one.  The truth is, kids are actually getting fatter than ever.  But this information should come as no surprise to anyone who has been following this issue over the past several decades.

We know that approximately one in three Americans is OBESE, with another third being overweight.  Throw in the 7-8% who are MONW (“Skinny Fat”), and you’ll see that three out of every four Americans is struggling in this area.  A recent study by NHANES (the National Health and Nutrition Examination Survey) concerning children from the ages of 2-19 confirmed this — even though they reported otherwise.  The truth is, childhood obesity has increased by approximately 2.5% over the last 15 years.  And inf fact, in direct opposition to what the government reported, the heaviest of the heavy are actually getting heavier.

If you look at children who are at least 20-40% heavier than the 95th percentile of their peers, you’ll see that this group has increased by (gulp) 100% over the course of the past decade and a half.  Furthermore, because the average child is getting progressively heavier, any given percentile is going to be heavier as well.  In other words, kids who are in the 95th percentile of weight today, are significantly heavier than the 95th percentile of kids 15 years ago.  I was in grade school 40 years ago, and can tell you that there were very few children who today would be considered heavy, let alone obese.  All of this begs the question of how the government looked at this data and reported that children were not only getting less obese, but were getting way less obese.

DATA FUDGING
I have shown you previously that there are any number of ways to set up studies to get the results you are looking for.  More specifically, many researchers use a technique commonly known as “Data Mining”.  When researchers “mine” data, it means that they do their study, and then look at the data to see if there is any conceivable way that it can be twisted to get to the sought after end point.  Oh; I see.  You are one of those people who still believe that scientific research is “independent”, “unbiased”, and “untainted” by financial conflicts of interest.  Trust me.  With our government so deeply entwined with so-called “EVIDENCE-BASED MEDICINE” (HERE is one such example), and drug companies always looking for new ways to cash in, it is difficult to trust anyone anymore.  Science is bought and paid for by the highest bidder.   Mostly it is whatever he who has the most cash says it is.  Don’t believe me?  Check out the link on EBM above.

The way the government got away with it in this particular instance was to start their study from the year 2003, instead of 1999-2000.  2003 saw a sharp spike in childhood obesity (my guess it was due largely to HFCS).  So, when we compare rates of childhood obesity increase today, it (the rate of increase) is less than it was in 03.  This is sort of like our politicians claiming that our government is getting our spending under control.  Their proof?  Our rate of deficit spending is decreasing.  Not that we have balanced a budget, mind you.  But the rate of borrowing has gone from 50 cents on the dollar to 40 cents on the dollar.  The old saying is certainly true.  “Figures never lie, but liars figure.”  However……

When Dr Joseph Skelton (a Wake Forest Medical Center pediatrician) and Dr Ashley Cockrell Skinner (a University of North Carolina professor of ‘Health Policy’) published their brand new study in the latest edition of the Journal of the American Medical Association Pediatrics (Prevalence and Trends in Obesity and Severe Obesity Among Children in the United States, 1999-2012) — a study based on the very same data used by our government —- the results were nearly 180 degrees opposite of what was reported by the CDC.

Drs. Skinner and Skelton concluded that even though the dramatic increase in obesity might be “stabliizing,” “nationally representative data do not show any significant changes in obesity prevalence in the most recently available years.”   Furthermore, the authors went on to say that, “unfortunately, there is an upward trend of more severe forms of obesity (probably the understatement of the day)”  Of course their solution was more research into the cause(s).  Do we really need more tax dollars spent on this issue?  This is NOT ROCKET SCIENCE.  We have a “plugged in” and overly-sedentary society — particularly among our youth.  On top of that, most of these kid’s diets (even SCHOOL LUNCHES) have become so devoid of nutrition, that we are seeing diseases previously only seen in adults, in epidemic numbers of grade school aged children. Unfortunately, this story does not end here.

Just the other day, a study was published in the April issue of the medical journal Pediatrics (Lifetime Direct Medical Costs of Childhood Obesity).  The authors concluded that America’s obese children are going to cost us a lot of money — much of it out of taxpayer’s pockets.  How much money?  Depending on the way the authors calculated, as little as $13,000 per child or as much as $40,000.  If trends continue, not only will we find that their estimates are low, they will barely scratch the surface of what it takes to take care of these folks for the better parts of their lives.  The study showed that if you only consider our nation’s obese / overweight 10 year-olds, the lifetime cost for taking care of these individuals will be in excess of 20 billion dollars over their lifetimes (again, these dollar amounts will prove to be low).