obesity and the relationship to insulin resistance 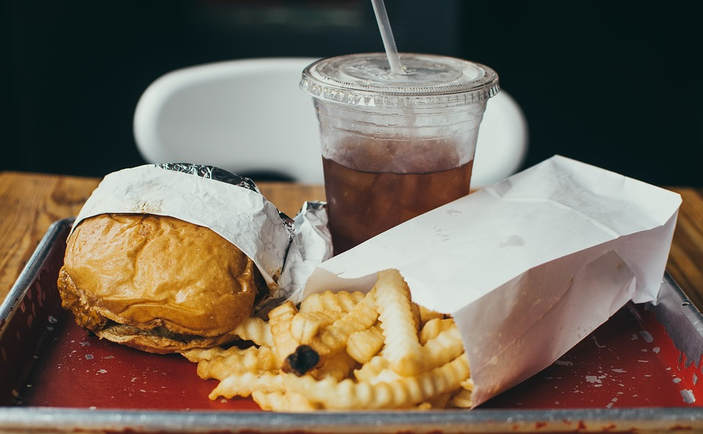 StockSnap from Pixabay
“The obesity epidemic and the consequent development of metabolic syndrome are an increasingly significant health problem, associated with reduced life span and quality of life. Metabolic syndrome is a term given to a condition associated with the collection of a series of risk predictors that are associated with metabolic diseases including obesity, cardiovascular disease, diabetes, and more recently dementia.  Obesity and metabolic syndrome are correlated metabolic diseases associated with chronic low-grade inflammation. Insulin resistance is an important health issue since it flourishes silently much before the onset of such metabolic manifestations. Insulin resistance refers to impaired or failed intracellular transduction of the insulin-mediated signalling cascade in sensitive tissues, especially the liver, skeletal muscle, and adipose tissue.”  Cherry-picked from the June 2015 issue of Oxidative Medicine and Cellular Longevity (Molecular Events Linking Oxidative Stress and Inflammation to Insulin Resistance and β-Cell Dysfunction)
A study published in this week’s issue of Science Transnational Medicine (Excessive Caloric Intake Acutely Causes Oxidative Stress, GLUT4 Carbonylation, and Insulin Resistance in Healthy Men), built on what we learned from Morgan Spurlock’s 2004 documentary, Supersize Me — it does not take very long to get fat and sick when eating a crappy diet.   Below are a few cherry-picked sentences from a popular online encyclopedia concerning the movie.

“Spurlock ate at McDonald’s restaurants three times per day, eating every item on the chain’s menu at least once. He consumed an average of 5,000 calories per day (the equivalent of 9.26 Big Macs) during the experiment.  As a result, the then-32-year-old Spurlock gained 24 lb, a 13% body mass increase, increased his cholesterol, and experienced mood swings, sexual dysfunction, and fat accumulation in his liver (at one point he gained 17 lbs in 12 days).  It took Spurlock fourteen months to lose the weight gained from his experiment by using a diet supervised by his then-girlfriend (now ex-wife), a chef who specializes in gourmet vegan dishes.”

In other words, by the end of the thirty days, Spurlock was both physically and mentally messed up.  This recent study is even more shocking in it’s revelation of just how fast WEIGHT GAIN and INSULIN RESISTANCE can actually occur.  Have you ever been on a vacation or holiday where you lay around watching old movies or one football game after the next, while eating ample amounts of junk food (think about a Christmas break where you are snowed / iced in)?  According to this latest peer-reviewed research from Dr. Guenther Boden’s team from Philadelphia’s Temple University, the price you will pay for a sedentary “binge” of this sort is going to be steep.

Our government’s own National Academy of Medicine says that the average sedentary, middle aged male (30 to 50) should be consuming about 2,200 calories a day.  In this particular study, six “healthy” men were made to lay in a hospital bed for one week, eating almost three times that number of calories (6,200 to be exact) — mostly in the form of high carb / high fat junk (PIZZA, COOKIES, white bread, etc, etc).  The results?  They gained an average of eight pounds each; a bit over one pound a day — on par with Spurlock’s gain of 25 lbs in a month — most of it as BELLY FAT.

Remember, however, that due to the totally sedentary nature of the men in this study, it’s almost certain that they actually lost several pounds of muscle mass, meaning that the weight gain (all fat) was even more pronounced than it appeared.  But weight gain was not the only problem revealed by this study — not by a long shot.  Make sure you are sitting down when you read this next sentence.  It only took 2 days for these men to develop a resistance to the hormone Insulin (Insulin Resistance — a part of the METABOLIC SYNDROME, which, along with HYPOGLYCEMIA, is a precursor to DIABETES).  According to the authors, by day two there were, “severe systemic and adipose [fat] tissue insulin resistance in every one of six study subjects.“

Along with the chemicals we collectively refer to as INFLAMMATION, oxidative stress (oxidation is what causes unprotected iron to rust) was determined to cause the biggest changes to GLUT4 — a protein regulated by Insulin that actually transports BLOOD SUGAR — glucose — out of the blood and into the cells.  Several studies have shown that people who lack the gene for making GLUT4 in certain parts of their brain end up with DEPRESSION and cognitive impairment (“DEMENTIA“); symptoms that certainly jibe with what we saw on Supersize Me.

The authors of this study argue that it is oxidative stress and not inflammation that first triggers the weight gain and insulin resistance.  As far as I am concerned, the point is moot because not only are both essentially caused in the SAME FASHION, you deal with both dietarily the same way as well (HERE).  Because this study showed that oxidative stress is involved, it would naturally follow that a DIET RICH IN ANTIOXIDANTS could be beneficial.  Just remember, however, that research has shown that high doses of chemically synthesized individual antioxidants are not always the best approach.  I bring this up because this is always what researchers are looking for — some sort of chemical or drug that can be patented and sold.

Studies such as this one produce tons of hype about the potential for that “miracle product” that will solve your Diabetes (or PRE-DIABETES) without any effort on your part.  You’ll not need to change your diet or address the underlying Inflammation.   It’s the false hope of drugs and supplements — that there is something out there WITH ZERO SIDE EFFECTS that will allow us to keep living our same old self-indulgent lifestyles, but prevent us from gaining weight or getting sick; or “cure” us when we do.  Products like this are a staple of late night TV advertising.

The body and the foods we eat need to be viewed as a whole.  It’s why I am such a stickler for WHOLE FOODS & WHOLE FOOD SUPPLEMENTS.   Prescribing people an isolated molecule can do amazing things —- for awhile.  But you upset the body’s homeostasis, leading to an array of potential problems.  CORTISONE is one such molecule — ask anyone that’s been on it.  Amazing results; brutal side effects.   If you follow medical logic, we should just be able to give folks GLUT4 and solve their Insulin Resistance problem.  The problem with this approach is that according to a study published in the May, 2002 issue of the Journal of Biological Chemistry (The Insulin-Sensitive Glucose Transporter, GLUT4, Interacts Physically with Daxx), this could potentially produce deadly results.  Daxx is another name for Death-Associated Protein VI — a chemical whose purpose is, among other things, to cause pre-programmed cellular apotosis (death).