can the piriformis muscle be overstretched? 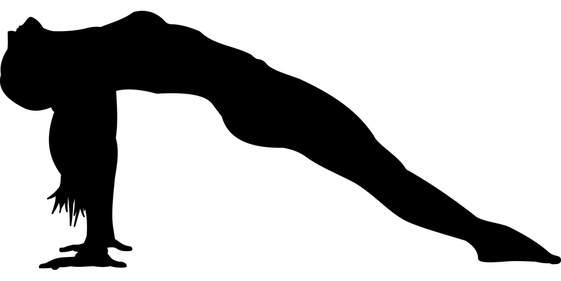 Marta Cuesta – Lena/España – Pixabay
“Cold packs…. are applied after exercise or manual therapy. Cold modalities help to decrease pain and inflammation that may have been further triggered by stretching or massage. Remember to stress to patients the importance of light and gradual stretching techniques for the piriformis muscle to avoid overstretching and possible further irritation to the sciatic nerve.”   From an article titled Piriformis Syndrome Treatment & Management on Medscape.
I certainly did not set out to be the “PIRIFORMIS SYNDROME GUY“.  But due to the results we’ve gotten with great numbers of sufferers (HERE are some of them), it just sort of happened.  PIRIFORMIS SYNDROME has any number of causes, including ADHESIONS OF THE FASCIA, which are extremely common.   After treating patients, I give them STRETCHES.  I have recently changed my protocol for the recommended stretching post-treatment — at least as far as stretching the piriformis / hip is concerned.

I used to simply have people do the stretches — every half hour for three days and every hour for the next week — after working on them.  I still use the same schedule, but with the following caveat; don’t overstretch.  I have recently (within the past few months) had two different patients who each got nearly 100% results as far as their pain was concerned — at least initially.   The first individual for several days, and the other person for one day.  They both felt things start to go south after a session of intense stretching first thing in the morning.  In both cases, the pain settled back down to pre-treatment levels (one of them is significantly better).

I have also seen any number of cases of Piriformis Syndrome caused — or at least contributed to — by heavy duty stretching.  Case in point, an email I had in my inbox this morning.

“It is my belief that I must have sustained an overuse injury of sorts because this all came about after about 4 months of partaking in crossfit classes. There was never a moment when I felt I injured myself, the symptoms just sort of started in my left hip and leg……    Two months of physical therapy with minimal relief. (I continued the stretching program at home on my own but stopped when I developed the unbearable buttocks pain.) “

How do you know if you are one of those people who are going to develop Piriformis Syndrome?  That’s just it; you don’t.  This is why I, although I still recommend stretching of the hip / piriformis area, I want folks to know that the stretches need to be less intense / more controlled.  Interestingly enough, I have not found this to be the case with other areas of the body.  Not sure I have ever seen anyone over-stretch their NECK or SHOULDER after we work on them.  I believe that the mechanism has to do with THE NATURE OF SCAR TISSUE and the fact that by its very nature, it has a “tethering” action that can be very deep.   Below is something I wrote a few years back (HERE is a recent article on the topic).

“I would liken the kind of stretching you have been doing, to trying to undo a loose knot by pulling on both ends of the rope:  No matter how hard you pull, you only make the knot tighter!  Sound familiar?   Think about it logically; if Scar Tissue is a significant part of your problem, stretching is simply tightening the noose!”

The moral of this story is, if you are dealing with PS or hardcore myofascial tightness of the buttock / hip area, stretch but don’t over-stretch.  What does this really mean?  Honestly, I’m not completely sure myself.  Certainly, for those struggling with PS it can be a fine line.  Especially for those of you who are motivated to do whatever it takes to get better (lots and lots of intense stretching) —- especially here in America; the land of, “if a little is good, a lot must be better.”