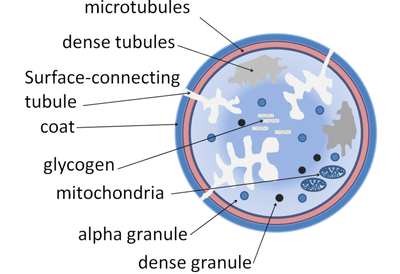 But this did not seem to bridle his enthusiasm for this admittedly “little studied” therapy when he stated, “it is already being offered to patients in many clinics in the U.S. and abroad.”  Tiger Woods knee was the first time I had ever heard of it — and he was treated somewhere overseas a few years ago because the treatment was not yet approved here in the States.  Now, it’s legal in the United States, and seemingly every professional athlete from A-Rod to Payton Manning is having it done.  But what is it?  What are platelets, and what can I tell you about the success rate of this relatively new therapy?

WHAT ARE PLATELETS?
Platelets are a component of the blood that is involved in clot formation.  Too many platelets and you get blood clots, too few, and you have excessive bleeding.  However, the clotting is not what sufferers of TENDINOPATHIES are looking for.  The other important thing to remember about platelets is that they contain numerous growth factors, including transforming growth factor-beta vascular endothelial growth factor, and multiple species of platelet-derived growth factors.  Essentially, these are substances similar to the insulin-like Growth Factors, that induce healing in connective tissues.

HOW DOES PRP WORK?
Blood is drawn from a patient, and then centrifuged to a platelet-rich broth.  The platelets and growth factors are then injected back into the body at the site of injury (knee, ankle, wrist, elbow, shoulder, etc).  Like lots of various treatments, the logic behind it makes sense.  However, it is expensive, with the cost running anywhere from $1,000 on up.  But if it works, who cares how much it costs?  The real question we need to answer is how successful it is?

Although I have personally treated several patients who have been through PRP Therapy, I have yet to hear a patient say that it worked for them.  This sentiment has been echoed by several recent internet articles, including one from The New York Times saying that the the treatment was over-hyped, and that the results left a lot to be desired (not much better than placebo).  One of the more important statements to come out of this article was this, “Although 73 percent of patients given platelet injections improved after a year, compared with 54 percent for steroid injections, Dr. Fu said that was not much success. “Any time you touch a patient, you get 70 percent success,” he said, adding that even placebos give that rate over time.”  I disagree with his statement about placebos having an average success rate of 70%.  If this were true, there would be little need for doctors.  However, comparing PRP to CORTICOSTEROIDS is extremely misleading, as these drugs are known to cause,”short term pain relief and long term degeneration.“

Our country’s oldest scientific journal, Scientific American was pretty much in agreement with the NYT article in an article called, Athletes Such as Tiger Woods and the Pittsburgh Steelers’s Hines Ward Have Undergone Platelet-Rich Plasma Therapy, But is There Evidence that the Treatment Really Speeds the Healing of Injuries?  So, who are we to believe; professional athletes who will swallow or inject literally anything and everything under the sun if they have heard it will help them perform better (i.e. Deer Antler Velvet or HCG — a Female Hormone of Pregnancy)?  And by the way, the study at the beginning of the post was done by a group of doctors with direct ties to Major League Baseball.  Do you think this could have any bearing on the study’s results?

In all honesty, for extreme cases, I kind of like the idea of PRP.  You are using cells and chemicals that actually came from your own body.  It is certainly better than corticosteroids or surgeries that are iffy to say the least.  However, the fact remains that I have not personally seen this treatment work on patients.  But what does work for TENDINITIS / TENDINOSIS / TENDINOPATHIES and other connective tissue problems such as FASCIAL ADHESIONS?  SCAR TISSUE REMODELING is where I would start first.  It will either help quickly, or it will not help at all.  If it does not work, then move on to other more expensive and invasive therapies such as PRP.