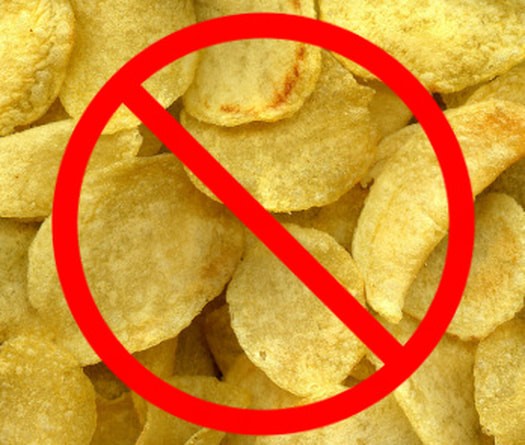 Image by User:Rainer_Zenz
America has always been about community — much more so in the past than now.  When people fell on hard times, someone was there to help pick them up and get them back on their feet again.  Historically, much of this job fell to the Church.  Over time, the church’s failure to do her job created a vacuum; the void of which has been filled by big government.   It’s difficult to argue that our government has not gone far beyond merely helping people get back on their feet again.  It is also quite debatable how much good long term subsidies of anything do — including food (HERE is a simple example).

For most taxpaying Americans, the answer to the question raised in the title seems like a no-brainer.  It’s a question that I addressed SEVERAL MONTHS AGO, as this issue keeps coming up for debate in congress.  Part of the problem though is with OBESITY being such a health catastrophe here in the US; funding any kind of junk food with taxpayer dollars is the equivalent of another subsidy for the Junk Food Industry —- not to mention both Big Pharma and the medical community.

This is a situation where if it really wanted to, the Federal Government could step in and solve this problem with little fanfare.  But they won’t.  In similar fashion to the WIC Program (Women, Infants, and Children), there needs to be some strict limits on what folks can buy on another’s dime.  How about vegetables? Whole chickens would be a good choice as well?  Beans and eggs would also fall into this category.  These are what my generation or older would refer to as “dietary staples”.  Candy, junk food, and heavily processed foods?  I fail to see the logic.  In fact, I think that keeping any and all forms of junk food in SNAP is an impossible position to defend.  But that’s exactly what Dr. Beckmann and numerous other have attempted to do.

I have heard of poor arguments before, but Beckmann’s argument — an argument widely held by many other governmental decision-makers — takes the cake (literally).  It is ridiculous for taxpayers to end up footing the bill for other people’s JUNK FOOD HABITS simply because it would create a ‘stigma‘ for those who use SNAP (Supplemental Nutritional Assistance Program —- the new name for the old “Food Stamp” program).  Sorry, but being able to put absolutely anything one wishes into a shopping cart and then whip out their government-authorized “Credit Card” to pay for it all is not a constitutionally-protected right.  Our country is not only broke, we are approaching 20 trillion in the hole.  Furthermore, medical costs are at an all-time high, with BLOOD SUGAR / OBESITY-DRIVEN DISEASES leading the charge.

Should we be surprised that the same politicians who have been cuddling up with lobbyists from the junk food, processed food, and soda industries, have been on the receiving end of 10 million lobbying dollars this year alone?  That is how desperately these industries are at keeping their products in the SNAP Program.   Must be why the USDA (they administer SNAP) recently blocked attempts by both Minnesota and New York to prevent those on SNAP from purchasing soda or candy.  The USDA’s official response to their blocking the block?  Doing so would, “perpetuate the myth that participants do not make wise food purchasing choices.”  That’s it?  Are you joking me?  This is political correctness and cronyism run amok!

But hey, what can you expect from politicians who have created programs to buy people cell phones and computers?  The cold truth is that WASTE is easy when it’s other people’s money.  This is why socialism / communism never work.  Dr. Beckmann is correct about one thing — this is not simply a SNAP issue.  As a nation, we are making terrible food choices.  But this cycle has to stop somewhere. Email your congressman about this issue.