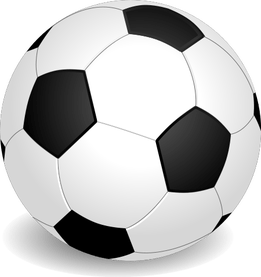 My kids are all good soccer players.  In fact, they have been playing soccer since they were about three years old.  Although I grew up playing football, I have been coaching soccer since the early 1990’s (nope; didn’t have a clue when I started).  One of the very first columns I ever wrote for our local newspaper (probably in 1992) concerned a study showing that soccer “headers” (using your head to contact the soccer ball) were being linked to Degenerative Arthritis in the necks of professional soccer players.  Because we now know that Degenerative Arthritis is caused, at least to a large degree, by abnormal joint motion, it is not a reach to theorize that it is linked to LOSS OF PROPRIOCEPTION, SUBLUXATION, and FASCIAL ADHESIONS as well.   In fact, it has been thought that heading the soccer ball is like repeated miniature WHIPLASH INJURIES whose effects accumulate over time (HERE).   Via TBI, this can lead to AUTOIMMUNITY.  Now we are hit with another study that may be even worse.

If you are even a casual sports fan, you know that other than Tony Parker’s hamstring, concussions (TBI — Traumatic Brain Injuries) are currently the number one discussed SPORTS INJURY.  A brand new study from New York’s Albert Einstien’s School of Medicine (“Soccer Heading Is Associated with White Matter Microstructural and Cognitive Abnormalities“), is shedding some new light on this topic.

The study, from the medical journal Radiology, suggested that soccer players who repeatedly “head” the soccer ball, end up with significant amounts of brain trauma that cannot be explained away by repeated concussions.  According to the study’s conclusions, “Heading is associated with abnormal white matter microstructure and with poorer neurocognitive performance. This relationship is not explained by a history of concussion“.  These findings are consistent with patients who have undergone MTBI (Mild Traumatic Brain Injury), which is why I do not allow headers on the youth soccer teams I have coached.

Dr. Schierling is licensed chiropractor and world-renowned for intervention with persistent chronic pain. Dr. Schierling focuses on a holistic approach to helping end his patients’ chronic pain that includes Scar Tissue Remodeling Therapy.
All Posts »
PrevPreviousfascia in the butcher shop
Nextscience or religion?Next