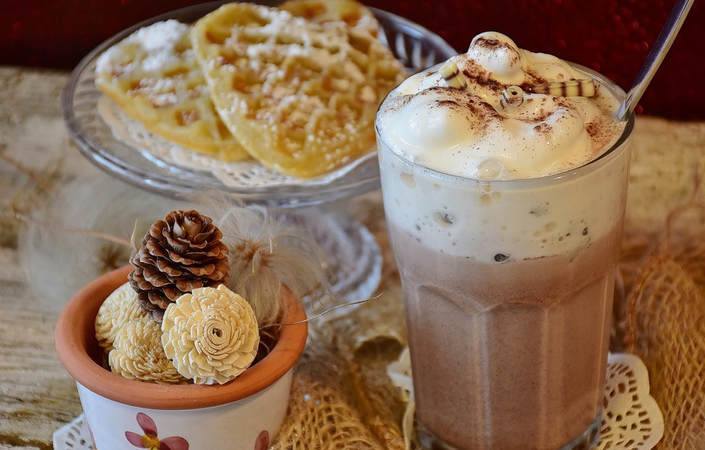 “Eating or drinking too much sugar curbs immune system cells that attack bacteria. This effect lasts for at least a few hours after downing a couple of sugary drinks.”  WebMD (Six Immune System Busters & Boosters)

I have yet to see a quality clinical study that demonstrates that, in normal, not nutritionally or otherwise compromised people, that some intervention can lead to a meaningful increase in immune function and as a result have fewer infections….  If you are normal and in good health, there is nothing you can do to make your baseline better.”  Dr. Mark Crislip of Science Based Medicine from his 2009 article called Boost Your Immune System?  He goes on to say that “I would bet 6 million years of evolution have more or less tuned our immune system to be running optimally, as long as we do the basics of eating well, exercising etc….   All the classic quack interventions: chiropractic, homeopathy, acupuncture, can also boost your immune system by, you know, changing some energy vibration or unblocking something or other…   I will make a prediction: people who use probiotics or other substances that can measurably lead to an inflammatory response, or, have their immune system boosted, will have more strokes, heart attacks and pulmonary embolisms.“

The other day I used Dr. Crislip as my example of how the majority of “EVIDENCE-BASED” physicians feel about things like GUT HEALTH and FMT (and that doesn’t even begin to scratch the surface of how they feel about anything outside of the Western model of medicine).  Part of the problem, however, is semantics.   When we discuss the Immune System, there are numerous components that perform dramatically different functions.  You have the antigen / antibody (humoral) response.  There’s the cell-mediated immune response (T-cells).  There are Killer / Cytotoxic T’s, Helper-T’s, and TREGS (the T-regulatory cells — formerly called T-Suppressors —- that keep the Immune System from spiraling out of control) — and such a wide array of white blood cells (neutrophils, eosinophils, basophils, lymphocytes, monocytes, etc, etc) that we could not begin to discuss all of them.  And this is just for starters.  Oh; and we can’t forget Inflammation.

INFLAMMATION is the collective name of a group of chemicals made by our Immune Systems (HERE).  Do we want to “boost” them?  Maybe on occasion; and if so, just a little bit (FEVER is a great — and often misunderstood example of this phenomenon).  But too much boosting of these Inflammatory pathways can lead to serious — and even deadly consequences (HERE).  Think in terms of AUTOIMMUNE DISEASES — where your body’s own Immune System starts attacking itself, or of the multitude of Chronic Inflammatory Degenerative Diseases (HERE is a short list of the diseases caused by Inflammation).

For the purpose of  today’s post, please realize that when I use words like “boost” or “suppress” I am talking in very generalized / generic terms that my audience will hopefully understand and not take me to task for.  When I speak of

“boosting” the Immune System, this is certainly not the most scientifically accurate way to describe what’s actually going on.   For instance; do we really want our Immune Systems ratcheted up to full bore and blazing away like an M-60 on full-auto?  Of course not (HERE)!   We simply want an Immune System that is fine-tuned and working at its full potential, in exactly the fashion that God created and designed it to work.  Period.  Everything balanced, with no parts working too much or too little.  This is what I deem a healthy (or “strong”) Immune System.

I’ve shown you in two previous posts how SUGAR FEEDS CANCER (and HERE); this after the heaviest of the heavy hitters in the medical community

(MD Anderson, Johns Hopkins, Mayo, The Dana-Farber Cancer Institute, etc) tried so hard to deny it (HERE).  And with all the hubub about how ineffective and scary ANTIBIOTICS are, why aren’t doctors at least making an effort to educate the general public about the link between BLOOD SUGAR and infections of all sorts — particularly now that we have HARD EVIDENCE on the brutally Inflammatory nature of sugar(s) and processed grains (for many people GRAINS IN GENERAL are massively inflammatory).

It is likely that there are many times the number of “﻿FUNCTIONAL DIABETICS﻿” in America as there are actual Diabetics (there are approximately 25 million of the later).  Functional Diabetics are the folks who, even in the absence of blood glucose readings above the magical 125 threshold (where you are “officially” diagnosed with Diabetes), have numerous symptoms of Diabetes or METABOLIC SYNDROME (sometimes referred to as CARDIOMETABOLIC SYNDROME or “pre-diabetes”)  You cannot convince me that this group is not at a significantly higher risk for developing a wide range of infections.  For instance, Diabetics are 25 times, 4 times, and 3 times more likely to develop Listeriosis, Campylobacterosis, and Salmonella respectively.

And finally, it comes down to common sense and personal experience.  Over a hundred years ago, DR. PALMER asked a simple question — a question that still seems to baffle much of the medical community today.  Why?  Why do some get sick while others don’t?   “I desired to know why one person was ailing and his associate, eating at the same table, working in the same shop, at the same bench was not.  Why?  What difference was there in these two persons that caused one to have various diseases, while his partner escaped?”  Although Dr. Palmer believed that the major player in this scenario was SUBLUXATION (on some level he was correct — HERE and HERE), there is definitely more to it than that.  Most particularly, diet.  Why is it when patients heed my advice and start a PALEO DIET, they frequently / routinely / commonly report not only WEIGHT LOSS (OBESITY is considered one of the many “Inflammatory” problems) but fewer COLDS, FLU, COUGHS, SINUS PROBLEMS, UPPER RESPIRATORY INFECTION’S, and other infections?   Not only is there empirical evidence that sugar leads to infection, but the anecdotal evidence is overwhelming as well.

Before we go I want to talk about one more study that was published in in the May 2011 issue of the scientific journal Nature (Metabolite-Enabled Eradication of Bacterial Persisters by Aminoglycosides).  People with weakened (there’s that pesky word again) Immune Systems frequently develop recurrent infections — especially if they are hospitalized.  If these folks end up with Antibiotic-resistant “SUPERBUGS,” they may well be out of luck.  However, certain strains of every type of bacteria are known as “persisters”.  Persisters have the ability to go dormant (metabolically inactive) and just sort of hide-out in their host for many months.  What have scientists done to get the persisters to show their ugly heads so they can be killed?  They are now adding sugar to certain kinds of Antibiotics.  When the persisters come out of their state of dormancy to get the sugar, the Antibiotics can kill them — as long as they are not resistant.

As always, your health and how you decide to take care of it is up to you.  You can poo-poo the evidence showing that infections are just another of the many CONSEQUENCES OF CONSUMING TOO MUCH SUGAR.  Or you can take it to heart and make some changes in your life.   For starters, I would suggest that you do an ELIMINATION DIET and stick with it for at least a couple of months.  You can always go back to your old way of eating if you don’t see some tremendous changes.  For more information, go HERE.