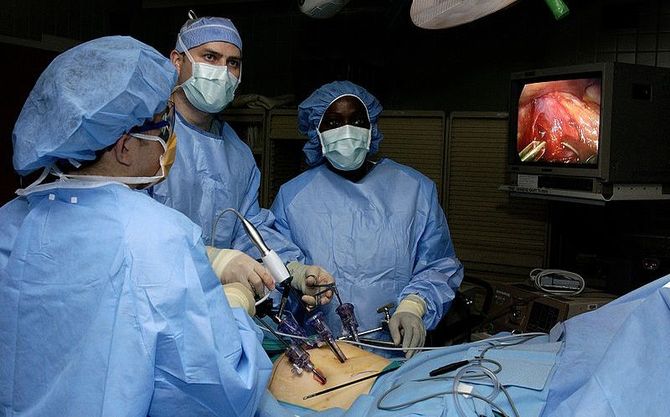 Last months issue of Science Translational Medicine published the results of a collaborative study between Harvard University and Massachusetts General Hospital in Boston.  The study, called Conserved Shifts in the Gut Microbiota Due to Gastric Bypass Reduce Host Weight and Adiposity, contained some mind-bending information on the relationship between one’s weight and Gut Flora (the amount and types of bacteria found in the digestive tract).

Besides containing 80% of one’s Immune System (HERE), the Gut and bacteria contained within are involved in numerous critical functions in the body (HERE).  When these bacteria get out of kilter (too many baddies and not enough of the good guys), it is referred to as DYSBIOSIS.  As you might imagine, ANTIBIOTICS and UNCONTROLLED BLOOD SUGAR are two of the biggest culprits in the various forms of Dysbiosis.

This problem has gotten so out of control that doctors are resorting to some bizarre sounding methods of treatment.  Because Standard Medical Care (drugs) is failing so miserably, all sorts of INFLAMMATORY health problems including AUTOIMMUNITY are now being treated with things like FECAL MICROBITA TRANSPLANTS.  This latest study gives more proof of how we should be thinking about the development of virtually all sickness and disease.

In this study, it was discovered that Gastric Bypass Surgery creates the potential for one to lose weight regardless of the fact that people are likely to be eating much less than they previously ate.  In fact, it seems that for whatever reason, certain kinds of surgeries improve the Gut’s flora, leading to less body fat and more weight loss.  According to Lee M. Kaplan, MD, PhD, of Massachusetts General Hospital in Boston, “These findings provide the first empirical support for the claim that changes in the gut microbiota contribute to reduced host weight and adiposity after RYGB [Gastric Bypass Surgery]“.  Furthermore, the authors concluded that certain normal gut bacteria play a, “substantial role in regulating host adiposity [body fat] and weight loss.“

Does this mean that I am now touting Gastric Bypass Surgery for my overweight and OBESE patients? Certainly not!  The truth is that the sort of changes in Gut Flora that are capable of producing weight loss are attainable without needing to go through the surgery, which can carry a number of serious side effects. If you have been following my blog for any amount of time, this study’s findings would not be totally novel.