the paleo diet: why cheating on an elimination diet is defeating the purpose

CHEATING….
WHY IT’S NEVER A GOOD IDEA WITH AN ELIMINATION DIET 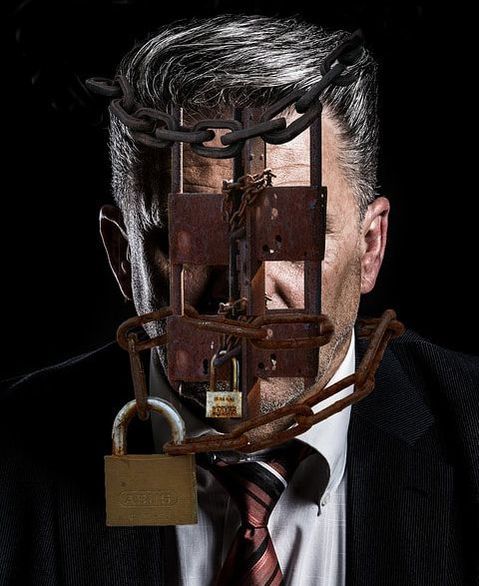 Angela Yuriko Smith – Kansas City/Missouri – Pixabay
Notice that the gentleman on the left is cheating —- he has a couple of cards hidden behind his back.  Cheating at cards can get a person in real trouble.  In fact, sooner or later, they will probably end up dead as a result.  As crazy as it sounds, the same thing can be said of cheating on your diet — particularly an Elimination Diet. The only difference is that the later will take longer. What’s an Elimination Diet you ask?   We’ll get there in a moment.  But before we do, let me give you just a little bit of background information.

Virtually all disease processes (even many of those that we like to blame on “BAD GENES“) start in SIMILAR FASHION.   You are likely reading this post because you have heard about some of the potential ADVANTAGES OF GOING PALEO, and are ready to try it yourself to see if it could help you.  But the truth is, you don’t really know how or where to start.  How in the world do you implement the program? What do you eat?  What about snacks?  What about recipes?  How long does it take to see results?  Most people thinking about going “Paleo” have about a million questions.  Although I have written numerous articles on this particular topic, there is an inexpensive, easy-to-understand book that I recommend you get and read from cover to cover.

An Elimination Diet, as defined by a popular online dictionary involves, “entirely removing suspected foods from the diet for a period of time from two weeks to two months, and waiting to determine whether symptoms resolve during that time period“.  These foods are then added back, one-at-a-time, every few days, in order to precisely determine which food(s) produce adverse reactions.  Although I do believe that in many cases, two weeks is enough time to provide the desired changes, this is not always the case.  To make sure you do not miss anything, I recommend “The Whole 30” — the thirty day Elimination Diet described in IT STARTS WITH FOOD.

WHEN IS IT OK TO CHEAT?

There is a very specific way of eating I almost always recommend for chronically ill patients with AUTOIMMUNE DISEASES, INFLAMMATORY DISEASES, NEUROLOGICAL DISEASES, ESTROGEN DOMINANCE, SYMPATHETIC DOMINANCE, ENDOCRINE ISSUES, FIBROMYALGIA, DEPRESSION, SEXUAL DYSFUNCTIONS, or BLOOD SUGAR / WEIGHT PROBLEMS, is the Paleo Diet.  The Paleo Diet works because it does such a good job of removing the most commonly reactive foods from one’s diet (HERE).  This is critical because your body actually develops Immune System Responses against the offending foods, and as a result, not only becomes a primary driver of systemic INFLAMMATION, but provides the fuel for repeated Antigen / Antibody reactions.

When your body makes Antibodies against an offending invader (a bacteria or virus), it files the blueprint away in a computer-like memory bank.  This is why with most diseases (measles, mumps, whooping cough, chicken pox, etc), you only get them once (the common cold is caused by a virus that is constantly mutating, negating the effects of “Antibody Memory”).  In other words, with many different invaders, your Immune System can recall whether it has created antibodies against it already, or not.   Unfortunately, many people’s bodies perceive certain foods as invaders.  When this happens it creates Antibody Immune Responses against these foods.  Since it’s so common, let’s use GLUTEN — wheat protein — as our example.  As crazy as it sounds, these immune responses can take place with a trigger as low as 20 parts-per-million (PPM).  In other words, if you are sensitive to it, the next time you eat Gluten, your body will remember this fact and react against this perceived “invader”.    What does this mean in practical terms?

It means that if you are on a PALEO DIET solely for weight loss / weight maintenance, the occasional CHEAT DAY is probably not a deal-breaker for you.  Don’t get me wrong; for some people in WEIGHT LOSS MODE, it can be problematic — very problematic.  This is particularly true of those who are really struggling with BLOOD SUGAR DYSREGULATION (including HYPOGLYCEMIA) and / or SUGAR / CARB ADDICTIONS.  Give these people a taste of SUGAR / STARCH, and they become s stark-raving lunatic in search of their next fix (also true of those individuals who have Gluto-morphin or Caseio-morphin addictions to the fragments of Gluten or Milk protein that binds to morphine receptors — HERE).

However, if you are eating a Paleo Diet because you have figured out that you are Gluten Sensitive (or sensitive to other foods or food additives such as dairy, MSG, nitrates / nitrites, etc), cheating can be a huge deal —- particularly during the first month (the “Elimination” phase).  The whole purpose of the Elimination Phase is to calm your Immune System down by totally removing reactive foods from your diet.  If you cheat during this period, not only will you lose perspective concerning where you really are in the process; if you do fire off a reaction, it will likely take anywhere from 2-5 days for your Immune System to settle down and purge the Antibodies / Inflammation out of your system.  In other words, breaking down and eating that bagel on day 12 probably threw a huge wrench in the machine.

YOU CAN DO THIS!

If you chose to do ‘The Whole 30’, I would suggest you absolutely  don’t cheat.   It’s an old cliche, but oh so true in this instance.  Cheating only hurts yourself —- particularly in the “Elimination Phase” of this diet.  Oh, one other thing I need to make you aware of before you start the program —- Gluten Cross-Reactors.  If you understand what GLUTEN CROSS-REACTORS are, you will have a better understanding of why the initial month of your Paleo Diet must be so strict (even stricter than recommended in the book).  But stick with it.  At the very least, the first month of this diet will help you figure out what foods you are reacting to.  Besides that, it is my belief that figuring things out in this manner (rather than dropping over a thousand bucks for comprehensive Gluten Testing) is far more accurate.

I’ve known Wendy for several years, and her husband Steve even longer than that.  When Steve was complaining about CHRONIC GOUT earlier in the year, I suggested he read “It Starts With Food“.  He got the E-version for his Kindle (ten bucks), changed his diet, and soon began to see some amazing changes not only in his gout, but in his overall health.  Getting Wendy to buy in was a bit tougher.  But after reading the book, she wanted to give it a whirl herself.   Determined to do it the right way, once she was in, she was all in.

When people ask me what the best form of exercise is, I always tell them that the most critical thing that you can do exercise-wise, is to eat properly. In other words, the foods you consume are infinitely more important that YOUR EXERCISE ROUTINE.  Unfortunately, most people have no idea what “properly” really means when it comes to diet.

Wendy had been trying to loose a few pounds and get in shape for a number of years — and in some ways had made some progress.   But the harsh reality was, she had been literally killing herself (both physically and time-wise) with a wide variety of exercise, including Zumba, with little to show for it, considering the time, effort, energy, and money she was pouring in.   Via following a strict Paleo Diet, Wendy turned the corner.  Not only has she lost those extra pounds (mostly in the BELLY), she has licked some life-long health problems —- in just a few short months.   Listen as Wendy describes some of the changes that going Paleo has made in her life.  Thanks a ton Wendy.  You and Steve are knocking it out of the park —- way out of the park!   I promise that lives will be changed because of this video.