the relationship between skin and fascia

SKIN AND FASCIA
WHAT IS THE RELATIONSHIP BETWEEN THE TWO? 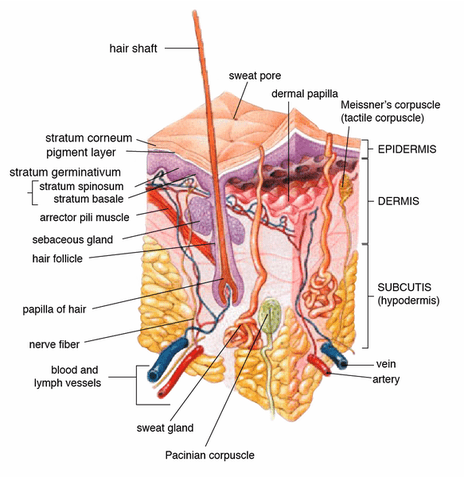 Professors and Plastic Surgeons from France, Austria, and England co-wrote a scientific paper carried in this month’s issue of Experimental Dermatology, called The Dynamic Anatomy and Patterning of Skin.  In the paper, the authors admit that there has been too much focus on the biological structure of skin, and not enough focus on it’s function.   These authors are most interested in the skin’s “dynamic form and function; and how injury, disease or aging results in a dramatic changes to the microarchitecture and change physical characteristics of skin. Therefore, appreciating the dynamic microanatomy of skin from the deep fascia through to the skin surface is vitally important from a dermatological and surgical perspective.”   For the purpose of today’s discussion, we are most interested in “injury,” whether that injury is acute or chronic.

We’ve all heard that skin is the largest organ in the body, and its chief function is to keep pathogens and keep water and other substances in.  While this is largely true, there is so much more to skin than this.  The paper speaks of the three layers of skin; the epidermis (the most superficial layer which contains, “cholesterols and fatty acids that account for the firmness and partial lucidity“), the dermis (middle layer) and the hypodermis (the deepest layer, which is also known as the ‘Superficial Fascia’ — not to be confused with the DEEP FASCIA, which is a major thrust of this website), with the whole thing being on average about 2-3 millimeters in thickness.  For the next time you play Trivial Pursuit, just remember that in each square inch of skin you’ll find numerous blood vessels, over 1,000 nerve endings, nearly 700 sweat glands, and over 60,000 pigment cells.

Facts like this are well and good, but I am more interested in skin’s propensity for, “multidirectional stretch and compression, allowing for low friction gliding movement.  The skin acts as an envelope to the body and is closely integrated to the underlying fascial endoskeleton through retinacular ligaments, blood vessels nerves and lymphatics. Only when skin is diseased, scarred or aged do we appreciate how important this feature is to daily activity.”  Because we see the word “retinaculum” coming up again and again, I want to take a moment to talk about it before we talk more about the relationship of skin to Fascia.

Retinaculae (plural) are similar to LIGAMENTS in that they connect tissues to each other.  Often times they wrap around TENDONS or other tissues in order to hold them in place.  The example that immediately comes to mind is that of the Transverse Carpal Ligament (Flexor Retinaculum) so important in those who have CARPAL TUNNEL SYNDROME.   Also, you will sometimes see the word Retinaculum used interchangeably with the term “APONEUROSES“.   Which brings us to the point where things start to get interesting.

“The fascial endoskeleton or retinacular system is important in determining the limits of skin movement (the gliding of skin over muscle contraction). Specific tethering points from this retinacular system define the appearance of skin, for example, well defined retaining ligaments have been studied around the head that define specific skin compartments of the face and skin retinacula are thicker in glaborous areas such as the sole of the foot and hand so that the skin does not shear easily in these specialized regions. The key concept is that the connections between fascia through to skin act as a continuum for finite movement.”

In other words, there are “retaining ligaments” that “tether” the skin to the Fascia that allow the two tissue planes to glide on each other (HERE are two amazing 8 second videos of what this looks like in real time).  Interestingly, it’s these, “vertical tethers or ‘retinaculum cutis’ which give rise to the troughs seen on the epidermal surface.”  These “troughs” are what we refer to as wrinkles. The authors go on to say that, “when the retinacular system degenerates in aging, obesity and disease, we see a change in form“.  Not only would I add the word ‘injury’ to their list (not a reach as they used the word in the paper’s abstract), I would say that their sentence is a bigger deal than initially meets the eye, simply because when you change form, you automatically change function.  Oh; one more thing the authors say can lead to a loss of form —- “surgical undermining of these retaining structures“.   Just one more way that surgery tends to screw people up (HERE is a common example of this phenomenon).

Not only does the paper talk extensively about the structural / functional changes seen in aged skin, but those seen in OBESITY as well.  “With gross obesity, it can be anticipated that there will be an altered epidermal barrier function, lymphatic stasis [the lymphatic fluid cannot move and gets stagnant] and altered sebaceous gland activity. Histological changes include degraded acellular matrix, spots of inflammation, abnormal collagen architecture, loss of elastin and areas of scar tissue which eventually leads to fibrotic, inelastic and indurated skin, prone to ulceration.”   I would make it a point to look at my articles on INFLAMMATION, FIBROSIS, and SCAR TISSUE, as the authors go on to spend several paragraphs talking about health problems — mostly surgical — that are related to these three issues.

And again, although they are talking mostly about surgical problems, I would contend that much of this information could be (should be) extrapolated to injuries.  “After the resolution of inflammation / injury, scarring and fibrosis in the microvacuolar tissue can result in taut, inelastic, swollen and easily traumatized tissue. Injury also results in a distinct change in the patterning of the capillaries in skin…..”  I would also argue that the research of DR. CHAN GUNN and others suggests that the sorts of “changes” they are discussing affect (“tether” is a good word) the nerves as well as the capillary bed.

I show you this to show you that your SKIN is probably much more related to your FASCIA than you might have previously believed.  When you start looking at PROPRIOCEPTION as well as some of the other PROPERTIES OF FASCIA, including the fact that it’s dysfunction has been tied to virtually every health problem found in the human body (HERE), you start to get a picture of how important healthy skin really is —- especially if you are one of the tens of millions of Americans dealing with CHRONIC PAIN.