the war on dietary fat:  time magazine says it’s over

DIETARY FAT
TIME MAGAZINE DECLARES AN END TO THE WAR 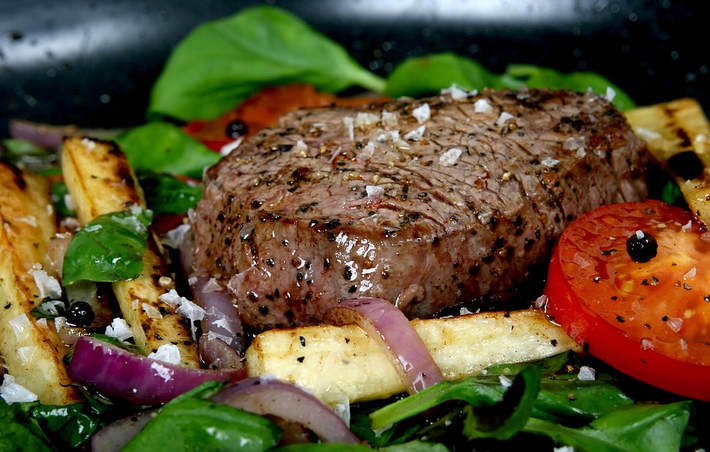 Robert Owen-Wahl (Mediations) – BFK – Pixabay
“Nearly four decades later, the results are in: the experiment was a failure.  We cut the fat, but by almost every measure, Americans are sicker.”  Bryan Walsh from the June 22, 2014 issue of Time Magazine’s cover article (Don’t Blame Fat).

“A bagel is no different than a bag of Skittles to your body.”  Ibid, as quoted by Dr Dariush Mozaffarain (Cardiologist), Dean of Nutrition Science at Tufts University — previous director of the Cardiovascular Epidemiology Program at Brigham and Women’s Hospital as well as an Associate Professor in the Department of Epidemiology at Harvard University’s School of Public Health.

I’ve admitted it before; it embarrass me how I bought into the whole LOW FAT / NO FAT CRAZE of the late 1980’s and 1990’s.  If you are old enough, you remember those years.  You probably remember them as the “whatever you do, stay away from red meat, eggs, and butter because they’ll not only make you fat, they will kill you” years.  These were the days when we were told that margarine (a TRANS FAT) was good for us, and that we could eat all the SUGAR / CARBS we wanted because dietary fat was the real enemy — the thing that made us fat.   With little to go on in the way of EVIDENCE-BASED RESEARCH, our government declared war on this perceived enemy.  How’s that worked out over the past 35 or 40 years?  Look around you at the incredible numbers of OBESE and CHRONICALLY ILL people and answer it yourself.

Walsh does a good job of describing the history of the Fat Free Craze, mentioning everything from the FOOD PYRAMID, to President DWIGHT EISENHOWER’S heart attack, to Ancel Keys’ terrible research, to the fact that for decades, scientific researchers who published anything that did not go along with the government’s position (dietary fat is bad and makes you both fat and puts you at risk for a myriad of health problems) could count on being ostracized / blacklisted by their peer group, who usually happened to also be potential employers.

One of the things I appreciated was the way he hammered the AHA (American Heart Association) and the USDA for their absurd dietary recommendations (6% and 10% of your total calories respectively from SATURATED FAT).  He also mentioned Dr. Walter Willett (he heads up Harvard’s Nutritional Department) and the study he had a hand in back in 2011 (HERE).  Furthermore, Walsh discussed Dr. Rajiv Chowdhury’s (a Cardiologist and Epidemiologist at Cambridge University in England) March study in Annals of Internal Medicine, which was actually a meta-analysis of 80 similar studies.  The conclusion stated that, “Current evidence does not clearly support cardiovascular guidelines that encourage high consumption of polyunsaturated fatty acids and low consumption of total saturated fats“.   Another thing I loved in Walsh’s article was the fact that he talked about the two kinds of LDL (the so called ‘bad’ CHOLESTEROL) and the fact that we are backwards in the way we have been thinking about this (STATIN DRUGS).

I truly think that folks who grew up on a farm have an easier time understanding this whole concept.  Even though it would seem intuitive to believe that eating fat would be the very thing to cause fat to be deposited on your BELLY, your butt, and in your ARTERIES; intuition can sometimes get us in trouble.  Think like a farmer here, and travel back in time with me to the year 1900.  What did people eat? That’s easy.  They ate eggs.  They ate cheese.  They ate butter.  They drank RAW MILK.  They ate large amounts of red meat (including pork).  They fried everything in lard.  The grains they ate had not been GENETICALLY TAMPERED WITH.  They lived out of their gardens, eating all sorts of vegetables and greens.  In other words, they ate nothing but WHOLE FOODS.  And contrary to what we are led to believe today, statistics tell us that if they made it through childhood, their chances of living to a ripe old age were about what they are today (HERE).  Interestingly enough, things like CANCER, Heart Attacks, and TYPE II DIABETES were almost unheard of.  If you want to see what folks looked like back in the “good old days“, simply get a copy of Reminisce Magazine and start flipping pages.   You will quickly realize how rare it used to be to be overweight.  My, how times have changed.  If you throw in those who are SKINNY FAT, over 75% of our nation’s adults are overweight or obese, with children rapidly closing the gap.

I want to shift gears and talk for a moment about weight and how to put it on rapidly.  To do this, I am going to give you a quick lesson in farming.  I grew up in the Flint Hills of CHASE COUNTY KANSAS, but spent the summers on my grandfather’s wheat / beef farm near Inman (between Hutchinson and McPherson).  Although there are several ways that farmers can pack weight onto a beef (HERE & HERE are a couple I do not recommend), the most important pertains to what you feed them.  It’s really quite simple.  Grass-fed beef is like your cattle eating a salad.  Although the animal will grow large, it will not truly become “fat”.  On the other hand, feed a beef grain and watch what happens.  If you want to learn why eating too much grain is problematic, read what FUNCTIONAL NEUROLOGIST David Seaman has to say about it (HERE), or re-read the quote by Dr. Mozaffarain from the top of the page.  Grains (GLUTEN and GLUTEN CROSS-REACTORS) will not only put the pounds on you, but have a wide range of other problems associated with them as well (HERE’S WHY).

Although Walsh does not talk about it, practically all of this boils down to INFLAMMATION.  If you fail to understand Inflammation, what it is, what drives it, how to squelch it, and the fact that it is at the root of most CHRONIC INFLAMMATORY HEALTH CONDITIONS, winning your personal health battles can be extremely challenging.  Without going into immense detail in this article, I would recommend reading THESE POSTS to have an idea of where to begin.  As you might imagine, LOW CARB is the best way to be eating.

Dr. Schierling is licensed chiropractor and world-renowned for intervention with persistent chronic pain. Dr. Schierling focuses on a holistic approach to helping end his patients’ chronic pain that includes Scar Tissue Remodeling Therapy.
All Posts »
PrevPreviouswhy you should be concerned about your belly fat
Next30 year class reunionNext